Dr. Serena Silver, Group Leader for RNA interference (RNAi) Screening Projects at the Broad Institute talks to Tanuja Koppal, Ph.D., contributing editor at Lab Manager Magazine, about the choices that need to be made when selecting reagents and optimizing assay protocols for RNAi-based screens. She points to useful resources that can help people set up their RNAi screens and gives some details on how and why she made her choices regarding RNAi reagents, assay design and screening formats.

Q: With RNAi screens, how do you choose between using small interfering RNA (siRNA) versus small hairpin RNA (shRNA)?

A: It depends on scientific and practical considerations with regards to your screening assay, and your institutional resources. The RNAi Platform at the Broad Institute is also the home of the RNAi Consortium (TRC), which has designed and produced an extensive lentiviral shRNA library, so we have focused almost exclusively on shRNA screens. The beauty of the lentiviral system is the ability to infect diverse cell types, including the traditionally hard-to-get-into cells, like primary neurons, and we are able to determine conditions which allow excellent transduction for almost all cell types. Lentiviral delivery also allows one to do pooled screens and long-term assays that can go on for weeks and months and require continuous delivery of integrated shRNA reagents. It is also a renewable resource in that more lentivirus can be made to express the shRNA for follow-up experiments. There are distinct advantages of using siRNAs, including the many commercial sources and fewer biosafety issues, and they are well suited for assays that will be performed soon after delivery. In arrayed screening, a format with many siRNAs per well can help cut the costs compared to screening shRNAs in distinct wells, but gives up the independent measurements and information about off-target effects gained by independent shRNA tests.

Q: How do you go about picking the right screening assay and format?

A: We like to separate the optimization of the RNAi delivery from optimization of assay readout. They are intimately linked and can become a “which comes first, the chicken or the egg?” type problem, but a good phenotypic assay must generate reproducible results and relate to the biology of interest. Optimizing RNAi delivery involves developing a good transduction protocol, selecting the right conditions for feeding, infecting and selecting cells. Optimizing the assay involves performing it reliably in a multiwell format by eliminating edge effects, reducing background and determining appropriate concentrations for all reagents. This then brings us to the assay format. Some assays, such as ELISAs, often need to be in 96 well plates where enough cell lysate is generated to measure the phenotype, while others such as high content imaging assays can be performed in 384-well plates. Once both transduction and readout are optimal, it is important to go through the entire protocol with small pilot to assess the effects of RNAi delivery on the assay readout. Essentially, my advice is not to skimp on the assay development. The more time you spend on getting the assay right and asking the questions you want answered, the more rewarding the follow-up will be.

Q: Can you give some recommendations on how to go about setting up the right positive and negative controls?

Q: What would you do differently with your assays if you were to do it today?

A: Initially, even though we used the same number of negative controls over the screening set, we did not have them included on every single assay plate. Also the shRNAs for the same gene were right next to each other on the plate, which led to the concern that any plate location effects would bias the analysis for that gene. We have now learned from our mistakes and have randomized the clones across the plate, and have negative controls on every plate.

Q: Do you rely heavily on automation for your screens?

A: The arrayed screens are fairly automated where we use liquid handlers to add virus, and to add and remove cell media or assay reagents. One major focus during assay development is defining the appropriate protocol on the robotics so that the cells are not disturbed by the media changes. However, it’s important to validate your equipment, in terms of precision and accuracy of dispense steps, or they will introduce errors in your screen. With the correct protocol, automation is quite useful and can reduce variability and allow for larger screens. Pooled shRNA screens do not require automation, and may be the most straightforward type of screens for labs that are not looking to invest in automation. In those assays, we infect millions of cells with thousands of different hairpins at the same time, and then deconvolute them using a custom microarray or by deep sequencing.

Q: What are some of the commonly encountered problems with RNAi screens?

A: Contamination can be a big problem. We have more than 100 scientists using our labs and we have established strict protocols for de-contaminating. We perform lot tests on almost everything we make and use in the lab—viral titers, for example, and reagents for transfection and cell culture. We perform PCRbased microplasma testing for all the cell lines and cells that come in. To make sure that the lot tests are cost effective, we use those opportunities to generate more control viruses to replenish our stores for assay development. Once the reagents pass the lot test by tittering, we can mitigate the costs of lot testing by using that virus in the next set of screens.

Q: How can you leverage your relationships with vendors?

A: We have worked with vendors to test and evaluate different reagents. Being a large customer we have been able to negotiate prices on reagents and consumables. We managed to get pre bar-coded plates from our vendor and these barcodes are unique for our Institute. This is proving to be very helpful in tracking plates and has solved some issues with sterilizing plates following our own barcoding.

Q: How do you keep up with and evaluate the new cells and reagents that are continually being introduced in the marketplace?

A: I think it’s important to create a network of like-minded people. Being a part of the RNAi Consortium, going to conferences and talking to other screening groups have all been very helpful. We also get ideas from our collaborators, and the more creative the screen, the more we get to push the envelope in terms of new protocols, new assays, and new types of screens. There are also good online resources for setting up both siRNA and shRNA screens. The TRC website has protocols for lentiviral delivery, including a list of cell lines that have been infected. For lipid-based delivery the ICCB-Longwood screening facility website offers a good comprehensive summary of what is out there. Many vendor websites are also useful resources for reagents and protocols. Starting with conditions that have previously worked in a particular cell type can certainly provide a step up in determining the assay conditions.

Dr. Serena Silver is the RNAi Screening Projects Group Leader for the RNAi Platform at the Broad Institute of Massachusetts Institute of Technology (MIT) and Harvard University. The RNAi Platform is also the home of the RNAi Consortium (TRC), a public-private consortium based at the Broad Institute, developing RNAi reagents and technologies for functional analysis. The first phase of TRC’s efforts involved the creation of an RNAi library consisting of 160,000 short hairpin RNA (shRNA) constructs targeting 15,000 human and mouse genes. The second phase, launched in 2007, focuses on functional validation and making improvements to the library design, with over 150,000 additional shRNAs. Dr. Silver received her Ph.D. in biology from MIT, using the retinal determination network to study crosstalk among signaling pathways. While a postdoctoral fellow in Dr. Norbert Perrimon’s lab at Harvard Medical School, she was introduced to laboratory automation and the large datasets that result from RNAi screening at the Drosophila RNAi Screening Center and continued to study gene networks, examining the role of micro RNAs (miRNAs) in signal-transduction pathways. Presently the Group Leader for Screening in the RNAi Platform at the Broad Institute, she collaborates with dozens of labs on RNAi screening projects, using the lentiviral shRNA library in arrayed and pooled formats. 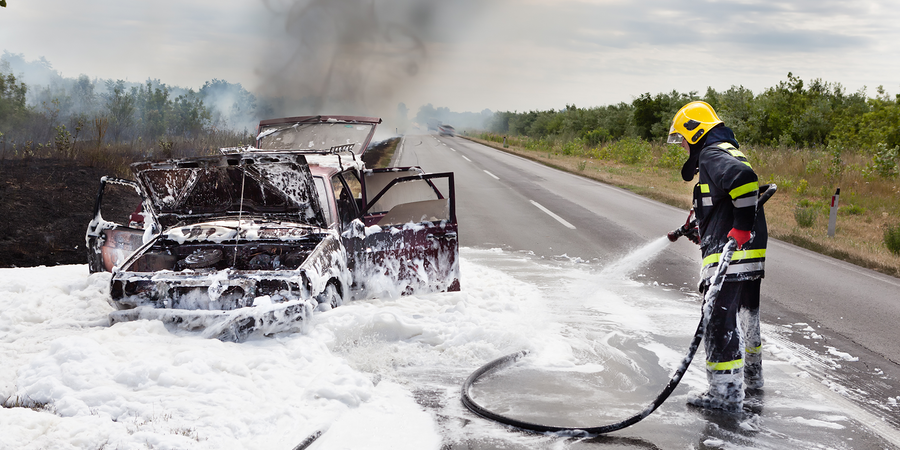 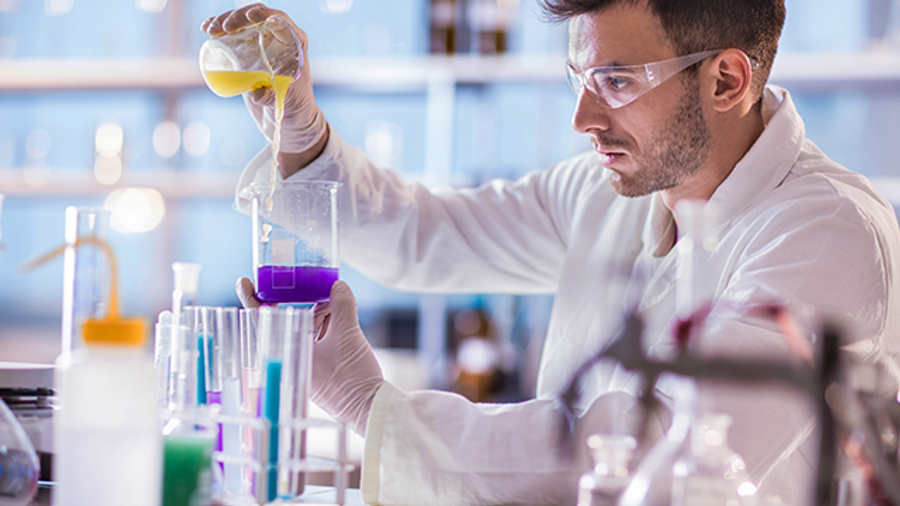 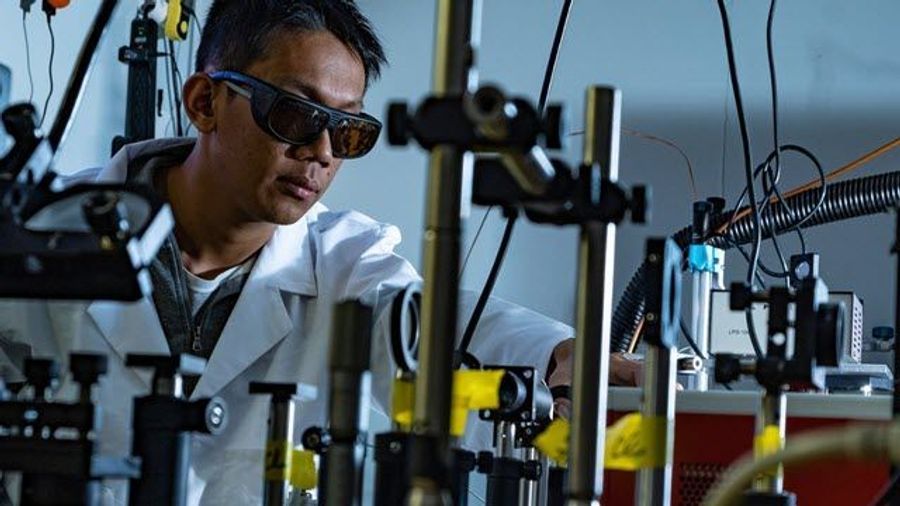