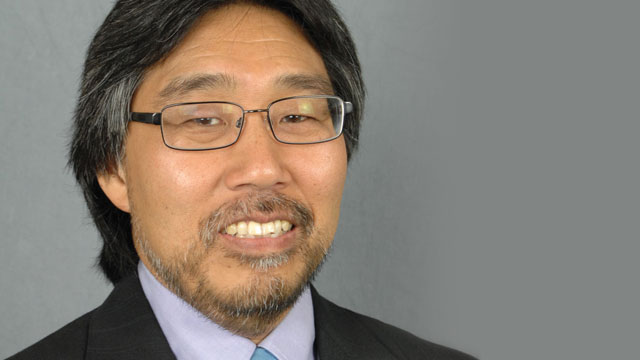 Q: What has changed after your recent investments in high-throughput technologies?

A: Our lab works with adult neural and bone marrow-derived stem cells. The purchase of the HCS system has led to much faster acquisition of data. Prior to acquiring this system, which was about two years ago, we performed cell culture on a 12 mm cover slip, using anywhere from ten to 20 cover slips for testing each independent condition. With the HCS system, all our experiments are now designed on multi-well plates (24 or 96), where we can test multiple cell types and conditions on a single plate and get all the data very quickly.

Q: What prompted you to invest in this technology?

A: A group of us from Iowa State University and the University of Nebraska Medical Center wrote an inter-institutional grant requesting funding from the Department of Defense for working on integrative neuroprotective and neuroregenerative strategies. The rationale for including the HCS system in the grant was to have the ability to rapidly screen multiple experimental conditions in various cell types. We are genetically engineering the bone marrow stem cells as delivery vehicles for therapeutic proteins. We generate different populations of cells and screen them for functions such as adhesion, proliferation, differentiation and migration. This high-content system has a live-cell imaging chamber, which allows us to perform time-lapse imaging experiments simultaneously on many wells. In the past, we had to image a single site on a single sample for the entire time and hope that the site we had initially chosen showed some interesting biology in the end. Often it turned out not to be interesting.

Q: How did you go about evaluating and picking the right equipment?

A: As soon as we were awarded the grant, we contacted different companies that made this equipment and had them come in and give demonstrations. Two companies brought in their systems and spent a couple of days assisting us with imaging our cells. After comparing the two systems, we picked the one that provided us with the greatest flexibility. We have been pleased with the equipment that we purchased from Molecular Devices, and they have been very receptive to our questions. As a part of the purchase package, Molecular Devices brought in its staff to help train us. The on-site training lasted a couple of days, but then we would be on the phone with them very frequently asking additional questions. They are able to remotely connect into our system to help solve any problem. We also bought an additional year of extended warranty to make sure things kept working properly. One of the trickiest parts of the whole process is having people you can trust to use the equipment properly.

Q: Did you have to make any changes after having the highthroughput, automated screening system in place?

A: Despite having the HCS system, we still set up our experiments first on a smaller scale, using glass cover slips just to optimize all the conditions. Once everything is optimized, then we move to the multi-well HCS system so we can get as much data [as possible] out of a single experiment. Design of the experiment is really critical when you are using an HCS system.

Q: Has your bottleneck now shifted downstream with all the data files and images collected?

A: The HCS system comes equipped with data analysis and acquisition software that are quite powerful. It’s been a struggle learning the intricacies of the various software programs, but taking the time to understand how they work and getting the end result have been very satisfying.

Q: What kind of improvements have you seen in terms of time and cost savings?

A: In terms of time, I am sure we can now do experiments at least ten times faster, if not more. Previously, for our time-lapse experiments we would be collecting data for six months to a year to reach statistical significance. Now we can get that same amount of data within a month. By using a 96-well plate, the volume of cells and reagents that we are using is much less, compared to what we used with 35 mm dishes containing three or four cover slips with our cells on them. We do not have robotic systems attached to this instrument for taking plates in and out of the incubator, or for adding and removing reagents, because they would be very expensive to add for what we are currently doing. Typically, this kind of HCS equipment is housed in a screening center or a core lab. Having it in a single lab is unusual, and it has led us to having many more collaborations.

Q: What advice would you give to other lab managers?

A: It’s really important to plan out the experiment and optimize the conditions before using the HCS system and getting all the data. It’s a giant waste if you run the screen and get all the data and later find out that one of the parameters was not used correctly. It certainly happened to us in the beginning. Having this system also helps replicate experiments and conditions, and hence we try to get the maximum data and use from any plate by designing the experiment properly.