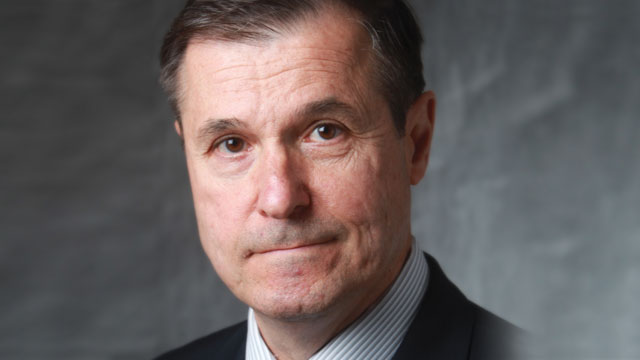 Professor Robert J. Linhardt received his PhD in chemistry from Johns Hopkins University in 1979 and did postdoctoral studies at MIT. He is the Anne and John Broadbent Jr. ’59 Senior Constellation Chair in Biocatalysis and Metabolic Engineering at Rensselaer Polytechnic Institute. His research focuses on glycoscience and he is an expert on glycosaminoglycans. He has received multiple honors, including the ACS Isbell, Hudson, and Wolfrom Awards; the Volwiler Research Achievement Award; and the Scientific American 10. Dr. Linhardt is a fellow of the National Academy of Inventors, holds over 50 patents, and has authored over 800 research articles.

Q: What does your lab do?

Q: How did your lab get involved in CE-MS?

A: A lot of my colleagues work on proteomics while we’re more interested in glycomics, so glycan analysis. With proteomics, there are really good separation methods for peptides that are HPLC [high pressure liquid chromatography]-based, so capillary electrophoresis is not as important, but there is some potential there as well to do proteomics using CE or CE-MS. With carbohydrates, though, they’re very hydrophilic and often they’re very charged. The carbohydrates we work with in particular are highly negatively charged. There are limited ways that you can analyze them on columns and most of those ways would require salts. And those [salts] are generally not compatible with mass spectrometry. So we began working on CE-MS with [an industry] colleague—Qiangwei “James” Xia. He’s very skilled and runs a company called CMP Scientific, which is a small start-up in Brooklyn, New York. [It has] developed something that I think is really important in this area, which is the CE-MS interface.

Q: Why is the interface so important?

Q: How has working with the interface gone so far?

A: We used the interface at CMP Scientific and found that it worked really well for glycan analysis for the types of glycans we work with. Using the interface, we were able to separate by two primary methods used in capillary electrophoresis [see http://bit.ly/2r0zdFX and http://bit.ly/2r0Dl9b], and then we used a simple mass spec method on the separated analytes that relies on an LTQ Orbitrap mass spectrometer that’s available in almost any analytical lab nowadays. We were able to get really good data with [the CMP] interface with both separation methods. So in glycan analysis, we think this type of approach is good. I know James is also interested in peptide analysis, and he thinks [the interface] would work well there also. We knew that both CE and mass spectrometry worked well for us, but once we saw an interface that worked and used it, we were able to apply it and answer some really major questions.

Q: What is your lab currently working on with CE-MS?

A: We’re looking at analysis of biological samples like urine or plasma using this type of CE-MS method. Its advantages over HPLC are that it takes less sample prep [and] requires smaller sample size, and the columns don’t really clog the same way that HPLC columns would because there’s no packing to these columns; they’re open capillary. We’re working with a colleague at the University of Georgia, Jon Amster, and he was able to get an R21 grant from the National Institutes of Health that we’re coinvestigators on. We’re now using CE-MS there on some samples that we’ve prepared to try to do rapid analysis of either biological fluids or drug products. We’re trying to optimize the mass spec side of the interface now, since the CE side is pretty good.

Q: What are some of the key trends in CE-MS?

A: CE is not widely used in the pharmaceutical industry and certainly not widely used by clinical chemists. It’s more of a niche technology, but it has some advantages over HPLC, which is the mostly widely used separation method. Certainly a lot of LC-MS [liquid chromatography-mass spectrometry] is used right now in both the pharmaceutical industry and by clinical chemists. Why we like CE is [that] its resolution is higher than HPLC and LC, and it can be faster. Why there are some issues about it in the pharmaceutical industry and clinical chemistry groups is that, first of all, they don’t have a lot of experience with capillary electrophoresis. Since they have less experience, they go with what they know, which is LC-MS instead of CE-MS. There’s some variability in the time it takes an analyte to go through a CE separation, and that variability makes clinical chemists and pharmaceutical scientists worry about using this technology. But when it’s linked to MS, the migration time variability is less of a problem because MS can measure exactly what’s coming out at what moment. That removes one of the limitations of the method. The idea would be to get [the CE-MS interface] into core laboratories. My colleague at CMP Scientific would love to sell the interface and hopefully promote the use of capillary electrophoresis with mass spectrometry in both the pharmaceutical and biotech industries and also in clinical chemistry labs.

Q: What other applications of CE-MS do you find most interesting or promising?

A: Certainly the glycan analysis is something I’m interested in. Most biotherapeutics today are things like antibodies or recombinant proteins that are glycosylates, so they’re glycoproteins. It’s important to know the glycan component of those products in both the biotech and pharmaceutical industries. In clinical chemistry, they realize that metabolomics and proteomics are really important. Right now, the throughput is pretty low because it takes a long time to do these analyses. If they had an interface that gave them a faster analytical time, then it would just be a question of processing the data faster. So I think that CE-MS will provide shorter run times than HPLC and LC-MS. It’s an important breakthrough.

Q: Where do you see the technology going in the distant future?

A: We develop a lot of new analytical technology in the glycan area. In the distant future, a lot of people are talking about laboratory-on-a-chip analysis. You can do capillary electrophoresis on a chip, on a very small device—so you can miniaturize it. The problem right now is that we can’t miniaturize the mass spectrometer, but people are working on this. NASA is interested in putting mass spectrometers in probes that are landing on Mars or other planets, so I think as miniaturization of mass spectrometry takes place, there is potential there in the distant future of having laboratory-on-a-chip [instruments] that can do this type of analysis. In the not-so-distant future, people are resistant to trying new technology, but I’m sure they’ll find problems that they can solve using this method that they can’t solve using conventional methods.

Q: What do you enjoy most about working with CE-MS?

A: I always like to answer really fundamental questions, and the technology allows us to answer some questions that we couldn’t answer otherwise. I also like to learn from people who design instrumentation and interfaces—the mechanical parts—since, by training, I’m a chemist. I know the chemistry and separations really well, but I’m always interested in working with people who know the instrumentation as well because I learn something new, and that’s always exciting. I always want what we do to move out into the real world. We’re hoping that these types of technologies get applied where they can help people in clinical laboratories or help develop new products in the pharmaceutical or biotech industries.

Q: Any advice for those new to CE-MS or thinking of adding it to their labs?

A: It’s not that different, with this interface, from LC-MS. If they have experience with LC-MS, putting in CEMS doesn’t require very much additional learning. It’s not a big learning curve, and a lot of that learning curve has probably been achieved in developing this CE-MS interface at CMP Scientific. There are other interfaces out there as well, but this one we just believe works really well and it’s pretty simple.