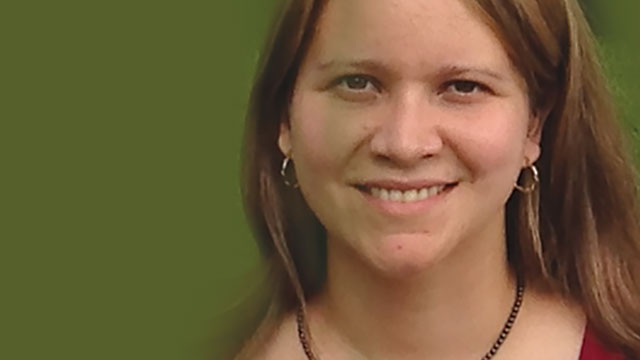 Q: What are some of the latest “green” sample prep techniques out there today?

A: When I was choosing the latest green techniques, I focused on those that had reduced solvent consumption, reduced energy demands, and that use more benign solvents. So some of the things that made it onto my list were supercritical fluid extraction, solid-supported liquid-liquid extraction [SLE], QuEChERS (Quick, Easy, Cheap, Effective, Rugged, and Safe), microwave-assisted extraction, gas-phase sampling, and solid-phase extraction [SPE]. Regarding solid-phase extraction, this is an older technique, but nowadays people are looking at developing the methods following the 12 principles of green chemistry, so in that case, it would be a newer, more green sample prep technique.

Q: Which of those methods have you used in your lab?

A: I have used QuEChERS, SLE, and SPE. QuEChERS was originally developed for multi-residue pesticide analysis and when compared to methods that have been used in Europe over the last 20 years, it’s been shown to reduce solvent consumption up to 95 percent and reduce consumables costs up to 90 percent. So out of these three techniques, it’s one of the greener sample prep techniques. The other two methods can be developed to use less solvent and we can also use solvents that are safer for the environment and also for the analysts, so they are also two green sample prep techniques.

Q: Which technique did you prefer in terms of results?

A: I prefer solid phase extraction because I feel it gives you a lot of options for cleaning up your sample in different ways. However, the SPE method development can be quite intense and it can take a long time if you have a very difficult sample. [In terms of the one I liked to do the best], I think QuEChERS is kind of fun to do; it’s a two-step technique and it’s just a little more interesting since you get to do a few different steps. Also, with the QuEChERS technique, there’s a little less variation. You determine the method that you’re going to use based on the type of sample and sometimes you don’t need to do a lot of method development with that one.

Q: How do the green methods impact workflow in the lab?

A: SLE and SPE can be done in parallel so the lab workflow was improved in comparison to an older technique like liquid-liquid extraction. With the QuEChERS method, however, it’s a two-step method, like I mentioned, and it has an extraction as the first step. That step requires vigorous shaking. I don’t have a lab shaker, so workflow is definitely slower on that step since I can only shake two at a time. In general, some of the other green sample prep techniques can be quite laborious compared to older techniques but as they’re used more, you’d expect this to improve.

Q: You’ve mentioned a lot of the benefits of the different green methods already. What are some of the other main advantages?

A: There are a lot of benefits when you’re substituting more benign solvents. Obviously, the techniques are going to be safer for the chemists and safer for the environment. Waste disposal processes are minimized and the costs for waste disposal may be decreased. If you’re using a solvent that isn’t hazardous waste or if you’re using a solvent where disposal is cheaper, you’re going to see those costs decrease. When you reduce the amount of solvents, you get the same benefits but they are more noticeable. So if you decrease by 50 percent, you’re going to see all the costs go down by 50 percent in addition to the cost of the solvent that you’re using.

Q: Apart from being more laborious in some cases, as you already mentioned, what are some of the challenges of “going green”?

A: When you’re doing extractions, you really need to pay attention to the efficiency and selectivity of the extractions, and some of the greener solvents don’t have high extraction efficiencies. Some of them also show a lower selectivity when extracting analytes from complex matrices, so this is a big challenge.

Q: What are the main things lab managers need to consider when switching to such green techniques in their labs?

A: There are many different ways of going green, so figuring out the best choice for what you’re trying to accomplish can be quite difficult. For example, if you’re using a solvent that is not a green solvent, you might be able to simply substitute a more green solvent and get the required results. On the other hand, it’s sometimes a better choice to keep the same solvent because the extraction efficiency is really high and the selectivity is good, but you could just reduce the amount of solvent that you have. There are also other options; for example, it might be better to just develop a new, greener method from start to finish. That’s one of the main things you need to consider—which way are you going to try to go green? That needs to be done for each and every experiment. You can’t just decide as a lab, ‘I’m always going to reduce solvent,’ or, ‘I’m always going to change to a green solvent.’ Another thing that lab managers should consider as well is, as you’re changing things, you’re going to have some costs associated with the development of the new, greener techniques. So you do have to expect some time and money to be spent in developing the techniques, but then that’ll start diminishing over time as you continue using the techniques over and over.

Q: Where do you see green sample prep going in the future? What changes do you expect?

A: Instruments are becoming more selective and I think that the current trajectory towards greener sample prep methods that provide “just enough” cleanup will continue. I believe there will be continued decreases in sample size and solvent volumes but that there are limitations to this because we still need to ensure good sampling. We can go smaller and smaller, but there is a point at which we need to stop going smaller, and focus on the solvents that we’re using. There are also other parts of the techniques that we might be able to make more green instead of just focusing on the volumes.