Top Image:
One concern with both UPLC and HPLC separations has to do with analytes containing phosphate and/or carboxylate groups, according to Jim Karafilidis of Waters Corporation.
iStock, Serdarbayraktar
Mar 30, 2022Damon Anderson, PhD 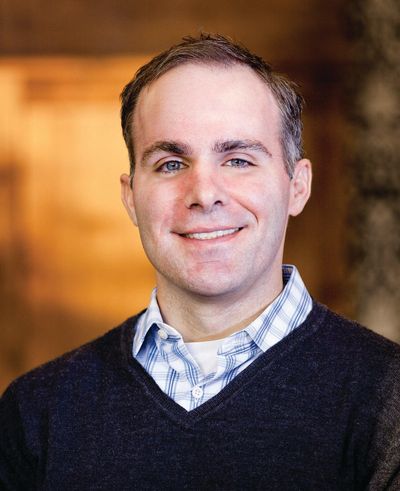 The advent of <2 µm particle columns and the launch of ultra performance liquid chromatography (UPLC) systems enabled high-resolution, fast separation of biomolecules and compounds with unprecedented performance. Jim Karafilidis, principal product marketing manager at Waters Corporation, discusses the latest advancements in UPLC, the lingering challenges of separations performance, and how these challenges can be overcome.

“Common workarounds to address issues with poor peak shape, such as extensive conditioning, increase the time it takes to achieve acceptable results.”

Q: Despite the increased performance, what are the lingering concerns with these separations for certain applications?

A: One concern with both UPLC and HPLC separations has to do with analytes containing phosphate and/or carboxylate groups, which may interact with the metal surfaces in the instrument and column, causing problems ranging from peak broadening and tailing to poor peak area reproducibility to low peak areas. In some cases, analytes can undergo chemical reactions (e.g., oxidation, complexation, or epimerization) that are catalyzed by the metal surfaces in the instrument and column. Metal ions released from these surfaces may also give rise to adducts, which can lead to problems with identifying and quantifying analytes by mass spectrometry.

Q: What applications are of particular concern?

A: The problems caused by interactions with metal surfaces are widespread. The worst effects have been observed for analytes containing multiple phosphate and/or carboxylate groups. Consequently, separations of oligonucleotides, acidic peptides, and cellular metabolites (e.g., tricarboxylic acid cycle, pentose phosphate pathway, and glycolysis metabolites) are particularly concerning, especially when detecting and quantifying low concentrations of analytes. In addition, analytes with phosphate and/or carboxylate groups are often present when analyzing small molecule pharmaceuticals, vitamins, phospholipids, and glycans.

Q: What are the traditional methods used for system conditioning to address challenges of separations performance, and can you briefly explain the concept of passivation?

A: Passivation generally refers to the process of cleaning or restoring the oxide surface layer on metal surfaces. Solutions of acids such as nitric acid are often used for this. Conditioning refers to steps taken to prepare the system and column for a particular analysis. Common approaches involve injecting a solution of the problematic analyte(s) at a higher mass load than found in the sample, making sacrificial injections of the sample until consistent results are observed, and/or flushing the system and column with a solution of a metal chelator such as ethylenediaminetetraacetic acid. In some cases, a chelator may be added to the mobile phase or the sample.

Q: How can the passivation requirements be overcome?

A: There are three ways to eliminate the need for passivation. The first is to properly prepare samples to quantify proteins and peptides by LC/MS. There are autosampler-ready vials and plates with specific surfaces to reduce sample loss to non-specific binding.

Third, modern columns can be equipped with surfaces that reduce non-specific binding, and can reduce variability and save time, while increasing recovery and sensitivity. Each of these improvements working together can maximize separations performance.

Q: What are the benefits of better peak shape and more complete sample resolution for applications such as small-molecules, lipids, oligonucleotides, and other analytical separations?

A: The benefits of better peak shape are greater resolution of analytes that have similar retention times, higher sensitivity, and improved peak integration. The resolution benefit is particularly important when separating samples that contain many analytes, as in proteomics, metabolomics, and lipidomics applications. Also, because the interactions that cause poor peak shapes vary from injection to injection, mitigating those interactions results in improved precision. Common workarounds to address issues with poor peak shape, such as extensive conditioning, increase the time it takes to achieve acceptable results. By mitigating interactions with metal surfaces, new systems and columns provide improved accuracy, precision, and increased sensitivity for metal-interacting analytes, as well as a reduced need for time-consuming conditioning.

Q: What are some features of systems built to optimize nanoflow applications, such as plasma proteomics?

A: Systems built with non-ferrous materials, titanium in its metal components, and surfaces designed to reduce non-specific adsorption are valuable in nanoscale applications in a number of ways. Proteomics and lipidomic experiments often result in small sample sizes that necessitate nanoflow separations upstream of mass spectrometry. Metal catalyzing and binding proteins in these samples may interact with traditional steel components, thereby depleting or contaminating the samples. Mass spectrometry downstream of nanoflow separations can reveal very small changes in mass (m/z) and/or abundance in samples. Influences due to the metals and surfaces at the separations step can have dramatic impacts at the mass spectrometry step, confounding results.

Advanced materials and surfaces designed to minimize metal interactions will be critical in areas such as plasma proteomics where analytical sensitivity and precision are paramount for determining true physiological variations between clinical samples.

Jim Karafilidis is the principal product marketing manager for Waters Corporation, where he has worked for five years in the LC systems group.