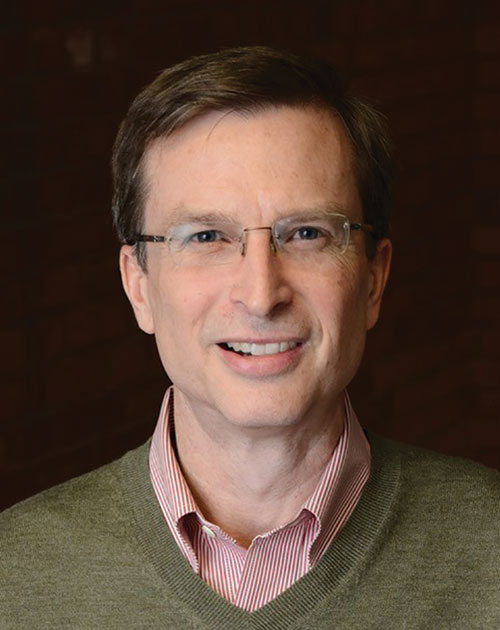 Craig Crews, PhD, John C. Malone Professor of Molecular, Cellular, and Developmental Biology at Yale University, talks to contributing editor Tanuja Koppal, PhD, about the discovery and development of proteolysis targeting chimeras (PROTACs), a new modality that is being explored for both drug discovery and therapeutic applications. He discusses the potential opportunities and current limitations of this approach, stating that big pharma is increasingly turning to academia and biotech companies for breaking new ground.

Q: Can you talk about what led to the development of PROTACs?

A: My background is at the interface of chemistry and biology. One of my first projects as an independent faculty member at Yale University 25 years ago was to develop an inhibitor of the proteasome. The proteasome acts as the recycling center of the cell and degrades proteins. This small molecule inhibitor [Kyprolis] that we developed could block the recycling center, allowing waste proteins to accumulate and causing tumor cell death. This got me interested in the concept of controlled proteostasis. Can we control the function of a particular protein by manipulating its intracellular concentration? Instead of blocking protein degradation, can we selectively induce protein degradation?

A deep understanding of the workings of the ubiquitin-proteasome system (UPS) and the E3 ligases, which were responsible for tagging the proteins for degradation, was required, and we found a way to hijack this naturally occurring cellular machinery. We came up with the idea of a two-headed, dumbbell-shaped molecule where one end of the molecule engages with the UPS, while the other end binds the protein that needs to be eliminated. These PROTACs could then induce degradation of the protein of interest just by bringing it closer to the degradation machinery using a linker molecule. Arvinas, the biotech company that I helped start in 2013, certainly shows that we can take this elegant cell biology concept and turn it into a new therapeutic modality. Many academic labs and biotechs are now looking at cellular systems, besides the UPS, that can be hijacked for therapeutic benefit.

Q: Can you discuss some of the existing opportunities and limitations in the use of protein degradation for therapeutic use?

A: The advantage of this new drug modality is that it’s catalytic and each molecule can engage multiple rounds of target protein for degradation. Hence, in theory, one would need less of the drug to achieve the therapeutic effect. The bigger advantage is that, using this approach, we can target 75 percent of the proteome that includes proteins with no enzymatic active site. These previously undruggable transcription factors, scaffolding proteins, and other regulatory proteins can now be targeted for destruction using this approach. The future lies in developing small molecule binders that have no biological consequence and incorporating them into this two-headed chimera to create PROTAC degraders, that can target thousands of proteins that are currently not pharmaceutically vulnerable. Arvinas has two orally active molecules in the clinic that are well tolerated and have good biodistribution. Even though some of their pharmaceutic properties are out of the bounds of traditional medicinal chemistry averages, it’s certainly possible to turn these molecules into drug candidates, and hopefully, into successful drugs.

The current limitation of the approach is that we haven’t quite fully explored the technology, as the field is yet to mature. The E3 ligases that are currently used are ubiquitously expressed, but wouldn’t it be nice to have targeted protein degradation in specific tissues? There are efforts underway to explore tissue-specific and disease-specific E3 ligases. There is also work that I am doing related to conditional protein degradation, where degradation occurs only under certain conditions. For instance, I have published work on phospho-PROTACs, where extracellular degradation is only induced in the presence of certain growth factors. Another example uses photo-switchable photoPROTACs, and I predict there will be more such results published in the future.

Q: What advice do you have for our readers who are looking at developing and using new drug modalities?

A: I would advise people to resist buying into prejudices. Just because it hasn’t been done before, doesn’t mean it can’t be done. Often new modalities need an advocate, and if you accumulate enough data to convince the naysayers, then in the long run you will succeed. In 2001, I started with a very academic chemical biology approach where the molecule had a strong peptidic nature and had many pharmaceutical liabilities associated with it. After publishing many papers with that molecule, around 2009, I decided to take a leap. Three years later, through the efforts of many people, we replaced that tool peptide with a more drug-like molecule. With a small molecule version of that chemical biology concept, it was easier for people to connect the dots and see how it could potentially be a drug.

Q: Can you describe the work that you are doing to help scientists translate their discovery into practical applications?

A: Looking at the mergers and acquisitions over the last 30 years, you realize that there is less R&D happening at big pharma companies and they are largely focusing on external innovation driven by academia and biotechs. However, there is a potential bottleneck in that—the ideas coming from academia being translated into new biotechs are not fast enough to keep up with the demand from large pharma. I wanted to address this inefficiency in the system to figure out how we can accelerate the translation of ideas coming out of academia into a data package that was sufficiently attractive to the venture capitalists (VCs) to look at. The Valley of Death refers to one side where you see how far an academic researcher can possibly take the project, and on the other side you see the de-risked projects that investors want. The Program in Innovative Therapeutics for Connecticut’s Health (PITCH) is essentially a vehicle to help academics cross the Valley of Death. Using PITCH, we have developed a system where professional drug developers work in academia, alongside the faculty, to get to the point where the project is de-risked and lucrative to VCs.

Dr. Crews is the John C. Malone Professor of Molecular, Cellular and Developmental Biology and holds joint appointments in the Departments of Chemistry and Pharmacology at Yale University. He graduated from the University of Virginia with a BA in chemistry and received his PhD from Harvard University in biochemistry. His laboratory has pioneered the use of small molecules to control intracellular protein levels. In 2003, he co-founded Proteolix, Inc., whose proteasome inhibitor, Kyprolis™ received FDA approval for the treatment of multiple myeloma. Since Proteolix’s purchase by Onyx Pharmaceuticals in 2009, Dr. Crews has focused on a new drug development technology, which served as the founding intellectual property for Arvinas, Inc.

Best Practices: How to Automate Flow Cytometry for Screening and High Throughput Applications

Best Practices: How to Automate Flow Cytometry for Screening and High Throughput Applications