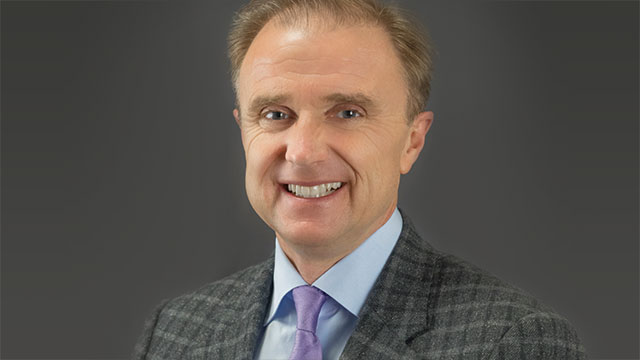 Laurence J.N. Cooper, MD, PhD, chief executive officer, Ziopharm Oncology, discusses
the development of new cell therapies for treating cancers that have been made possible
by advances in technologies for gene editing, gene delivery, and cell manufacturing. The
development of such targeted therapies for cancer is certain to give rise to many options for
patient-specific treatment of the disease, beyond traditional small-molecule chemotherapy and
antibody-based drugs.

Q: What are some of the limitations of the traditional small molecule and antibody-based treatments for cancer?

A: For decades, industry and academic researchers have focused on developing small molecules and antibody-based therapeutics to fight cancer and, in doing so, greatly increased the therapeutic options for patients. Chemotherapies have been shown to induce cell death in rapidly dividing cancer cells, but unfortunately, many of these therapies are cytotoxic and have had the same effect on noncancerous cells as well. In addition, small molecules and antibodybased therapies also face limitations, as clinicians are forced to explore combination regimens to maximize the therapeutic window and, in many cases, these combinations prove to be too toxic and are not effective enough. Lastly, these therapies tend to be forgetful, shortlived, and unidirectional, and by that, I mean we are forced to deliver multiple doses over time, all the while hoping our patients do not develop resistance.

Q: How can cell and gene therapies help overcome the above limitations?

A: Gene and cell therapies have demonstrated advantages over traditional small molecules and antibody-based treatments, as immunotherapies that work with a different mechanism of action. Chemotherapy fundamentally separates friend from foe because the cancer cells divide faster than healthy cells, and the chemotherapy agent attacks and kills the dividing cells. On the other hand, cell- and gene-based immunotherapies can actually recognize cancer cells, not by their ability to replicate, but because these cancer cells act as foreign invaders, and thus look different to the immune system. Some genetically modified T cells express targeting molecules called chimeric antigen receptors (CARs), which can help distinguish friend from foe. Unlike with small molecules and antibodies, this ability to detect and react to the threat of invading cancer cells can be programmed to be long-lasting, and because these are “living drugs,” the numbers of cells can swell over time to meet a threat such as a large burden of cancer. With genetically modified T cells we can not only program the immune system to attack cancer cells, but also remember to attack these same cancer cells if they come back.

Q: What are some of the pros and cons of viral versus nonviral gene transfer?

A: We believe our Sleeping Beauty system for nonviral gene transfer offers many advantages over currently approved, virus-based gene therapies. Sleeping Beauty has the potential to bring a targeted immune therapy to patients in a fraction of the time and cost necessary for virus-based therapies. For example, the T cells do not need to divide or replicate to undergo gene engineering with the Sleeping Beauty system, and this removes the need to culture T cells for long periods of time in bioreactors before they are infused. In other words, we have demonstrated the ability to manufacture genetically modified CAR-expressing T cells without using viruses. We call this technology point-of-care, which greatly reduces the time for manufacturing and cost. Specifically, Ziopharm is advancing Sleeping Beauty to very rapidly produce human T cells expressing CARs that target CD19 in patients with blood cancers.

Q: Can you explain your work with genetically engineered T cells? What technologies were used and what were the findings?

A: In collaboration with researchers at MD Anderson Cancer and our industry partners at Precigen, Inc., a wholly owned subsidiary of Intrexon Corp., we are advancing Sleeping Beautymodified T cells. We have developed a process using electroporation to genetically modify CAR T cells so these cells coexpress CD19, our target antigen for blood cancers, membranebound interleukin 15 (mbIL15), which serves as a growth factor to support our modified CARs, and HER1t to serve as a safety switch. Technologically, we use electroporation to transfer DNA plasmids from the Sleeping Beauty system into resting T cells suitable for infusion. Droplet digital PCR (ddPCR) enables us to determine the presence of the administered T cells. Our ddPCR assays contain probes specific for the CAR, which can detect and quantify the genetically modified T cells, enabling researchers to determine the persistence of the CAR-expressing T cells.

Q: How well has your immunotherapy approach worked in the clinic?

A: Ziopharm is advancing its nonviral Sleeping Beauty platform using its point-of-care technology toward firstin-human trials, which are expected to commence this year. This will be our third-generation trial, building on two prior studies. Data presented from firstand second-generation clinical trials demonstrate safety, tolerability, disease response, long-term survival, and persistence of infused CD19-specific CAR+ T cells. Preclinical studies using our pointof-care approach showed that CAR+ T cells coexpressing mbIL15 and a control switch manufactured within two days do not require activation or propagation in tissue culture to achieve antitumor effects and prolonged T cell survival.

Q: What developments are you working on now, in terms of getting to safer and more targeted therapies for cancer?

A: In addition to CD19, we believe we can use the Sleeping Beauty platform against many different targets. We are collaborating with the National Cancer Institute (NCI) to initiate a Phase 1 trial this year to evaluate adoptive cell transfer (ACT)-based immunotherapies genetically modified to express T cell receptors (TCRs) for the treatment of solid tumors. Ziopharm, Intrexon, and the NCI last year entered into a cooperative research and development agreement to develop and evaluate ACT for patients with advanced cancers. This is done using autologous peripheral blood lymphocytes genetically modified with the nonviral system to express TCRs that recognize specific immunogenic mutations, or neoantigens, expressed within a patient’s cancer. Also, we are advancing Ad-RTS-hIL-12 plus veledimex, or controlled interleukin-12 (IL-12), as a gene therapy for recurrent glioblastoma (rGBM). Ad-RTS-hIL-12 is an adenoviral vector administered via a single injection into the brain tumor and engineered to conditionally express human interleukin-12 (hIL-12). The expression of hIL-12 is modulated with the RheoSwitch Therapeutic System® (RTS®) by the small molecule veledimex, an activator ligand that has been shown to cross the blood-brain barrier. A Phase 1 trial produced compelling data demonstrating the safety of controlled local expression of IL-12 and showed that IL-12 can turn previously cold tumors into hot tumors, which could have a profound impact on oncology treatments, in general.