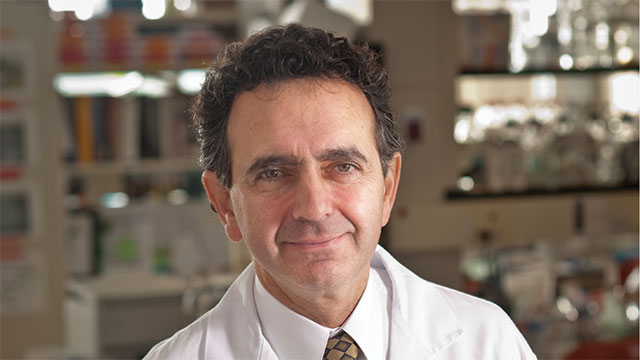 Anthony Atala, MD, director of the Wake Forest Institute for Regenerative Medicine (WFIRM), talks to contributing editor Tanuja Koppal, PhD, about the possibilities regarding the recent advances in 3-D bioprinting. He discusses some of the existing challenges while elaborating on the diverse applications that are being served using this ground-breaking technology.

Q: Can you provide some perspective on the progress that has been made in 3-D bioprinting in recent years?

A: The field of 3-D bioprinting has really advanced over the past few years as the need for these technologies increases. For example, we have implanted a variety of lab-engineered tissues and organs into patients, but we know that to make these treatments more widely available, we must scale up the manufacturing process. We turned to 3-D bioprinting about 15 years ago as one way to accomplish this, and we then spent a 13-year period developing what we call an Integrated Tissue and Organ Printing System (ITOP). In early 2016, our research published in Nature Biotechnology showed that we could engineer tissues that developed a system of nerves and blood vessels when implanted in experimental models. We showed that these structures had the correct size, strength, and function for use in humans, proving the feasibility of printing living tissue structures to replace injured or diseased tissue in patients.

Q: What were some of the early challenges in using the technology and what remains to be addressed?

A: An early challenge was to produce human-scale tissues because larger tissues require additional nutrition. We have optimized the water-based “ink” that holds the cells so that it promotes cell health and growth, and we have printed a lattice of micro-channels throughout the structures that allow nutrients and oxygen from the body to diffuse into the structures and keep them alive while they develop a system of blood vessels. Solid organs, such as the liver, kidney, and heart, are the most difficult to print and still remain a challenge. Solid organs require billions of cells, and because they have high oxygen requirements, we must find ways to supply them with oxygen until they integrate with the body.

Q: Can you offer some details on how 3-D bioprinting is advancing drug discovery and therapeutics?

A: We have used the 3-D printing technology to successfully engineer microsized 3-D organs, known as organoids, and connected them together on a single platform in order to monitor their function. Known as body-on-a-chip, we are using micro hearts, lungs, and livers to mimic how the human body responds to medications. Body-on-a chip is basically a miniaturized system of human organs to model the body’s response to harmful agents and develop potential therapies. Human cells are used to create tiny organ-like structures that mimic the function of the heart, liver, lung, blood vessels, etc. Placed on a two-inch chip, these structures are connected to a system of fluid channels and sensors to provide online monitoring of individual organs and the overall organ system.

Q: How reliable and reproducible is the data obtained using these 3-D models and
organoids? Are there some limitations or caveats that people need to know about?

A: 3-D models for personalized medicine, such as body-on-a-chip systems, are now being used for drug and toxicity testing, but it is important to realize that although these models are vastly better than 2-D cultures, they are still not fully equivalent to the human response. We still have toexercise caution and not assume that the outcomes will be exactly the same in humans. Nonetheless, these systems will have a great impact on choosing the best potential therapies for patients.

Q: What are the applications of 3-D bioprinting in regenerative medicine?

A: The applications of 3-D bioprinting in regenerative medicine are promising. Currently, there are simply not enough donor tissues and organs to meet demand. Regenerative medicine offers the hope of engineering replacement organs in the lab to solve this shortage. And because these organs would be made with the patient’s own cells, there would be no issues with rejection as there are with organs from donors. At our institute, we are working to develop cell therapies and replacement tissues and organs for more than 40 different areas of the body. Projects range from blood vessels to kidneys to cell therapies for both lung disease and hemophilia. We are pursuing multiple strategies, including 3-D bioprinting, to move our projects forward to meet our ultimate goal—making patients’ lives better.

Q: Are there new trends and technologies that you are excited about or that you consider to be game changers in the field?

A: One of the major trends in 3-D bioprinting involves the need to standardize and automate manufacturing, like Henry Ford did with the automobile assembly line. Last year, Wake Forest Institute for Regenerative Medicine announced the launch of a five-year, $20 million effort involving a public-private partnership with the goal of improving the additive manufacturing processes to hopefully speed up the availability of replacement tissues and organs for patients. The partnership involves the Regenerative Medicine Manufacturing Innovation Consortium, comprising more than 80 industry and academic partners; the Regenerative Medicine Development Organization, a nonprofit that manages the consortium; the U.S. Army Medical Research and Materiel Command; and the U.S. Army Medical Technology Enterprise Consortium (MTEC).

Dr. Anthony Atala is the director of the Institute for Regenerative Medicine, and chair of Urology at Wake Forest School of Medicine. Dr. Atala is a recipient of the U.S. Congress-funded Christopher Columbus Award, the World Technology Award in Medicine, the Samuel Gross Prize, the Innovation Award from the Society of Manufacturing Engineers, and the Edison Science/Medical Award. He was elected to the National Academy of Medicine in 2011, and to the National Academy of Inventors in 2014. His work was listed twice in Time magazine’s top 10 medical breakthroughs of the year. He was named by Scientific American as one of the world’s most influential people in biotechnology in 2015. He also received the Innovator of the Year award from R&D magazine in 2016. Dr. Atala has led several NIH working groups and is the founder of the Regenerative Medicine Foundation. He heads a team of over 450 researchers, and 12 applications of technologies developed in his laboratory have been used clinically. He is editor-in-chief of Stem Cells Translational Medicine and BioPrinting. He is editor of 14 books, has published over 500 articles, and has applied for or received over 250 national and international patents.