Thanks to federalism, which grants sometimes overlapping authority to national, state, and local governments, US cannabis testing labs face regulatory (and legal) uncertainties that food or pharmaceutical labs never experience. Unlike Canada, whose national legislation pre-empts provincial statutes, US cannabis laws are a mess. Some states have enacted de facto if not de jure legalization, others permit medical use, and still others follow federal guidelines that schedule all psychoactive cannabis products as dangerous drugs.

Cannabis is the poster-child for a vertical industry. Success depends on the application of genetic engineering, plant breeding, cultivation, harvest, formulation, value-added manufacturing, and packaging. Were cannabis a food or an FDA-approved drug, regulations for every stage would already exist, standard-setting organizations would operate openly, and critical reference standards would exchange freely.

Instead, cannabis’ fractured legal status in the US has led to a chaotic regulatory environment, with marijuana’s categorical illegality at the federal level being the 600-pound gorilla in the room. Merely possessing cannabis can land someone in federal court where, given the system’s 90+% conviction rate, having the lab shut down becomes the least of a lab manager’s concerns.

States do their best under the circumstances, but sins of omission have been rampant. In their haste to legalize cannabis, legislatures assumed the regulation of key efficacy, safety, and quality attributes already existed or would simply fall from the sky. They weren’t, and they didn’t, so labs that may have sprung up within days or weeks following legalization face not just the typical technical and financial startup issues, but the frustration of having no “higher authority” to guide them.

“Illinois, Florida, Arizona, and others had zero testing infrastructure in place when their legislatures legalized cannabis,” says Toby Astill, global market manager for cannabis and hemp at PerkinElmer (Waltham, MA). Given cannabis’ uncertain legal/regulatory status, few food, pharmaceutical, or environmental labs are willing to step into this potentially lucrative market. Those that do tend to be global testing organizations new to cannabis. “But even they tend to be local operations because shipping any quantity of cannabis across state lines remains illegal.”

Once it became clear that testing was necessary to assure the safety and efficacy of cannabis products, and to ensure the integrity of the industry itself, states that legalized cannabis looked to existing industries for regulatory guidance, and borrowed from them to varying degrees.

“Cannabis testing has enjoyed the opportunity to learn from those labs for operations that apply, for example formulation, potency testing, growing, and harvesting. But it’s evolving into its own thing,” explains Alan Vaughan, business development manager at LabLynx (Smyrna, GA), which develops and sells its eponymous laboratory information management system (LIMS). “Given the more than 400 unique compounds in cannabis, researchers must adapt and adopt those methods and processes in ways that make the most sense for them.” That is why, Vaughan argues, a LIMS is an essential component of compliance.

A cannabis lab requires the same resources as any other analytical lab: a site, a budget, instrumentation, experienced workers, and solid management. But the differences between, say, a lab doing water analysis and a facility testing THC levels in edible cannabis products, are significant.

On the technical side, cannabis testing labs must work with a product matrix that is significantly more complex than foods or drugs. “The product is incredibly heterogeneous, grown in thousands of different environments, and contains so many different active ingredients that standardizing everything, from a regulatory perspective, is difficult,” Astill says. “A lab may test a THC-infused toothpick one day, an edible the next, and raw bud after that.”

“Testing lab startups generally have an unhealthy fixation on instrumentation to the detriment of other factors,” Vaughan says. “Yes, instruments are expensive, but it would be a serious mistake to neglect the need for LIMS, which are critical to the regulatory compliance of cannabis labs, and absolutely vital to meet various states’ regulatory paperwork. It only takes one incident or audit showing that product was not tracked and traced appropriately, and a lab could be out of business.” A cannabis-centered LIMS brings the usual benefits, including sample and raw material tracking, and virtual elimination of transcription errors. Most modern LIMS operate in the cloud, are accessible from most internet-connected devices, and integrate with other enterprise-level software. A LIMS also generates certificates of analysis verifying the authenticity, potency, and safety of cannabis products, including stability testing where appropriate. 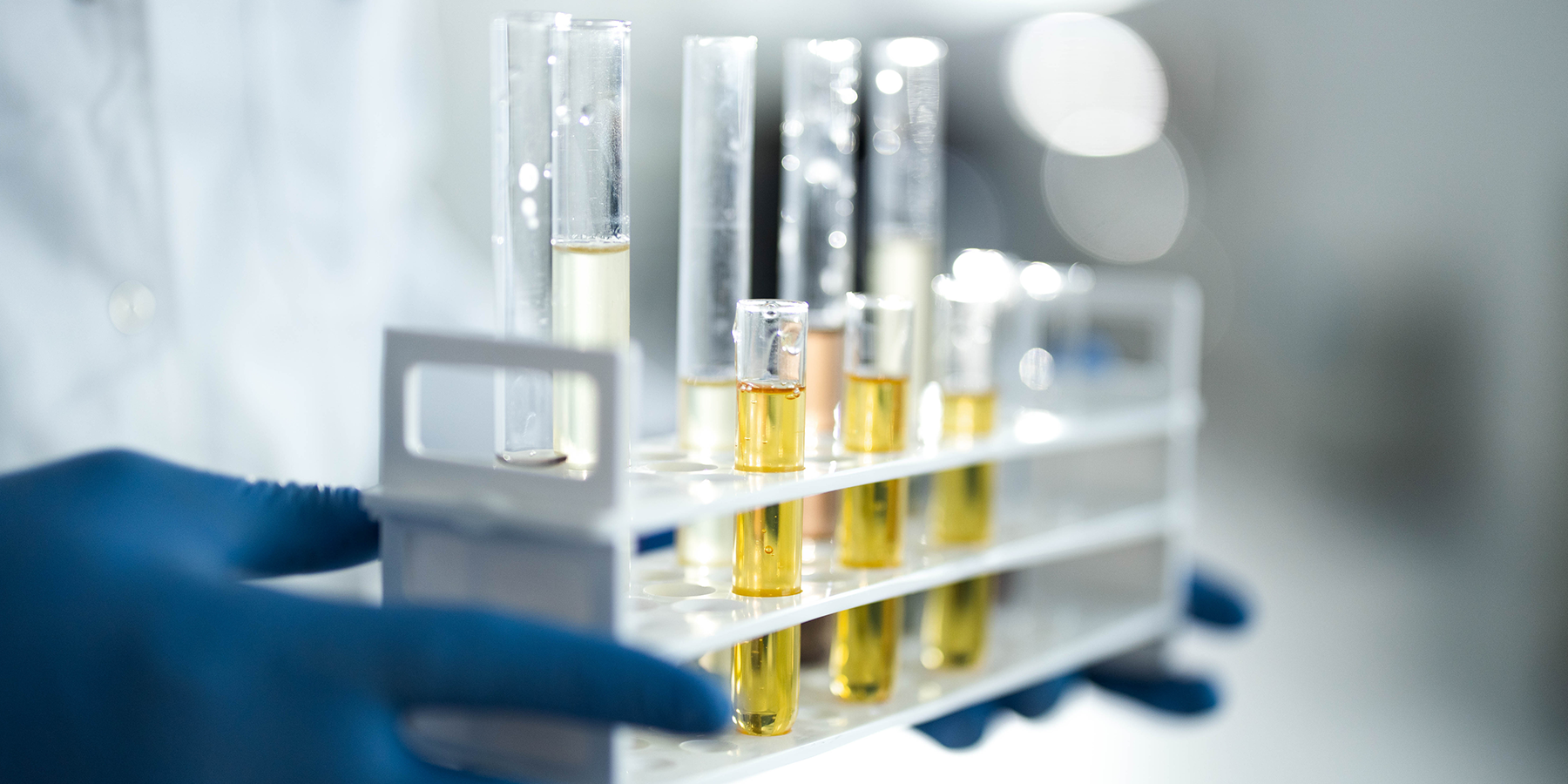 Cannabis testing labs focus mostly on potency and safety. Potency for raw bud relates to levels of roughly half a dozen psychoactive and non-psychoactive cannabinoids, plus moisture content. Standardizing THC and cannabidiol levels is essential for smoked, inhaled, edible, or vaped products. Processed cannabis (oils, edibles) must also undergo testing for spoilage and the presence of potentially harmful molds, pesticides, residual solvents, and other contaminants.

Note that not all US jurisdictions require all that testing. Some states, like California, have much stricter standards for pesticide contamination than other states. Consequently, lab managers and workers must often swim upstream to stay afloat, as not all cannabis testing labs are created equal in terms of human resources and regulatory expertise.

Due to the patchy legality of cannabis in the US, and its relative novelty in Canada, most compliance testing occurs at third-party labs, which contrasts to “analytics everywhere” in pharmaceuticals. “We’re beginning to see analysis during cultivation, after extraction, and at other points during manufacturing, but those activities are limited to progressive organizations that value the science behind these steps,” Astill says.

Not knowing what’s coming through the door, its potency or quality, keeps managers at US cannabis companies awake at night. Key quality attributes (KQAs)—to borrow a term from pharmaceuticals—are therefore unknown until rather late in the game.

Moreover, the actual requirements for those KQAs vary among jurisdictions, “and states don’t provide a lot of detail, only a testing limit or threshold,” Astill adds. “It’s up to the labs to figure it out.” On that basis alone, labs should avoid doing things on the cheap, particularly in acquiring talent. Not everyone needs an advanced degree to work in a cannabis lab, but many such organizations lack even basic undergrad microbiology or analytical chemistry competency, according to Astill. “Cannabis labs have a high turnover, and there’s a lot of poaching.”

Although cannabis companies are just beginning to recognize the importance of quality management, some are already assembling internal teams to function in that capacity, or turning to quality management system (QMS) software. Cannabis-ready software has usually been adapted from one or more industries, typically agriculture, foods, and drugs. Some packages are limited to one activity, for example ISO 9100 certification, while others claim “seed to sale” quality management.

Even considering the infancy of the cannabis industry in North America, cannabis testing is particularly nascent, says Matt Benson, director of business development at OnePointe Solutions (Elgin, TX), a laboratory furniture and equipment supplier. OnePointe’s role is designing laboratories and facilities that support compliance as well as analytical workflows. “The instrumentation, personnel, and building overhead already make testing a very high-cost business in which leasing at an appropriate location, electrical power, and storage are key aspects of overall compliance,” Benson adds. “There are specific regulations around how long a sample can be held, so having ample storage space is often an underrated piece of the puzzle. All testing labs face these challenges but cannabis regulations are particularly stringent around sampling and storage.”

Toward a self-assembling regulatory framework

Despite the current chaos, the lure of huge profits and the likely inevitability of national legalization will ultimately cause various stakeholders in the cannabis industry to accommodate, compromise, and recognize that this industry—whatever one’s stand on recreational use—deserves better.

During the past year, industry organizations have sprung up to guide US laboratories through the cannabis regulatory maze. For example, in mid-2019 AOAC International launched the Cannabis Analytical Science Program (CASP), which identifies priorities in cannabis testing. Similarly, USP, the US standard-setting organization for pharmaceutical testing, has a full-fledged cannabis program in place. And by the time of this article’s publication, Canada’s National Research Council will release the first ever cannabis reference material for domestic use. Since shipping standards to the US violates federal law, American testing labs are forced to use surrogate materials like hemp, or even peach leaves, as their reference standard matrices.

Regulations may be considered the “fourth dimension” for analytical labs in high-impact industries but for cannabis regulatory uncertainty, including the requirement to keep work strictly within one building in one state, poses constraints not faced by labs in other industries. When national legalization occurs, lab managers will still face more-or-less strict state mandates, and a dizzying choice of products to help them comply.

“The moral of the story when it comes to regulations,” Benson says, “is there’s no one-size-fits all solution.”