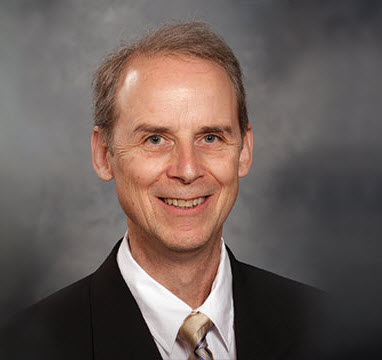 Carl Wittwer, PhD, professor of pathology and adjunct professor of biomedical engineering at the University of Utah, talks to contributing editor Tanuja Koppal, PhD, about how polymerase chain reaction (PCR) has made the transition from laboratory research tool to clinical diagnostic tool. Dr. Wittwer talks about what made this transition possible and what lies ahead in terms of new developments and applications for PCR.

Q: Can you provide some historical perspective on how and why PCR was able to make the leap from lab to clinic in terms of its use?

A: PCR has become an indispensable tool for molecular biology over the past few decades. It was initially just an analytical laboratory tool, but it has now become a center point for diagnostics. However, it has taken nearly 30 years for PCR to make this transition, and there are several reasons it took that long. Initially, there were some limitations to using PCR due to patent concerns. One of the tipping points was the advent of real-time PCR in the 1990s, which enabled quantitative analysis and eliminated the concerns around contamination, both of which are important for diagnostic applications. Real-time PCR allowed for an enclosed reaction so that the amplification product never left the reaction tube and minimized exposure to contaminants. Melting analysis was introduced in the mid-1990s, and over the years it has developed into more powerful techniques like high-resolution melting (HRM). HRM combines the convenience of real-time PCR with the elimination of contamination issues, making it more amenable to clinical laboratory adoption. Digital PCR and massively parallel sequencing are extensions of clonal amplification that are based on PCR, and they are all making their way into the clinic. There are other developments taking place right now that are also on the edge of laboratory research and clinical diagnostics.

Q: What are some of the new developments and trends that are driving the growth of this technology?

A: What makes PCR more clinically important is a trend to move away from single analyte testing toward running multiple tests that are all relevant to the sample being analyzed. This multiplex analysis is called syndromic analysis if the targets are all possible causes of a syndrome. Syndromic panel analysis has become popular and can help identify a specific causative agent from a spectrum of organisms. There are a number of FDA-approved syndromic kits now available that use multi-analyte PCR. The technical advances in PCR with multiplexing, along with cost reduction and increased understanding of diseases, have made it more relevant and suitable for clinical diagnostics. However, the central utility of PCR is really the common thread through all the reasons it succeeded in making the transition from the lab to the clinic.

Q: What are some of the gaps that need to be addressed in terms of technical innovation and utility?

A: There are many non-PCR-based molecular methods that are FDA approved, typically for single analytes. However, the concept of amplification and detection is clearly a winner for diagnosis of infectious diseases, cancers, and genetic diseases. The potential of PCR has certainly not reached its maximum. Originally, there was no instrumentation to do PCR and it would take two to four hours to complete the analysis. By 1991, there were papers showing increased speed of PCR, bringing the analysis down to 10 to 15 minutes. This “rapid-cycle PCR” was later adapted into the LightCycler real-time system licensed to Roche. However, does speed really make a difference in PCR analysis? For reference labs where you receive samples and test them in batches, rapid testing doesn’t make much difference. But for point-of-care diagnostics, speed does make a big difference as you can get test results faster and make decisions more quickly when treating the patient. In 2015, we published a manuscript on Extreme PCR, where we now bring down the time for PCR amplification to less than a minute. It is based on a PCR reaction that is sensitive, specific, has high yield, and is enabled by rapid temperature changes and increased reaction concentrations. It’s like supercharging the PCR reaction by increasing some of the individual components to make the reaction go faster. We increase the primer concentrations so that annealing takes place more rapidly. We increase the enzyme concentrations so DNA extensions can happen more rapidly. The system is still experimental and not clinical, but it proves that it’s possible to bring down PCR times from minutes to seconds. Our record for extreme PCR amplification is 35 cycles in 14.7 seconds and produced a strong amplification product that we could observe on gels.

To achieve HRM, many manufacturers slow down the melting process, getting more data points to improve the resolution. However, we’ve now shown that melting, as well as amplification, can be done very quickly in about four seconds. Rapid, homogeneous melting analysis is in fact better for differentiating various genotypes in a sample, with the prerequisite that you must have good control of the temperature throughout the sample. It is interesting to consider the possibilities of molecular diagnostics in under a minute for point-of-care diagnostics. Extreme PCR and high-speed melting are currently being done with prototypes that are big, expensive, and hard to work with, which is why these techniques are still in the experimental stages and not yet commercially available.

Q: Are there other applications of PCR that you envision beyond life science and health care?

A: Anything that has a DNA or RNA or any nucleic acid is amenable to PCR. It’s such a deceptively simple technique to use. There is a lot of research still to be done in plants and microbes. With food crops that are genetically modified, many studies involve using PCR to see how things are changing and improving. Medical diagnostics, by definition, is conservative and you want people to be cautious. So, things do take time. The field changes when small companies and academic labs take the risk to develop technologies to improve diagnostics. Molecular diagnostics has made great strides in throughput, parallel processing, and increasing the density of information from results. There is a lot of information in the genome that is amenable to being collected and analyzed, but that is not what excites me. What gets me interested is rapid, targeted results that can improve everyday patient care. Anything that improves the speed or quality of diagnostics is most interesting to me. Information costs time and money, and you want to target information toward what makes a difference.

Carl Wittwer is a professor of pathology at the University of Utah. He received a PhD from Utah State University and an MD from the University of Michigan. Wittwer has published more than 200 articles focusing on technique and instrument development in molecular diagnostics. In the early 1990s, he developed rapid-cycle PCR for DNA amplification in 10 to 15 minutes and was the primary inventor of the Light- Cycler® system, with over 20,000 units placed worldwide by Roche. Wittwer holds 39 US patents and their foreign equivalents. He introduced SYBR Green I, adjacent hybridization probes, melting analysis, and high-resolution melting (HRM) to real-time PCR, techniques that are widely used today. Current projects are extreme PCR (<1 min.) and high-speed melting (HSM) in <5 seconds. In 1990, Wittwer cofounded Bio-Fire Diagnostics, a company that has grown to over 1,600 people today. He served as chairman of the board from 2012 until the company’s acquisition by bioMerieux in 2014.