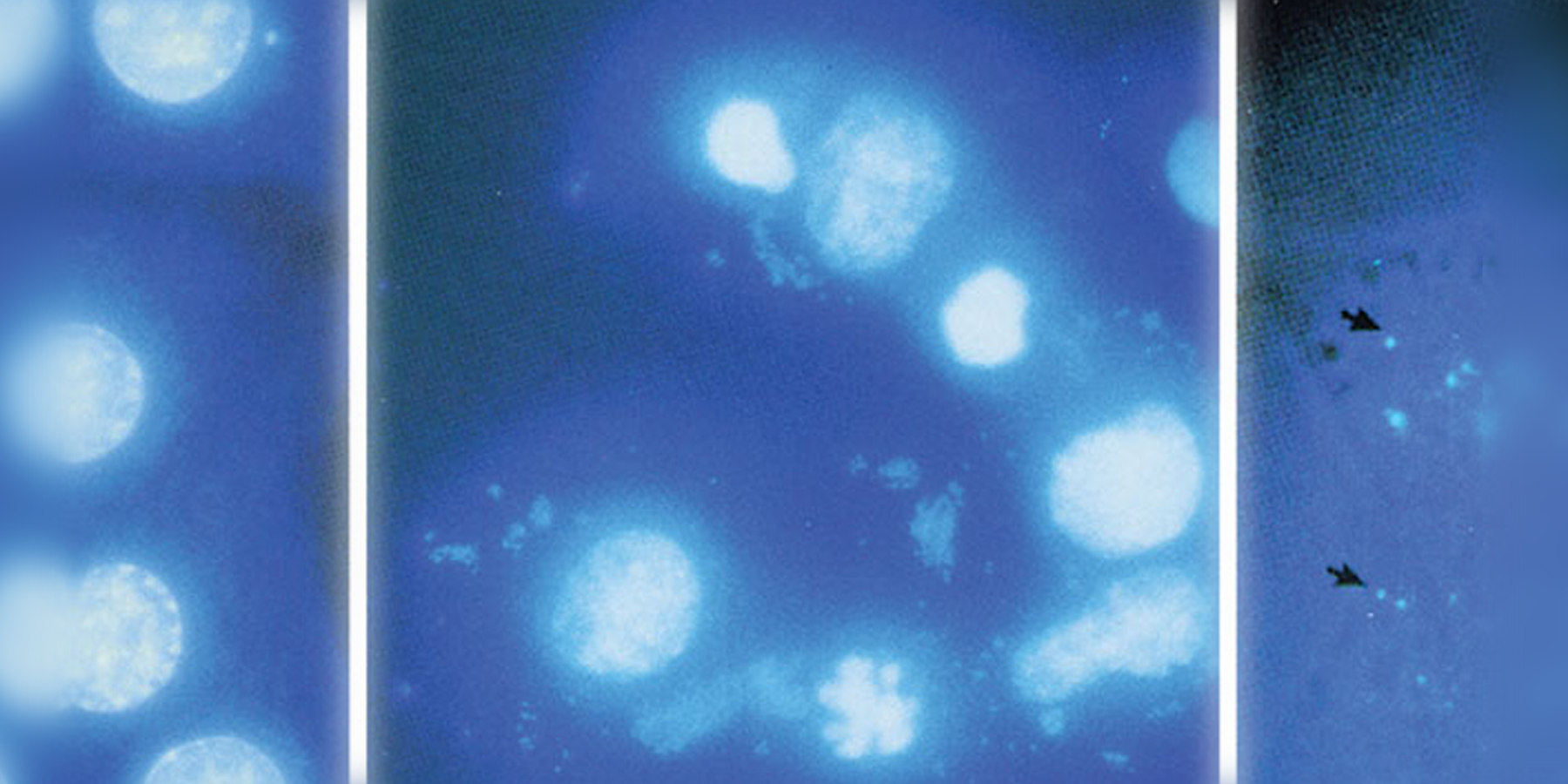 The concept of cell culture was first explored more than a century ago, beginning with Wilhelm Roux’s experiments culturing chick embryos in saline solution, and Ross Harrison’s attempts to grow nerve fibers in vitro. Since then, cell culture has become a fundamental technique to examine cell growth, differentiation, and response to stimuli ranging from new drugs to toxins, with applications in vaccine research, protein therapeutics, and cancer research, among countless others. The basis of the technique is to grow and maintain cells in vitro, under controlled conditions, using either primary (finite) cells, prepared directly from tissues, or immortalized cells that may be cultured indefinitely. Common to all cell culture experiments is the threat of biological and chemical contamination, as well as cell-line cross-contamination, each having potentially disastrous effects. Adhering to best practices and working with specialized instruments designed to prevent contamination are critical for successful cell culture experiments.

A Myriad of Potential Contaminants

“There are two significant sources of cell culture contamination,” says Mary Kay Bates, senior global cell culture scientist, laboratory equipment, Thermo Fisher Scientific. “The most common source of contamination is the flora present on laboratory workers, which can come from hair, breath, or skin. The second significant source is the laboratory environment itself; the incidence of contamination increases when a laboratory is not cleaned regularly.” According to Jaleel Shujath, vice president of marketing at Absorption Systems, “biological contamination is most often caused by people not wearing the appropriate protective equipment (e.g., gloves, lab coats, goggles) or using improper techniques (e.g., not wiping down the cell culture hood, blocking laminar flow, and using the same pipettes between plates of different cell types).” 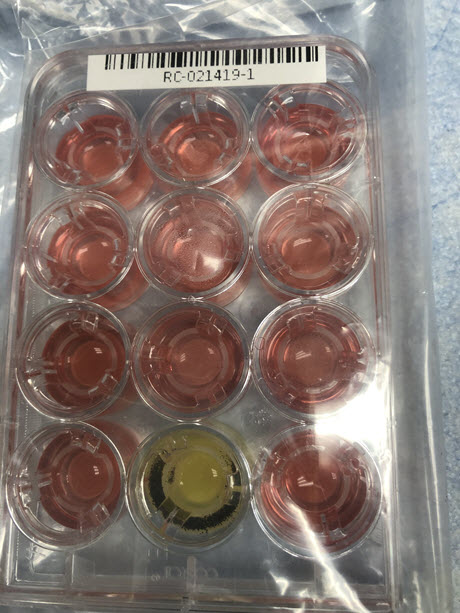 Biological contaminants include bacteria, fungi, viruses, mycoplasma, and even other mammalian cells. Contamination with bacteria, fungi, and yeast is generally easy to detect, either through increased turbidity of the medium, or microscopic visualization. Mycoplasma however, pose a serious threat to cell cultures and have unique features that make them difficult to detect. They are smaller than bacteria, and lack a cell wall, meaning antibiotic treatment is futile. “Unfortunately, routine use of antibiotics can enable contamination by mycoplasma,” says Bates. “Not only do antibiotics not work against mycoplasma, but they kill off other organisms such as Staphylococcus aureus, which might otherwise indicate a broad contamination early, allowing contaminated cultures to be discarded. As a result, undetected mycoplasma can thrive,” she explains.

Cell culture is also susceptible to chemical contamination, occurring “when fumes from chemicals used circulate in the air and dissolve into the culture media,” says Bates. Cleaning disinfectants and other volatile organic compounds including phenol-chloroform, β-mercaptoethanol, and isoamyl alcohol are all potential sources of contamination. Generally, poor technique also contributes to chemical contamination, says Shujath. Dimethyl sulfoxide (DMSO) is a cryoprotectant that is toxic to cells, and exposure at room temperature should be limited to no longer than absolutely necessary. “When cells are removed from liquid nitrogen to be plated, they must be quickly thawed in a warm water bath and the DMSO quickly removed,” he explains.

The consequences of contamination may be severe. “Unexpected experimental results and premature cell death are the primary consequences of contamination,” says Shujath. “For example, if running a standard cell-based assay, and contamination by other cells occurs, the assay results may drift over time. While this may also be due to high cell passage number, one cannot discount cell contamination,” he says. Bacteria and fungi exert these detrimental effects by altering the pH of the culture medium. “Bacteria and fungi often produce lactic acid as a byproduct of metabolism, which makes the culture medium more acidic, leading to toxicity and cell death,” explains Bates. Mycoplasma contamination does not have lethal effects, but “has been shown to cause chromosomal aberrations and morphological changes as well as reduce transfection efficiency,” she says. Once detected, the process of rectifying cell culture contamination is time-consuming and costly. Shujath recalls a case of mycoplasma contamination: “acquiring and growing up new cells and redoing all the experiments set the research program back months, costing hundreds of thousands of dollars in material and labor costs.”

Working with multiple cell types is commonplace, but foregoing precautions can lead to cell line crosscontamination. “While tempting to save time by working with multiple different cell lines at the same time in the biological safety cabinet (BSC), this can result in the transfer of cells, for example, from a breast cancer cell culture to an ovarian cancer cell culture,” says Bates. “If incoming cells grow faster, there may soon be none of the original cell culture remaining.”

Alarmingly, there is evidence to suggest that up to one third of tumor cell lines being used in scientific research are affected by inter-or intraspecies cross-contamination. “This is a big issue because experiments are no longer reproducible nor in most cases even valid,” explains Shujath. “Retracted or withdrawn publications, harm to scientists’ reputation[s], and wasted time and resources” may result, says Bates. Fortunately, there are ways to reduce the risk of potential cross-contamination. “The easiest precaution one can take, besides proper technique, is to get the cells from a reliable source (ie. biorepositories), expand and freeze down appropriately, and frequently thaw a fresh vial bi-weekly or monthly to use in experiments. In other words, don’t keep using the same batch for months on end,” says Shujath. Many journals are also implementing measures to ensure validity, and “most reputable journals now require cell line authentication before manuscripts can be published,” says Bates. “Cell lines sourced from cell banks, such as the ATCC and the European Cell Bank will have been authenticated. For other cell lines, DNA analysis is available to secure authentication.”

An Ounce of Prevention

Using proper aseptic technique is a simple way to reduce the risk of contamination. “Wear proper PPE and clean gloves with ethanol before entering the BSC,” says Shujath, and “make sure that the laminar flow of the hood remains intact by placing only the needed supplies in the hood, and use slow and deliberate movements to allow the laminar flow to adjust. Do not use the same pipette between different cell types to prevent cell line cross-contamination and even within the same cell lines, pipettes should be changed often to prevent other biological contamination,” he adds. Other considerations include “working with one cell type at a time, cleaning the laboratory, or resisting answering cellphone calls and texts while working with cells,” says Bates.

Working with specialized equipment will also help to prevent contamination. “Instruments and equipment that have been specifically designed to prevent contamination are essential, such as using a biocontainment lid in a centrifuge, working in a properly designed and certified BSC, or using a CO2 incubator with 100 percent solid copper interior and in-chamber HEPA filtration providing ISO Class 5 cleanroom conditions,” explains Bates.

Contamination is a serious concern for the biopharmaceutical industry. Mycoplasma are especially concerning, as they may contribute to human disease. Since mycoplasma infection can’t be detected with microscopic methods, specialized techniques are required. The US Code of Federal Regulations, FDA’s Points to Consider, the International Conference on Harmonization, and US Pharmacopeia provide technical documentation for the detection of mycoplasma. Unfortunately, the established culture method requires a long incubation period and several sub-cultures, taking up to 28 days to complete, and is therefore not conducive to rapid screening required for products with short half-lives. This also delays the initiation of corrective measures, potentially resulting in the loss of downstream product. As a result, much more rapid microbiological methods have been developed and validated, and several companies offer rapid biopharmaceutical product testing. Given the detrimental effects of biological or chemical contamination, and even with more rapid testing methods, the best approach is to implement preventive measures including using good aseptic technique and equipment designed to minimize contamination.