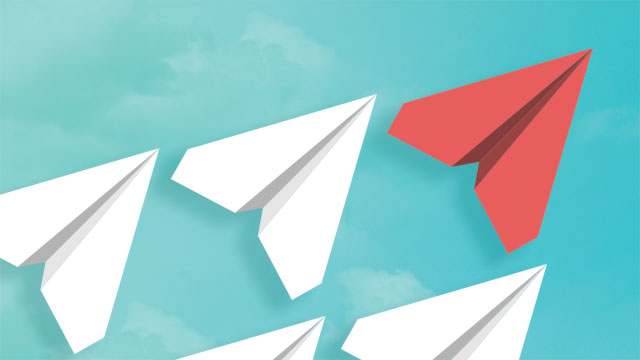 When Lydia Coleman was 25 years old and worked as a staff member in a laboratory, before a surveyor’s visit she asked her then-boss whether managers had done anything in advance to prepare for the survey and had thought about what kinds of questions might arise. Coleman’s boss immediately realized that her employee’s questions showed initiative and enthusiasm for making the workplace run more smoothly, and she expressed her opinion of what a good idea that was. Six years later, Coleman had showed so much enterprise and learned enough to apply for and land a laboratory supervisor’s position, and for the past 35 years she has been either a manager or a director in the health care laboratory industry.

“All I did was ask that one question, and she knew right away that I was somebody who she [could] mentor in doing the right things for the laboratory,” says Coleman, manager of laboratory services at Comprehensive Cancer Centers of Nevada. Coleman manages 11 laboratories and 27 staff members. Each day, her labs process between 300 and 400 samples.

Coleman credits her rise in the laboratory world to one simple fact: she wanted to learn everything. “When I was just a staff medical technologist, anytime there was a new project, I always volunteered,” she says. “I also read a lot about regulations, because Nevada is very regulated, just like California, so I learned a lot from [that] and also by being interviewed by surveyors—these are the people who are giving accreditation.”

She also paid attention to the survey questions, and afterward she noted the standards that were not met in the lab she was working in and matched them with the regulations. Moving forward, Coleman made sure to comply with the guidelines.

It was this initiative that separated Coleman from her peers and also enabled her to move up the ladder.

John Consolvo, who manages the environmental laboratories at the Philadelphia Water Department’s Central Laboratory, agrees that being motivated and showing such resourcefulness are what separate a star from the pack, and they’re qualities he looks for when he seeks a leader. “Doing the basics well is a good start, but I look for staff who are interested enough to take on a little more,” he says. “My experience is that those are the people who will dig in and try to solve problems and think proactively about how best to do things.”

Professionals who have genuine curiosity and are able to successfully advance their careers have another thing in common: they seek someone with more experience and knowledge to help them learn the ropes.

“One of the things I found that is extremely important when you’re trying to improve yourself or move forward— whether that be in a career or life in general—is to find a mentor,” says Chuba Oyolu, founding scientist at Counsyl Inc. “You can do it on your own, but it will take a lot longer and be a lot harder.”

Oyolu, who leads product development and research in Counsyl’s automated clinical lab, explains that finding the right person to learn from is a skill in itself, and that one should take time to think about finding a mentor whose priorities and goals align with those of the mentee.

“There are a lot of people [who] are good at a lot of things, but the person [who] might be my best mentor isn’t necessarily the person who is your best mentor, because we’re just different people,” he says. “So take time to seek out that mentor, and just be completely open to their influence and their advice because they’ve played the game before, they know how it goes, [and] they know the pitfalls that they themselves might have fallen into and can help you avoid [them]. It doesn’t matter where they’re from, their background— as long as you jibe well with them and they have the experience that you would like to get.”

Coleman also believes that mentorship is probably one of the most powerful tools in a young professional’s arsenal. “I [sought the mentors] out. What I would do is tell whoever was my supervisor, whoever was my manager, that I would like to be involved in a project.”

And now that she’s in a leadership role herself, Coleman is continually looking for those she can take under her wings. This manager looks for those who remind her of herself when she was starting out. Picking them out, she says, is easy.

Maria de la Cantera was such a superstar. She started out with an engineering degree in Brazil and later, when she decided to get involved in laboratory work, pursued a chemistry degree. Then while at the university, de la Cantera received a scholarship to come to the US and pursue a PhD. She eventually landed a job at a private lab and had to start at the very bottom.

“I did everything under the sun,” she says. “It was a huge lab at the time. I don’t know how many tests we did, but besides that, there were a lot of methods that clients would ask for, and no matter what the client asked [to have done], I did it.”

Fast-forward several jobs later, and for the past 13 years de la Cantera has been the laboratory manager of the city of Clearwater, Florida, in a municipal lab serving a community with a population of 110,000. Her lab serves the city’s water, wastewater, and industrial pretreatment departments.

Although the ingredients for achieving success seem to be simple—hard work, genuine interest, and finding the right mentors—the process isn’t always without obstacles. For de la Cantera, a lack of opportunities initially stood in her way. When she was in Brazil, she couldn’t get a job in a laboratory because she was a woman.

“At the time in Brazil, there was some kind of regulation that did not allow women to do shift work,” she explains. Therefore, certain professions like being a phone operator and lab tech, where one would have to take night shifts, were available only to men.

“So it was very difficult, because there were only a few positions that did not require overnight shifts,” she says. “Now it’s different, but at that time, that’s the way it was.”

And although Coleman says she hasn’t experienced any gender-based bias during her trajectory, she does notice a certain trend in the field. “What I see in most institutions I’ve been at, the majority of executive levels are male. That’s just my observation.”

A little luck and the right fit

While one can do his or her best to navigate hurdles with hard work, sometimes landing a dream position depends on factors beyond a person’s control. For example, an institution might just not be the right fit for a candidate.

“A lot of times, you don’t know if you fit or not. You may know your technical capabilities, you can interview well, and [the interviewers] may really like you as a person, but they will feel that you won’t fit because there’s a lot of male domination in that institution or maybe there are a lot of issues that they may think that you might not be able to handle,” Coleman says. “You really can’t help that.”

And other times, it may be that your enthusiasm and dedication left a mark on someone long ago, and when the opportunity arises, those hiring will want you on their team.

“I only found out years later the reason I would say I finally got this job,” de la Cantera explains about her current position. “One day I was talking to one of the managers who had hired me, and he asked me if I remembered him. Actually, I didn’t.”

It turns out that this particular manager used to work for another municipality. One day they had a problem with a specific bacterium, and one of inspectors from the state asked de la Cantera, who also worked elsewhere, to go there and check to see whether she could find out what the problem was. She did, and made a few recommendations that worked. “So years later, he told me he was very thankful I solved his problem. I guess that’s why he hired me.”

At the end of the day, however, most managers agree that advancement will happen on its own when a person’s principal goal is about more than just tangible objectives.

“My major, overarching goal has been the development of myself so that I can be of service to other people,” Oyolu says. “For some reason, that’s just been very, very clear in my head and, of course, that’s what you should be doing. You should try to be responsible, work as hard as possible, [and] learn as much as possible so that you [can] be as competent and as capable as possible, not to look good and things of that nature—but so that you can be of service.

“The funny thing about setting goals and getting ahead—those tangible goals you have or making it to manager or making it to supervisor and things of that nature— those will come along the way if you just focus on making yourself better.”

For example, Oyolu explains, one thing one can do is look around the lab and figure out how to make things better—because no matter how good a lab is, there probably still are some inefficiencies. “Maybe you come up with a new workflow that’s more streamlined or build a robot to do things a lot faster with a lot higher fidelity than any human can ever possibly do,” he says. “Those things come from the thought process of how I can be helpful, not necessarily how I can move up.”

And while achieving success can be gratifying, larger goals will also help make that satisfaction last. “On a very basic level, advancement is rewarding because it’s validation that you’ve been doing a good job,” Consolvo says. “But while that’s nice initially, I don’t think it’s enough to create lasting job satisfaction.” Having a connection to people, however, will provide longterm satisfaction, he concludes.

How to Combat STEM's Retention Issues for Women

How to Combat STEM's Retention Issues for Women

Universities Love Interdisciplinary STEM Programs, but What about Students?

Universities Love Interdisciplinary STEM Programs, but What about Students?