Some white Americans like to pat themselves on the back for being racially color blind. But a new study published in the Journal of Experimental Social Psychology finds that whites aware of their biases are better equipped to address contemporary racial challenges, where prejudice is often expressed in subtle, unintentional and unconscious ways.

“Our society is filled with negative stereotypes associated with blacks, and whites’ attitudes and behaviors can’t help but be affected, although often in ways they’re not clearly aware of,” said Sylvia Perry, assistant professor in the Department of Psychological Science at the University of Vermont and the lead author of the study.

“The first step towards reducing these subtle biases and correcting behavior that is sometimes unintentionally hurtful, our research shows, is personal awareness, internalizing the fact that you may have subtle biases,” she said.

The study, of 902 white Americans, employed a variety of established psychological tests to assess racial attitudes and a new assessment that gauged subjects’ “bias awareness,” a trait never before defined and researched. The bias awareness test asked subjects to score a series of statements such as, “When talking to Black people, I sometimes worry that I am unintentionally acting in a prejudiced way” designed to uncover awareness of subtle bias.

Those who scored high in bias awareness were more able to internalize negative feedback about their racial attitudes, telling researchers they felt badly when given false feedback that they had a strong preference for whites over blacks, and to take positive corrective steps, volunteering in greater numbers for a diversity initiative the researchers invented, than those with low bias awareness, who reacted defensively to negative feedback and were unwilling to change their behavior.

Both results occurred regardless of how subjects scored on other tests they were given that measured their level of prejudice or their motivation to be non-prejudiced.

The key factor in developing what the study calls “concerned awareness” of racial bias is acceptance, Perry said. “If you accept these things in yourself, you’re on the road to making things better.”

Not playing it safe 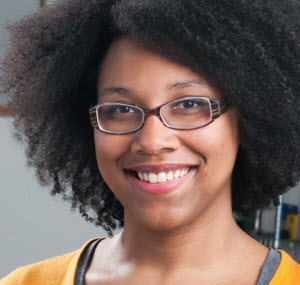 Significantly, when given false feedback that their racial attitudes were free of prejudice, showing no preference for whites over blacks, high bias-aware subjects were unlikely to volunteer for the diversity initiative, preferring to "play it safe," in Perry's words, by avoiding future contact with blacks.

“Even if you have high bias awareness, it’s important that you not let yourself off the hook by avoiding contact that can sometimes be uncomfortable,” Perry said, a behavior social scientists call aversive racism. If you’ve had an uncomfortable interracial interaction, “You need to think, ‘Why did I say something like that? That concerns me. The next time I have an interaction with someone, I need to do that differently.”

The study also questions the effectiveness of one-size-fits-all anti-bias training.

Training that takes into account individuals’ levels of bias awareness, alone or in combination with the degree of their prejudice and motivation to reduce prejudice, will result in more effective and targeted anti-bias interventions and programs, the study states.

“Not everyone can be confronted with feedback about their bias and then just walk away and do better,” Perry said. “Some people might need to talk it through and see what it means personally for them. Otherwise there could be backlash.”

The Power of Vulnerability

The Power of Vulnerability