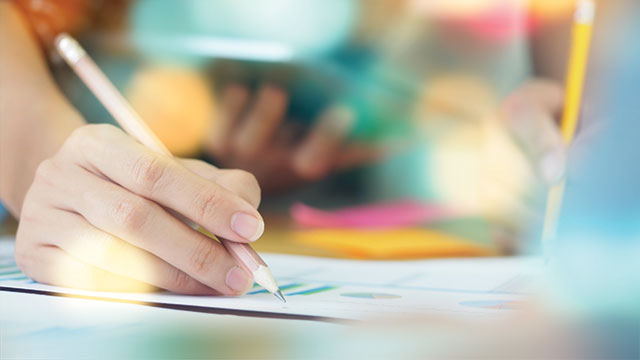 In the current milieu of constricting human, financial, and technology resources, laboratory leaders are increasingly relying on project management tools as they pursue vital scientific, organizational, and business outcomes. In its essence, project management sets in motion structured and formalized approaches—optimal deployment of assets, skills, workflows, and technical and managerial processes and procedures—aimed at reducing uncertainty and enhancing predictability on a logical timeline toward prespecified results.

“We refer to the upgrades at our Brampton laboratory as the ‘lab of the future,’ not only because we automated a series of our processes and installed state-of-the-art equipment, but also because we are now equipped to handle growing demand for test results today and tomorrow,” says Chee-a-Tow.

The upgrades, which included installing new test equipment, automating several procedures, and centralizing operations, enable Dynacare “to achieve improved efficiencies and outcomes for test results,” he says. “As a result, we can maximize our output and process thousands of patient samples on a daily basis, reducing the turnaround time required to report results back to physicians.” Prior to the project, the facility completed 100,000 tests daily; throughput increased twofold to 200,000 tests following the upgrades.

Explaining the rationale for the expansion, Cheea- Tow says, “We anticipated a growing need for quality medical testing in Canada, as the population both increases and grows older.”

Focusing on the management of the expansion, he says, “As one of the largest installations of its kind in North America, the project required the engagement of a global implementation team,” while underscoring the importance of cooperation among cross-functional teams.

Chee-a-Tow says that to ensure team communications and that daily targets were met, “We organized daily stand-up meetings with all members of the project teams that were involved. This went on for nearly a year, leading up to ‘go live’ and ensured that the process was as cohesive and smooth as possible.”

Identifying critical success factors, Chee-a-Tow says, “Collaboration is the most important element of any project, especially with an expansion of this scale. Project plans are effective only if they’ve been communicated effectively to the project team. Team members need to know their responsibilities, what the tasks and milestones are, and how they directly contribute to the success of a project.”

Devin Hodge, chief operations officer of the Computing, Environment, and Life Sciences directorate at Argonne National Laboratory (Lemont, IL), was recently deputy director of the Joint Center for Energy Storage Research (JCESR), which is developing next-generation battery technology. The JCESR was organized across several national labs, universities, and research entities. Hodge says that from the outset, the JCESR’s sponsor, the Department of Defense, required the use of project management principles for the five-year initiative. As a consequence, when the JCESR was started in 2012, the traditional waterfall project management approach—with activities cascading downward—was employed. “This was a traditional approach where you had fixed scope, cost, and schedule for the duration of the project,” says Hodge.

This, however, appeared futile from the outset, he says. “How do you project for a five-year [initiative] that included considerable discovery science?” Hodge says that while the JCESR included substantial applied science— making battery materials and prototypes—it also required discovery science for five times denser battery materials at one-fifth the cost, which were the original parameters. He says this was analogous to erecting a building while having to create new construction materials for it along the way.

After about a year into the project, Hodge says, the JCESR team incorporated agile project management principles, creating a hybridized project management approach. “We still had a traditional project schedule with overarching milestones that went all five years, but in the near term we hybridized it by using the sprint concept that came with agile.” Sprint is a central feature of agile that entails regular inspection over fixed periods to ensure that goals are met.

Scientific challenges around different phenomena that required investigation, along with their timing, were listed in a log, Hodge says. Sprint teams were created and assigned to these investigations. They stayed together from between one and six months, and while they did other research, during the sprint period their primary focus was addressing or solving the assigned scientific challenges, he says.

Turning to his current responsibilities in the life sciences area, Hodge says that while project management principles are not as prominent as in the JCESR, “We use rolling wave scheduling—where for a five-year project you plan one year at a time and learn as you go, while planning the future, longer-term direction.”

“That’s typically how larger multiyear projects are done— so that different time horizons can be planned to minimize the amount of change management required,” Hodge says. He notes that in the environmental and biological sciences divisions, projects are more traditionally funded and milestones are identified early on—usually in the proposal phase—and teams increasingly use intermediate milestones.

“We still have a long way to go to crack the nut of prudently using project management principles for research projects because of the challenges associated with projects where you rely on making discoveries along the way. You’ll be change managing yourself to death if you don’t have a firm scope to start with,” Hodge says.

He adds that proper use of project management principles can protect managers by promoting transparency and reducing surprises to funders and other stakeholders. “Have some formality around reporting, and then use routine reporting to tie your milestones to your progress. This goes a long way in communicating to the sponsor of the research.”

Like Chee-a-Tow, Hodge stresses the need for regular meetings and effective communications. He says that managers should have robust, formal status meetings with the team and review progress with accountable leads on predetermined key performance indicators.

Jason Wright, manager of IT clinical and research architecture at The Jackson Laboratory (Bar Harbor, Maine), which engages in nonprofit research and operates academic and production facilities, says, “We use traditional project management techniques for our campus development (buildings and infrastructure), our researchers use agile techniques, and we use Lean techniques in our manufacturing environment—so this is a very heterogenous project management environment.”

Wright says that agile techniques are used to create better customer experiences and better collaborations to move closer to the pace of scientific discovery. “When we first started using agile [with] our lab informatics team a few years back for our part of a large, multicenter research project, I presented the overall framework we started with to the project’s principal investigators: two-week planning, incremental commitment, and demo cycles; daily stand-ups; and a Kanban board for transparent progress tracking.”

He says that the investigators expressed interest in using the Kanban tracking process to coordinate non-IT efforts for the project. “They started using our backlog of items to help plan their user acceptance, training, and feedback in the two weeks after a piece was delivered, and now QC [quality control] issues or feedback are timelier to the whole team.”

Elaborating on project management benefits, Wright says, “We stopped building things that weren’t getting used right away, and the PIs reprioritized based on their experience and how much effort some things would take compared [with] how much value they delivered.”

Caswell credits project management principles with the ability to correct course. “I think that having both the techniques and the project management staff in place has assisted with process agility. Project management has certainly led to clarity and transparency of changes— making sure that everyone who needed to know about the changes was involved in the decision and its outcome.”

To be sure, project management does have downsides. Caswell says that project management systems can be overly complicated. “I have seen Gantt charts with 10,000 [to] 20,000 lines in them for specified release dates. It is easy to become a slave to that chart—and it is almost the butterfly flapping its wings problem—where one thing slips by and you are off by six months.”

Drawing from his JCESR experience, Hodge says that by using project management to focus on the final battery application, “we abandoned projects that won’t meet our TE performance objectives, even though there was much to learn about materials and properties.” He says that in the JCESR’s second five years, researchers are revisiting some ideas abandoned earlier.

Caswell says in the 10 to 15 years he has worked with project management, processes have shifted from the classic top-down structure, with Gantt charts assigning resources, to the use of agile methodology for design thinking, agile production, and Lean startup. “Instead of thinking of the project management team as controlling the project, it is more the team being involved in a project as a significant stakeholder helping drive the project,” he says.