An inventor may be precluded from obtaining a patent on an invention, no matter how innovative, brilliant, or insightful the invention may be, if the invention is disclosed to the public before a patent application is filed. The problem of premature disclosure is particularly pervasive in academia, where the advancement of knowledge, rather than commercial gain, is the goal. However, even in sophisticated technical companies, many inventors are not aware of how easily patent rights may be compromised or lost by public disclosure of the invention prior to filing a patent application.

What constitutes a public disclosure?

Generally, a public disclosure is any divulgation to the public, whether written, oral, or electronic. Obvious examples include written publications, oral presentations, and information published electronically (e.g., on a website). Examples of less obvious, but no less damaging, disclosures include offers for sale, beta testing, disclosure of plans or a prototype at a scientific or business meeting, technical discussions at scientific conferences, dissertations, grant proposals to a government agency, and information disclosed in business plans or documents filed with the Securities and Exchange Commission. All of these disclosures create prior art that may limit or preclude patentability, especially in jurisdictions outside of the United States.

Prior art under the U.S. patent law

The U.S. is among the most liberal jurisdictions in permitting an invention to be patented after public disclosure. Under the U.S. Patent Law, the patentability of an invention is precluded by “prior art” disclosing the invention. The invention is deemed to be in the prior art if it was known or used by others in the United States, or was patented or described in a printed publication anywhere in the world prior to the date when the invention was made. The phrase “known or used” means publicly known or used. Mere knowledge of the invention or use of it abroad does not preclude patentability in the U.S. The date of invention is presumed to be the filing date of the patent application, but the patent applicant can submit evidence to the U.S. Patent Office that the invention was made before the filing date, a process referred to as “swearing behind” a prior art reference. Swearing behind a reference removes it as prior art. There are limits on how far back in time an inventor may swear behind a reference, however: anything published anywhere in the world, or publicly known, used, or on sale in the U.S., more than one year prior to the U.S. filing date is unremovable prior art. Such prior art creates an absolute bar to patentability.

A common pitfall that results in loss of patent rights is failing to understand the “public” nature of a divulgation. For example, merely indexing or cataloguing a document, in a library index or on a web index, so that it is “findable” by the public may constitute a public disclosure of the document. The standard for when indexing constitutes a public disclosure was stated in a much-cited 1989 Federal Circuit decision, In re Cronyn. In this case, Cronyn, who was a chemistry professor at a college, had applied for a patent on a new chemical compound. The claim to the compound was rejected by the patent examiner as lacking novelty over three student theses from the same college, all of which disclosed the compound. A copy of each thesis was filed both in the main college library and in the chemistry department library. The theses were listed on cards containing the student’s name and the title of the thesis, and the cards were filed alphabetically by the author’s name. Both the card index and the theses themselves were available for public examination; however, the theses were not generally catalogued in either the main library or the chemistry library, that is, they were not listed in the main catalogues of the libraries, nor were they assigned Library of Congress numbers. The Patent Office Board of Appeals upheld the examiner’s rejection for lack of novelty, stating that the theses were printed publications under the patent law, and that “reasonable diligence” by a researcher would have uncovered the documents. The Federal Circuit Court reversed the decision on the basis that in order to be con- sidered “publicly available” the theses had to be reasonably accessible to the public. The court stated that the theses were not accessible to the public because they had not been indexed or catalogued in a meaningful way.

Prior experimental use or sale

In some instances, the prior art effect of the public use or sale of an invention may be negated if the use was experimental in nature or for a research purpose. The experimental use negation applies to a prior public use if it can be shown that the use was for the purpose of testing, or performing research or experiments, on a claimed feature of the invention. Some of the factors considered by a court in determining whether a prior public use is experimental include the degree of control over the testing exerted by the inventor or patent holder, the existence of a confidentiality agreement, the obligation of the user to keep a record of and to report test results to the inventor or patent holder, the existence of a testing protocol or other restrictions on the user’s activities, and whether the use was performed to perfect the invention.

Similarly, a sale of an invention for purposes of experimentation may negate the prior sale bar to patentability. The factors stated above with respect to prior use also apply to prior sale; however, in the context of a sale, the patentee or inventor must prove that the sale was made in pursuit of experimentation rather than as a straight commercial transaction. The courts have refused to negate a prior sale based on experimental use when the inventor or patent holder has been unable to show that it maintained control over the purchaser’s testing of the invention, the purchaser was not required to keep records of or provide reports of the testing to the inventor or patent holder, or the purchaser was unaware that the sale was made for experimental purposes.

A look at some non-U.S. jurisdictions

The U.S. is one of a minority of jurisdictions that grants a one-year grace period to file a patent application after public disclosure. Many important market countries are “absolute novelty” jurisdictions, meaning that any public disclosure of the invention prior to filing the patent application precludes patentability in those countries. The novelty requirements of a few selected jurisdictions are briefly summarized below—they are presented for exemplary purposes only and are not intended to be comprehensive summaries.

Under the European Patent Convention, patentability is precluded if the invention is publicly disclosed anywhere in the world in any way prior to the filing date of the patent application. Limited exceptions exist for wrongful disclosure or disclosure at a certified exhibition, provided the application is filed within six months of the disclosure.

In Japan, patentability is precluded if the invention is publicly known or used in Japan, or described in a printed publication anywhere in the world in any way prior to the filing date of the patent application. Limited exceptions exist for experimental use, unauthorized disclosure or disclosure at certain scientific meetings, and disclosure at certified exhibitions, provided the application is filed within six months of the disclosure.

Most other countries have loss of rights provisions similar to those described above. Important rights outside of the U.S. may be irretrievably lost by a single instance of premature public disclosure.

Don't create your own prior art

To avoid the loss of valuable patent rights, it is crucial to protect the secrecy of the invention until a patent application is filed. This means ensuring that a patent application is filed that covers any information that, prior to its disclosure, will be published in a journal, disclosed at a meeting, sold or offered for sale, presented or discussed at a scientific conference, or in some instances, shared with collaborators. If prior to filing a patent application, it is necessary to disclose an invention to a third party for the purpose of further testing or perfecting the invention, such as in a clinical trial, taking the proper steps to implement the safeguards necessary to prove experimental use may preserve patent rights that otherwise would be lost or compromised.

Paula Campbell Evans is a partner in the Intellectual Property & Technology practice group at Sonnenschein Nath & Rosenthal LLP. Ms. Evans is a registered patent and business attorney and she focuses her practice on patent issues and on intellectual property business transactions. She can be reached at One International Place, Boston, MA 02110; 617-235-6801; pevans@sonnenschein.com. 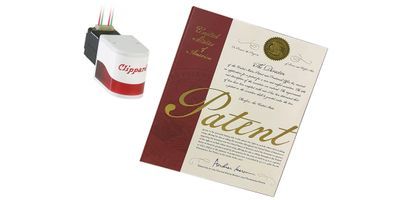 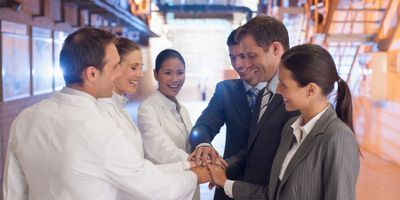 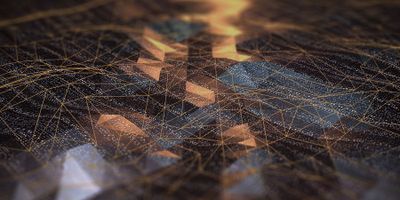