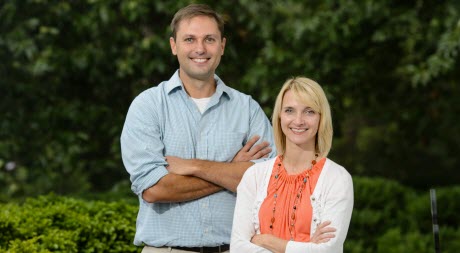 Research by Tom Zagenczyk and Kristin Scott examines bully bosses in the workplace.Image Credit: Ashley Jones / Clemson UniversityEmployees fed up with abusive behavior in the workplace aren’t hesitant about getting even, which usually comes in the form of subtle, covert retaliation where they are more likely to avoid punishment, according to Clemson University researchers.

Kristin Scott and Tom Zagenczyk, associate professors in the management department, said organizations that harbor hostile or ultra-competitive environments are breeding grounds for managers who mistreat employees. Relationship-oriented professions such as sales, customer service and public relations are workplaces where bullying is reported most frequently.

“At some point in their careers, about 50 percent of employees can expect to have an abusive supervisor. The bad behavior can be rooted in any number of issues, from the manager being bullied as a child, a need for control, stress or family problems,” Scott said.

Whatever the reasons, some employees won’t put up with their abusive boss and attempt to get back at the supervisor, usually in subtle ways that are harder to detect. “This retaliation comes in many forms, from withholding important information, refusing to put in extra time and ignoring their bosses, to gossip or theft of minor company property.”

Other factors that affect employee responses to abusive bosses include culture and the degree to which employees perceive that the supervisor is representative of and share the values of the organization.

Workplace bullying doesn’t only take its toll on the targeted employee, it can reverberate into that individual’s personal life. Some workers not willing to vent their frustration at work lash out at family members instead.

“Abusive supervisors not only can make life miserable for their direct reports, they can contribute to an unhappy home life,” Scott said. “Spouses of these employees have reported that their bullied worker often times was moody, hostile or demeaning at home.”

Zagenczyk added: “This sort of displaced aggression is particularly problematic because employees who report they were undermined by their parents during childhood are more likely to be perceived as abusive by their subordinates when they become bosses themselves. This means aggressive organizational cultures could potentially lead to another generation of abusive supervisors.”

On the flip side, studies have shown if an employee has an unhappy personal life, a supervisor can lift the spirits by offering encouragement and support. Recent Clemson research indicates supervisors can especially uplift the spirits of female workers who experienced domestic abuse at home.

Scott said, “in these circumstances, a supportive boss has been shown to have a positive effect on a subordinate’s work and personal lives by being supportive of the employee’s plight. They can become a buffer to the many negatives in an employee’s home life, enabling them to be productive in the workplace at a time when the employee might not otherwise be able to do so.”

So how are despotic supervisors allowed to reach positions of authority and what can an organization do to minimize their repugnant behavior?

Scott said often these supervisors get promoted as a result of their technical skill and if they are known to be insensitive, cruel and cold-hearted, it’s overlooked.

“Too frequently, we hear of this behavior and it should be the antithesis of getting one promoted. Like harassment, organizations should start to take a zero-tolerance policy on emotionally abusive/bullying behaviors, particularly in the leadership ranks. Then they need to hold them accountable for their behavior.”

Training and coaching is vital in helping people managers to understand the key roles they play in employees’ productivity, job satisfaction and well-being, Scott said.

Zagenczyk said abusive supervision is a particularly difficult problem because, “sometimes the problem is not the supervisor alone, but the organization’s culture itself: aggressive cultures teach employees that abuse of subordinates is an acceptable – and sometimes expected – practice. Thus, organizations may need to look to the examples set by top-level managers to curb abusive supervision.”

“Managerial abuse can be costly in the form of absenteeism, turnover, productivity loss, and litigation. Organizations have to be committed to reinforcing and sustaining positive managerial actions through performance reviews and incentive practices,” Scott said.

Automation May Not Increase Job Satisfaction for Everyone

Automation May Not Increase Job Satisfaction for Everyone