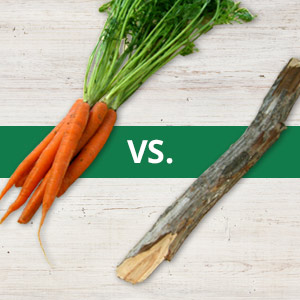 A simple experiment devised at Washington University in St. Louis suggests that punishments are more likely to influence behavior than rewards. The results, which stem from a study involving 88 students at the university, are available online in the journal Cognition.

The study found that losses — or punishments — had a measured impact two to three times greater than gains — or rewards.

In one study group, students listened to a series of clicking noises and indicated whether they heard more clicks in the left or right ear. In another group, students watched for flashes of light on a screen and indicated whether they saw more flashes on the right or left side. The number of clicks and flashes on each side were randomized and often very close together, making the task challenging and the students often uncertain of the correct response.

Every time a student made a choice, the researchers randomly displayed a token for 5, 10, 15, 20 or 25 cents that was given as a reward for the correct answer or taken away as a punishment for an incorrect response.

However, unlike the response to a reward, no matter how large a sum was lost, the students showed a strong and consistent tendency to avoid the previous choice. This was true in both groups — among those who heard clicks and those who viewed flashes — demonstrating that the stimulus itself didn’t matter.

“Objectively, you’d think that winning 25 cents would have the same magnitude of effect as losing 25 cents, but that’s not what we find,” said the study’s lead author, Jan Kubanek, PhD, a postdoctoral research associate in anatomy and neurobiology at Washington University School of Medicine.

The study, performed in collaboration with Richard A. Abrams, PhD, professor of psychology, may help in the understanding of learning behaviors. For example, would students learn more efficiently if their teachers rewarded correct answers or pointed out incorrect ones?

According to this research, in some situations it may be better to deduct points when students are wrong than to reward them for correct answers. This may help students avoid making the same mistake again.

“The question of how rewards and punishments influence behavior has occupied psychologists for over 100 years,” said Abrams. “The difficulty has been devising effective tasks to probe that question. We used a simple approach that reveals dramatic differences in the way people respond to different types of feedback.”

Added Kubanek: “Regarding teaching strategies, our study suggests that negative feedback may be more effective than positive feedback at modifying behavior. Our study showed that such feedback does not have to be harsh, since it appears that we tend to react in the same manner to any amount of negative feedback. From an evolutionary perspective, people tend to avoid punishments or dangerous situations. Rewards, on the other hand, have less of a life-threatening impact.”

This could help explain why students in the study strongly avoided repeating mistakes, no matter how big the punishment was.

The researchers next plan to look at how behavioral changes in response to rewards and punishments are encoded in the brain. “Do the neural signals in our brain also show discrepancies between how we react to rewards and punishments?” Kubanek asked. “Studying the neural mechanism involved may help us better understand and possibly alleviate neurological disorders in which the associated processes go awry.”

Three Keys to Implementing Gratitude in the Lab

Three Keys to Implementing Gratitude in the Lab

The Harm of Entitlement

The Harm of Entitlement

When Job Insecurity Leads to Sabotage

When Job Insecurity Leads to Sabotage

How to Utilize the Power of Gratitude at Work

How to Utilize the Power of Gratitude at Work