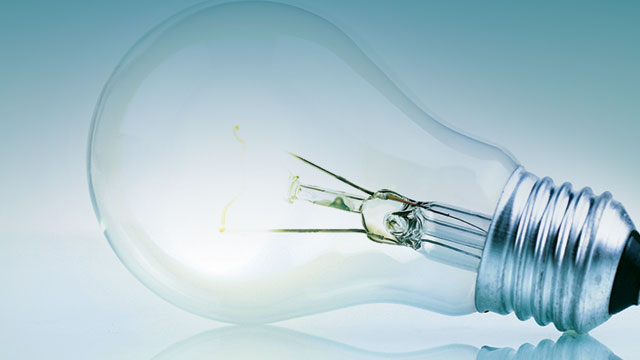 Is everybody happy? Far from it, but America’s patent system “has always engendered bipolar reactions,” said David Kappos, who helped preside over AIA’s final formulation as then-director of the US Patent and Trademark Office (USPTO). If he was expecting a tepid reception for AIA, he got it.

As the final bill rounded into shape, stakeholders were restive and second- guessing the presumptive finished product. Post-passage, the roar of the crowd remains divided. The big multinationals and other well-capitalized interests figure they’ll make out. The less well-endowed— independent inventors, government labs, nonprofit research groups, and some in academia—are more apt to perceive 2011’s patent reform as patently offensive. Patent lawyers are laughing all the way to the bank. And some observers predict longer days in store for research managers burdened with new challenges under AIA.

AIA was heralded as the long-overdue legislative fix for what ails America’s patent system. The last significant changes, enacted in 1952, produced an intellectual property architecture that left much to be desired as America entered the 21st century.

The dynamics of change and new technologies outstripped the ability of the USPTO to manage increased patent flows in timely fashion. Applications waited three years to be acted on. According to the Patently O blog, inventors who submitted valid patent applications endured a five-year wait. The pendency problem, or application backlog, was a bottleneck seen to stifle progress and impair America’s competitive position in the global economy.

Reversing the systemic trend toward costly litigation as a common means of resolving disputes was another paramount concern of congressional leaders. Also high on their agenda was improving the synchronicity of America’s intellectual property rights vis-à-vis other national patent systems to ensure that inventions retained their potency as they traveled through foreign jurisdictions.

Although the USPTO is one of the smallest of Washington, DC’s federal agencies in terms of manpower, it hits way above its weight, to use a boxing analogy. Its roughly 9,000 examiners are on the front lines where the rubber hits the road in IP matters, deciding which patent applications make the cut, subject to review and reexamination and, increasingly, trial.

Congressional attempts to craft legislation began during the latter years of the administration of President George W. Bush. Proposed patent reforms failed to take flight in 2005, 2007, and 2009, but the players and approximate body of legislative work were assembled for the final push in 2011.

AIA was among the most heavily lobbied issues of the past several decades. Among those agitating loudest for reform were well-funded software and information technology firms and pharmaceutical and life science interests. The latter group often have all their eggs in one patent basket. Many suffered financially toward the end of 2012 when a raft of patented medicines exhausted their 20-year term of protection and fell off the patent cliff. The former group is beset by the multiplicity of patents required to commercialize technologies and the plague of “trolls“ who prowl for patents subsequently used for purposes many believe resemble extortion.

A complete understanding of AIA requires careful study and a good lawyer. The devil is in the details, and details are plentiful. As presented, AIA was a voluminous 59 PDF pages, broken down into 37 sections. With so many moving parts, it was no surprise that the bill contained bugs. One year after AIA’s passage, a bill of “technical corrections” was fast-tracked through Congress and signed into law. Even this was ponderous, containing 14 separate sections of legislative fixes.

And still they didn’t get it right. Robert Armitage, then senior vice president and general counsel of Eli Lilly and one of AIA’s main architects, acknowledged that the bill of corrections contained errors.

The statute’s complexity and broad language are problematic. Former USPTO director Kappos, commenting on the bill’s clarity or lack thereof, admitted as much. “You do get a sense that there are many ways to interpret the statute,” he said after its passage into law. “Some more wishful than textual.”

The courts will have the last word. As with all laws, this statute is subject to judicial interpretation. Assessing the full impact of AIA remains on hold until the courts develop a mature body of case law—a process that observers agree will take years. The big question is how the Federal Circuit and ultimately the Supreme Court interpret AIA. The USPTO has been given new authority, but as long as the agency’s decisions are subject to an overriding review by the courts, it remains unclear whether the USPTO’s new powers in fact streamline the process.

This much is extremely clear: AIA will profoundly affect how patents are filed, prosecuted (considered by USPTO examiners), and litigated.

Owing to the founding fathers’ concern with individual property rights, first to invent (FTI) was the operating principle of America’s patent system prior to AIA. The intent was to reward the original inventor. But as proving one was first grew more problematic, litigation increased and the USPTO became mired in interminable disputes that stretched its resources. In this uncertain climate, venture capital receded, hurting start-ups.

Other jurisdictions—the European Union and most other developed nations—employ a system that awards whoever is the first to file (FTF) or apply for a patent. Changing from FTI to FTF, the centerpiece of AIA, was an attractive proposition for the bill’s framers. FTF was a proven method at hand, and the switch would harmonize America with its major trading partners. Under FTI, parties in the process of taking a patented design to market were haunted by the prospects that another alleged inventor would emerge and throw the proceedings into gridlock. Under FTF, it’s a simple matter of the filing date. What finally emerged under AIA was a first-inventor-to-file (FITF) system that kicked in on March 16, 2013.

An analysis on the Patently O blog suggests that AIA’s purported harmonization is somewhat misleading. An FITF regime incorporates elements of both FTI (which it replaced) and FTF instead of integrating all combined aspects. So AIA may more accurately be described as a hybrid, and as such can produce outcomes different from those of FTF systems around the world—the sort of thing that should keep America’s research community on its toes as it contemplates foreign and/or domestic IP rights.

AIA goes above and beyond the act of awarding a patent to the inventor whose application has the earliest priority date. The complexity of page after page of provisions creates loopholes that some will exploit and traps that will ensnare others, and puts lab managers on a steep learning curve.

To receive patent protection, an invention must be novel and not obvious. Under patent law, information previously in the public realm in any form is considered “prior art” that invalidates claims of originality. Under AIA, inventors have a one-year “grace period” after disclosure to file for domestic rights. But the European Patent Office and most other FTF regimes do not recognize a grace period, so any previous domestic disclosure is an absolute bar to subsequent patent protection abroad. The 2013 rollout of the new Cooperative Patent Classification, which replaces European and American classification systems, is expected to ease the transition.

A careless or inadvertent disclosure at a trade show or conference or online is a misstep that can eliminate IP rights in foreign markets, but silence is costly domestically, and quick disclosure is paramount to preempt others from intervening. FITF is somewhat of a misnomer. The first inventor to file an application or conceive an invention is not necessarily the winner—it’s the first to reduce an idea to practice and disclose the fact who stands to wins the patent, even if someone else came up with the same invention at an earlier date.

Researchers are now tasked with becoming more vigilant and proactive. An early analysis of prospective markets is essential, as is monitoring other relevant disclosures. Under AIA, the risk of IP theft increases, since internal documentation like notebooks becomes largely irrelevant in patent disputes—it’s more a matter of the earliest date now. Preemptive defensive disclosures can thwart competitors but up the ante on international rights and one’s own patent filing deadlines, since the 12-month clock starts ticking with any disclosure. Researchers seeking lucidity on this general issue may be displeased to learn that the USPTO still struggles with a precise definition of the word “disclosure.”

Foreign considerations are routine for multinationals but another burden to bear elsewhere. AIA does include certain provisions designed to help independents and nonprofits—fee reductions for micro entities, fast-track patent examination, and expanded prior user rights. But less well-funded players will not take encouragement from the findings of a National Bureau of Economic Research study on the effects of Canada’s switch to an FTF system in 1989. Noncorporate inventors suffered. Will America’s colleges and universities—or their technology transfer offices—have trouble controlling academic researchers incentivized to publish to further their careers?

“We find that the switch failed to stimulate Canadian R&D efforts,” said the study. “… reforms had a small adverse effect on domestic-oriented industries and skewed the ownership structure of patented inventions towards large corporations, away from independent inventors and small businesses. These findings challenge the merits of adopting a first-to-file patent regime.”

Venture capitalists invest on the future promise of technology with the expectation they can retain patented assets should the start-up fail. But the need for earlier disclosures and the 12-month clock make it harder for the little guys to shop their idea around for financial backing. It also suppresses innovation. Why keep inventing if you can’t take ideas to market?

In the surge of technology, a patent’s strategic value is more readily separated from its innovative value. Columbia University professor Rita McGrath makes the case that the traditional linkages between technology, innovation, and intellectual property are breaking apart, endangering sustained monopoly protections. As the pace of change accelerates, the window of opportunity to enjoy competitive advantage closes that much sooner. Monopoly investments fall short of producing long-term results. Successful inventors must become more agile and flexible—a quality more commonly attributable to smaller operators with less bureaucracy.

An Industrial Research Institute study by W. Austin Spivey, J. Michael Munson, and Bernd Wurth takes an in-depth look at AIA’s implications for lab managers. The authors contend that AIA puts R&D managers squarely on the spot. They must evaluate an innovation’s commercial potential much earlier in the process with a larger group of stakeholders and maintain greater secrecy. Collaborations become dicey. Employee turnover can jeopardize IP. Managers, they say, must learn to think strategically to achieve market success.

A primary objective of AIA was to interject more certainty into the patent process. The last significant change was the Patent Act of 1952. If history is a guide, it may be a decade before the Supreme Court receives its first major case on FITF provisions. If that’s not enough to generate misgivings, consider this: Congress called for no fewer than nine studies and reviews of AIA. Who knows what subsequent changes they will generate?

As the pace of innovation continues to outstrip the ability of intellectual property systems to manage change, the need for a new, updated system becomes more painfully obvious. So if you don’t like this latest version, just stick around. The drumbeat for patent reform will go on and on. 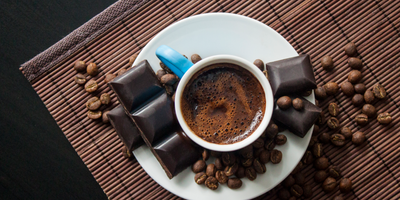 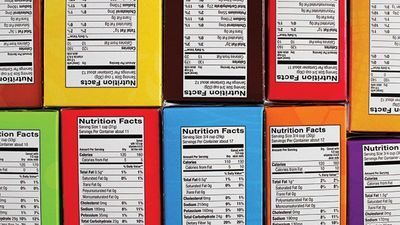 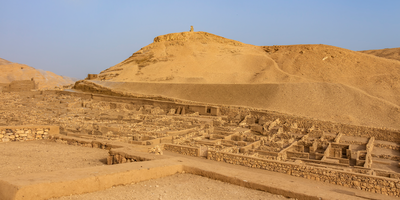 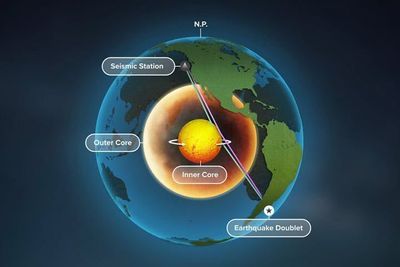 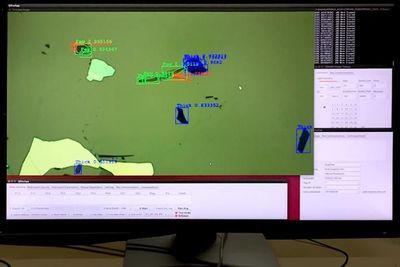 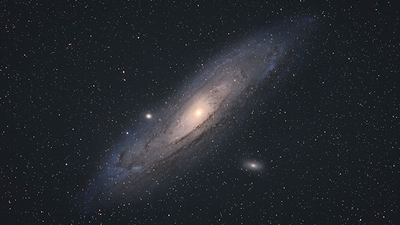