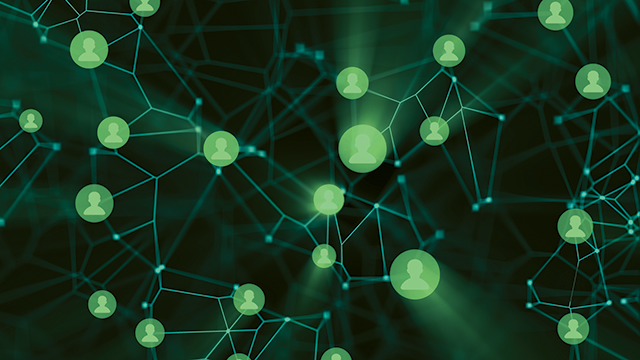 Propelled by faster internet services, with ever-growing bandwidths and an expansive range of innovative mobile communications devices, social media networks have permeated virtually every aspect of contemporary life, including science and technology laboratories, despite some lingering hesitations and uncertainties. The positioning of social media as an engine for scientific collaboration appears to be taking shape with some urgency.

Although pockets of skepticism and reluctance remain—attitudes that social media pursuits are trivial and frivolous, if not vain, and deviate from tried-and-tested methods to uncover and disseminate scientific findings—scientists now seem more willing to broaden their communications’ repertoire and include social media sites, blogs, and networks in their efforts to acquire and share information with a larger audience way beyond their peers.

David Shiffman, PhD, Liber Ero Postdoctoral Research Fellow, Simon Fraser University, in Vancouver, British Columbia (BC), says that his discipline, marine conservation biology, long ago recognized the need for talking to the public and engaging a variety of stakeholders. He notes, “If you want to change people’s behavior and government’s policy to protect marine life, it’s just not enough to publish peer-reviewed journal articles that no one will read.”

“You need to get out there,” says Shiffman, who regularly delivers speeches at schools and presentations at museums and related venues, while being actively engaged in getting information out through the mass media. “I am the most followed scientist in BC, where I live now—I use social media, and I also use my Twitter account Why Sharks Matter and my Facebook fan page Why Sharks Matter.

“I use Twitter and Facebook to share interesting information about sharks or about the ocean, and to identify and promote opportunities for people to get involved and share their energy and ideas. I also use social media to answer people’s questions, which I am always happy to do. I do a one-hour a week ‘ask me anything’ session on Twitter to answer questions from anyone, anywhere—I have answered thousands of questions via these sessions.”

He has also written a number of articles and has given numerous interviews to popular media outlets to disseminate key information about sharks, conservation, and marine science in general. Shiffman believes this is an important part of the process of spreading information on these subjects as well as making conservation more accessible to people who do not have advanced degrees and knowledge but who want to know more about the ocean and how they can help with its ecological health.

“I’d say I am an extreme example of how scientists use social media. More and more scientists are using it for public outreach; in fact, I have personally taught more than 500 scientists how to use Twitter. There is a diverse community, both in terms of background and seniority, who are now using Twitter and other social media for public outreach to larger audiences and to provide information about their work. Twitter has, without a doubt, made me a better scientist.”

In a 2016 PLOS ONE paper titled “How Are Scientists Using Social Media in the Workplace?” Shiffman and his co-authors, Kimberley Collins and Jenny Rock of the Centre of Science Communication, University of Otago, Dunedin, New Zealand, reported the findings of a survey that evaluated how a sample of 587 scientists used social media to communicate both internally and externally. The authors reported, “Our results demonstrate that while social media usage has yet to be widely adopted, scientists in a variety of disciplines use these platforms to exchange scientific knowledge, generally via either Twitter, Facebook, LinkedIn, or blogs.”

In a follow-up email exchange, Kimberly Collins, who recently completed a national campaign in her native New Zealand called "bird of the year" that requires voting for “our favorite bird” notes, “My anecdotal impression is that scientists are using social media more than ever before and that they have branched out into using Instagram and You- Tube a lot more since our study. My observation is that they predominantly use it to connect with other scientists and to expand their networking opportunities.” She notes, “There are some scientists (such as David [Shiffman]) who do a great job of using social media to communicate with the public. The key to their success is breaking through the "science bubble" and communicating with people who aren't already involved in science.

“I think there is a risk that scientists can end up doing the equivalent of yelling into a cave and listening to each other's echoes (which is only natural on a social media platform). If scientists want to use social media to effectively communicate, they need to challenge themselves to think about who they are trying to reach, which social media channels those people are likely to use, what kind of posts will reach them, and what kind of messaging they will respond to.”

Collins notes that the bird of the year campaign in New Zealand is one good example of that. “Here in New Zealand we have a biodiversity crisis with over 4,000 species in trouble. But national surveys show 73% of people think our environment is in a good to adequate state. That's a massive knowledge deficit, so we use birds (which New Zealanders respond to and have a lot of pride in) to engage people with the wider issue and encourage them to take action. It's a (very) silly competition with a serious message.”

Addressing the still-limited use of social media by scientists, Shiffman says, “I think that there is still a great deal of skepticism or reluctance about the use of social media among some scientists. That’s okay; I don’t think everyone has to use social media, and not everyone can do it in a way that is broadly useful and helpful. But for those who want to do it, and who are good at it, I’d like to see that become more valued professionally.”

In a 2013 PLOS Biology paper, “An Introduction to Social Media for Scientists,” authors Holly M. Bik, of University of California, Davis, and Miriam C. Goldstein, of University of California, San Diego, alluded to the challenges some scientists face with grasping the rudiments of social media: “Although a number of guides exist online, many researchers still feel overwhelmed and hesitant toward the virtual world, lacking sufficient information and guidance through formal scientific channels such as peer-reviewed journals.”

In addition, administrative challenges abound. Shiffman says, “We hear all the time how important it is for scientists to get out of the ivory tower and talk to the public. Then we hear how someone tried to do that and their department leadership intervened, saying that kind of activity doesn’t count for promotion or tenure—and will have to be on your own time.”

To be sure, social media is now being used for innumerable nonscience purposes, including overweighted use in entertainment, and for social and political commentary, among other subjects. Social media is an incredibly powerful tool that has truly revolutionized how people communicate with one another. A lot of people use social media for trivial and other fun pursuits, and for these reasons a number of scientists are skeptical or reluctant to use social media as a tool for serious scientific endeavors and collaboration, according to Shiffman.

Alluding to the large body on nonscientific content in social media, a 2018 Pew Research Center paper titled The Science People See on Social Media, notes that “Science-related Facebook pages draw millions of followers but feature more posts with ‘news you can use’ or ads than scientific discoveries.” The Pew study, seeking to better understand science information that social media users access off leading platforms, examined the posts on 30 of the most heavily followed science-based pages on Facebook during a six-month period.

The authors of the Pew Research Center study, Paul Hitlin and Kenneth Olmstead, reported that 26 percent of social media users reported that they followed a science-related page, while 33 percent reported that social media represented an important way for them to get science news, and 44 percent said that they often or sometimes saw science news on social media that they would not have seen anywhere else. Based on the posts on the 30 science-related pages followed over the six-month period, advertisements and promotions accounted for 16 percent, ‘news you can use’ for 21 percent, other categories for 34 percent, and new scientific discoveries only accounted for 29 percent.

Shiffman says, “People sometimes make broad sweeping statements that social media does not add value without knowing how the platforms work or how to use them. When used effectively, social media can help scientists to unearth scientific papers, research methods, or locate professional colleagues with similar interests who they may not have found otherwise.”

Among the noted downsides of social media information are hypedup claims, or oversimplified or inaccurate content. Shiffman says that while these are important issues, they are certainly not limited to social media, and actually misrepresentations are often more of an issue in the mainstream media. In a number of cases, misrepresentations or misstated facts could be traced back to sources like inaccurate press releases or related announcements. Shiffman says that while there is often a need to summarize or simplify and clarify statements, this does not have to lead to inaccuracies or misrepresentations. Nonetheless, this is an important concern with social media, which is all the more alarming when considered against the relative ease with which posts, especially those with alluring or sensational information, could go viral and reach massive numbers of readers in a short period of time.

The plethora of social media blogs, sites, and networks has eluded the application of accurate metrics on usage. As interest and use of social media tools increase, measurements have started to emerge to gauge the amount of scientific content being accessed via social media. One notable advance in this area is the current adoption of altmetrics, which reflects real-world utility of published scientific information—representing a much broader and more comprehensive approach to research information than the more traditional impact factor, which is narrowly focused on citations in journal articles.

Turning to the future prospects of social media, Shiffman says, “I don’t know if every social media platform that exists now will still be around in the future—but platforms such as Facebook and Twitter will likely exist far into the future—and as more people of my generation start to use these platforms they’ll take on even greater acceptance and prominence as tools for professional outreach.

“I don’t think we will be at the point where anyone is required to use these platforms but what I’d like to see is that the people who want to use them, and are good at doing so, get rewarded for all the time and benefits they can bring to their institutions and to their fields.”