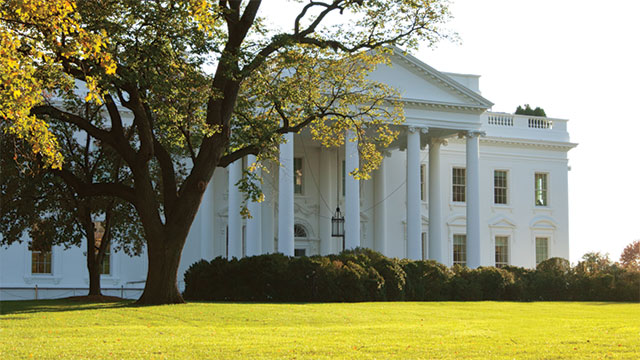 Who will step up to help Andrew Lamar Alexander, Jr., stop the bleeding? The senior U.S. senator from his native Tennessee, Alexander is a consummate political professional and champion for science, an uncommon skill set among members of the 115th Congress.

Elected in 2003, Alexander has accrued enough seniority to acquire real power. Washington, D.C., is a town that corners the market on self-important people, but even they know to make way for appropriations subcommittee chairmen who control the purse. Inside the Beltway they’re called cardinals, as godlike as the College of Cardinals who select the pope.

As chairman of the Senate Appropriations Subcommittee on Energy and Water Development, Alexander presides over the decision process that dispenses federal funding to a multitude of research-intensive entities within his subcommittee’s oversight, including Tennessee’s very own Oak Ridge National Laboratory.

Researchers write grant proposals hoping to use unique research tools housed at Oak Ridge, including the Spallation Neutron Source, a particle accelerator that is the most powerful of its kind in the U.S. And in early 2018, an IBM supercomputer acclaimed the world’s fastest is scheduled to be up and running at Oak Ridge, bringing home bragging rights held by China.

That sort of news should delight an ardent nationalist like President Donald Trump, but it didn’t stop his administration from putting Oak Ridge research programs on the chopping block when the president’s budget was released in March.

Alexander countered by hurrying a bill through his subcommittee to restore funding to the U.S. Department of Energy’s Office of Science. The DOE is among America’s largest employers of scientists and engineers, many working in national labs. Under Trump’s budget, some 1,600 positions at Oak Ridge were targeted for elimination.

Earlier, Alexander was at the forefront of a bipartisan congressional show of force that rejected Trump’s fiscal year 2017 science cuts, last-minute changes he wanted written into an omnibus spending bill before he became president.

Lawmakers from both parties always try to protect federal dollars flowing into their states, but some of Trump’s cuts were egregious nonstarters for members who support “research investments,” as R&D spending is often called on the Hill, reflecting the generally high regard in which legislators hold it.

The battle lines are drawn. Congress has the power of the purse—authority over spending and taxing—and most of its members share the widely held belief that scientific R&D benefits society and drives economic development.

But besides the enormous power of the presidency at his disposal, Trump has the presumptive support of the majority party in both the House and Senate, a long memory for those who displease him, and a propensity for doubling down instead of compromising.

If a man of Alexander’s stature can’t hold the line and protect his prestigious pet projects like Oak Ridge, is anything safe?

Trump rode into the Oval Office on his promise to “drain the swamp” of bad deals for taxpayers and to reduce government sprawl. Then there’s the little matter of reducing the national debt. And should he persuade Congress to lower taxes, as promised, even deeper cuts will be in order.

Disparaged as the most anti-science president ever before his inauguration, Trump didn’t disappoint. The magnitude of his proposed cuts to federally funded science and research operations exceeded the worst expectations of many.

Critics compared “America First: A Budget Blueprint to Make America Great Again” to an evisceration. The National Institutes of Health budget was cut 20 percent, the Environmental Protection Agency was whacked with a 50 percent reduction, and on and on. Ramifications extend beyond the agencies themselves. More than 80 percent of the NIH budget is spent supporting some 300,000 outside researchers, and EPA cuts, broadly speaking, might leave the job of safeguarding America’s air and water to local officials.

Trump’s defenders say that some federal investments in R&D have been duplicative or ineffective, while others ought to be handled by the private sector. And there’s still $150 billion in R&D funding on the table in FY2018.

Another argument for spending less on innovation is that America simply cannot afford to spend more. And besides, as Trump’s $1.1 trillion budget reflects, there’s a new set of priorities in D.C.: the Pentagon and the Departments of Homeland Security and Veterans Affairs.

Federal R&D spending as a percentage of America’s GDP has been declining for decades. Now it’s reached the point where the federal purse no longer funds the lion’s share of basic research.

As the funding landscape changes, so do the ways scientists do business. When federal funding flattened, corporate and private money picked up the slack to become the dominant funders. Academic researchers would seem to have the most to lose under this new arrangement, but college administrators hope to persuade the White House to ante up for research to keep pace with China’s investment level.

Related Article: What Does Trump's 2-For-1 Rule Mean for U.S. Labs?

Science has traditionally enjoyed bipartisan support from appropriators on the Hill, but Trump has emboldened diehard conservatives. As Alexander tries to restore cuts on the Senate side, Lamar Smith (R-TN) keeps cutting on the House side, stripping away funding support from social sciences and climate and energy research. Chairman of the House Science, Space and Technology Committee, Smith takes credit as the first member of Congress to donate to Trump’s presidential campaign.

Throw in some of Trump’s other proposals for the fiscal year—extended caps on nondefense spending and a big bump up for the Pentagon—and there’s little to suggest the final budget will deviate from a trajectory constricting federal discretionary spending. For the foreseeable future, legislative favorites like research investments will be closely scrutinized. Invariably, scientists face a new normal of less federal funding and increased competition for grants and support.

It’s the Trump Effect, a political jump start that represents another giant step forward toward public engagement and intermingling, and a remarkable turn of events for a profession that largely practiced under the radar and avoided engagement until very recently, now gingerly climbing aboard the Internet/social media bandwagon.

Newly energized, scientists took to the streets of Washington, D.C., last April for the March on Science. Some sat it out, concerned that science would be lumped with sundry liberal social causes into an amorphous anti-Trump protest. Some marched in solidarity, some because they had simply had enough. For that matter, the president and most scientists appear to have very little in common. Last time anyone checked, in 2009, just six percent of scientists identified as Republican. (Fifty-five percent were Democrats, 32 percent independent, and the rest “don’t know.”) Does Trump know that most federal funding is awarded to scientists working on America’s East and West Coasts, both reliable Democratic strongholds that voted for Hillary?

Scientists aspiring to higher office must contend with an electorate separated by a growing partisan divide over how much government should spend on scientific research, according to a Pew Research Center study conducted in April 2017. Among Democrats and those leaning Democrat, 60 percent would increase spending. Among Republicans and those leaning Republican, 33 percent would. In 2001, the divide was miniscule.

Instead of leaning on a few heavy hitters like the methodical, disciplined Alexander, some scientists are doing the groundwork to develop a deeper bench of congressional champions, the better to influence legislation and make policy. According to the Congressional Research Service, Rep. Bill Foster (D-IL) is the only current member with a doctorate in a scientific field. The two professions are worlds apart in the public eye—scientists generally esteemed, politicians scorned. Science is progress, politics darkly partisan.

The different budgets in play are opening moves in what shapes up as complex, contentious negotiations between Republicans, Democrats, and the White House to reconcile all three versions—the presidential budget and the House and Senate proposals.

Budget battles are grueling, but political observers say this one is already ripe. It’s always hunting season for both parties on the Hill now, with the atmosphere far too poisonous for Democrats and Republicans to agree on anything of substance without requisite extensive quarreling.

The treatment the president’s budget receives from appropriators depends on how events unfold after Congress returns from its August recess and gets back to work.

Democrats have budget issues across the board and can exercise their filibuster power. Republicans will oppose such steep cuts, and many will protect science.

Biomedical science seems safe because everyone wants cures for disease. Pharmaceuticals continue to drive an increase in corporate basic research, and the industry has a track record of attracting streams of financial support from private-sector sources.

The wild card is a mercurial, combative president. Should budget negotiations drag on, Congress can approve continuing resolutions, temporary spending measures that fund agencies at current levels. Or come September, at the end of the fiscal year, the president might ramp up his war against Washington elites and sprawl and decide America’s capital city needs a good government shutdown.

A president who prizes the winners will take some losses before the budget is finalized. On the Hill, science matters. Now the trick is to send in the reinforcements to make science matter even more.

Corralling the Costs of R&D

Corralling the Costs of R&D

The Need for Adoption of BioELNs

The Need for Adoption of BioELNs