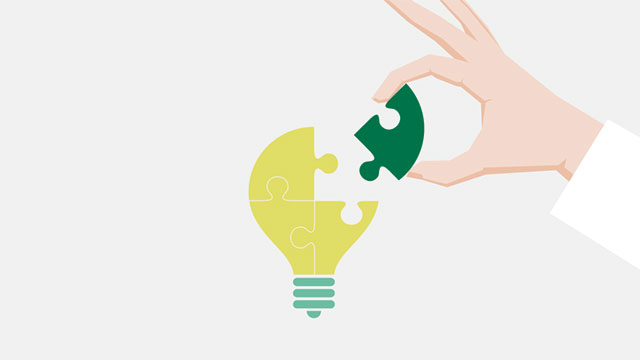 Remember Martin Shkreli? In the fall of 2015, the 32-year-old CEO of Turing Pharmaceuticals took a turn as the most hated man in America after unapologetically increasing the price of an anti-parasite medication from $7.50 to $350 overnight.

Blasted for profiteering, the cocky Shkreli pleaded altruism. “This is a disease where there hasn’t been one pharmaceutical company focused on it for 70 years,” he offered as a defense. “We’re now a company dedicated to the treatment and cure of toxoplasmosis. And with these new profits, we can spend that upside on these new patients who sorely need a new drug, in my opinion.” Shkreli won’t be the last talking head to take cover behind subsidized research as justification for higher costs. But his price-gouging resonated too deeply to be filed away as just another manifestation of modern greed. It wasn’t just front-page news—the Internet was ablaze with condemnations and fulminations. We’re all at the mercy of medical entrepreneurs like Shkreli, and there are more where he came from.

The greater issue brought to bear was America’s broken health care system, largely because of the cost of medications. Which inexorably leads to intellectual property rights expressly created to incentivize the discovery and development of products that benefit the public good. Affordable medications are high on that list.

A funny thing happened on the way to the future of ideas, which economists call a “non-rival good” since an idea can be possessed or “occupied” by multiple users. As soon as the next great thing comes along, rivals claiming ownership lawyer up and commence legal proceedings that block or delay innovations from serving mankind.

The driving role that patents played in the march of science is indisputable. Researchers bow to the wealth of specific information patents contain, including “prior art,” meaning all drawings, books, documents, photographs, reports, etc., that relate to that specific invention. Patents are a proven means of staying up to speed on the state of the arts and who’s doing what. Innovation, after all, is a largely incremental process that builds on previous discoveries often best detailed in patent literature.

But in today’s uncertain and hyper-litigious climate, greater secrecy is beginning to preempt patenting as the intellectual property (IP) tool of choice among segments of the scientific community, particularly those intent on commercializing their inventive genius. What do secrecy and innovation have in common? Absolutely nothing.

Aside from meeting the basic requirements that govern all patents—i.e., useful, nonobvious, and novel—a good patent hits the sweet spot between being so broad that it invites litigation or encourages competitors to encroach or so narrow that the idea is hardly worth pursuing.

The optimal scope and duration of IP protection is always contentious, but Jim Bessen, an authoritative patent innovator and scholar who studies the economics of patents and innovation, saw a different kind of trouble starting during the software boom in the mid-1990s. The U.S. Patent and Trademark Office (USPTO), which decrees and manages America’s intellectual capital, had begun to relax its standards, says Bessen.

The agency “allowed large numbers of patents with very fuzzy boundaries. . . . Part of that fuzziness came from . . . abstract software ideas or abstract descriptions of business methods,” he explains in an Industrial Research Institute white paper.

The by-product of an IP regime operating under newly relaxed patent laws was predictable. The subsequent decline of patent quality stoked uncertainties that inclined inventors to call their lawyers. Litigation exploded as a deluge of IP parties began to work the system. When legal costs impeded the R&D efforts of multinationals and independents alike, venture capitalists took to reading patent documents as a means of vetting their business plans.

Patent reform arrived in 2011 when President Obama signed the America Invents Act (AIA) into law. Heralded as a game changer, AIA was supposed to reduce litigation caused by patent assertion entities that stockpile patents and initiate litigation over licensing fees from parties that may have infringed.

But these entities, commonly called trolls, continue to drain America’s inventive juice. Patent troll litigation and litigation in general is on the upswing. Trolls typically inveigle their way into a payday by claiming ownership of one of many components contained in complex medical research equipment.

The melding of science and technology—to the point where the technology of today becomes the science of tomorrow— leaves pharmaceutical and biotech firms with broad exposure for trolls to target. An earlier study estimated trolls’ direct cost to defendants as some $30 billion annually, with overall yearly expenditures of $80 billion, including the opportunity cost of time spent in litigation.

Patent problems are popping up everywhere today. The customary court claimants from the high-tech and health care industries have been joined by trade groups representing a decidedly low-tech cast that includes supermarkets, restaurant chains, casinos, and the printing and insurance industries, all seeking relief from litigation. Agricultural interests now find they have more to worry about than the size of their Farm Bill subsidies as more crops are subjected to genetic manipulation.

But nowhere is IP so controversial or are stakeholders more restive than within the research-intensive pharmaceutical and biotech sectors that jointly account for the lion’s share of America’s patent activity, according to National Science Foundation data.

Biotech is still recovering from the Supreme Court’s seminal 2013 decision against Myriad Genetics that rearranged the landscape of biotech patenting. With human genes off the table as products of nature, the industry is redrawing its map to navigate the post-Myriad world.

Drug development is dicey and costly—for every 10,000 drugs developed, only 100 reach human trials and maybe ten hit the market. So the Bayh-Dole Act of 1980 gave colleges and universities legal rights to intellectual property developed with federal funding, which has since positioned America’s academic institutions as the nation’s predominant R&D incubators. They make it, and industry takes it and runs with it. Licensing agreements generally satisfy all partners, except when they don’t get that far because patent issues derail or delay the innovation from reaching the marketplace.

Harvard and the University of California, Berkeley, are locked in an epic legal IP donnybrook over ownership of a patent for the CRISPR-Cas9 technology that is believed likely to create industries worth billions when it hits the market. CRISPR (clustered regularly interspersed short palindromic repeats)—likened to molecular scissors that slice and dice genes with exquisite precision—is expected to revolutionize the study of organisms and create therapies to treat human diseases. But until the courts decide the winner, that research cannot proceed.

These delays retard subsequent downstream development of more innovations that researchers spin off from focal patents like CRISPR. A definitive empirical study of patents and cumulative innovation (2014, Galasso and Schankerman) found that patent rights block downstream innovation in computers, electronics, and medical instruments, but not in drugs, chemicals, or medical technologies, including biotech. This effect, say the authors, “is entirely driven by invalidation of patents owned by large patentees that triggers more follow-on innovation by small firms.”

Related Article: The Language of Invention

The study contains three major findings. First, patent invalidation generates a 50 percent increase in subsequent citations to the focal patent, beginning about two years after the court decision. Second, when blockage does occur, it is concentrated in sectors characterized by complex technologies and high fragmentation of ownership. And third, the extent of follow-on innovation depends on the ability of the transacting parties to avoid a bargaining failure in licensing, since small firms are more apt to litigate when unable to resolve disputes.

Count Galasso and Schankerman in the chorus of academics and scholars concerned that “patent rights are themselves becoming an impediment, not an incentive, to innovation. The increasing proliferation of patents and fragmentation of ownership between firms are believed to raise transaction costs, constrain freedom of action to conduct R&D, and expose firms to ex-post holdup through patent litigation.”

Since the 1980s, says Bessen, “R&D managers report…that patents haven’t been the most important way they earn return on their investment,” excepting pharmaceuticals and chemicals.

Considering the premium that scientists still put on patents, it’s a surprising fall from grace. Testimonials still abound. According to the European Union’s patent office, patents are the only source for 80 percent of current existing technical knowledge. Cost estimates of duplication suggest that 30 percent of R&D budgets are squandered by redeveloping existing inventions. Advocates maintain that patents are unsurpassed for monitoring competitors and gathering business intelligence.

Related Article: Your IP or My IP?

But others question whether researchers actually bother to read patent disclosures, or whether they’re put off by the prospect of wading through pages of legalese or entering into licensing agreements, or worried that misinterpreting contractual language could invite litigation over willful infringement.

Empirical data about how researchers regard and use patents is scant. Scientists share many of the garden-variety patent problems that plague others—the looming backlog of patent applications at the USPTO, interpreting regulatory imperatives, and ongoing costs of maintaining patent rights. But that’s nothing compared with the worst that can happen after an invention enters the public domain, much of which requires more of the services of more lawyers—theft or misappropriation of IP, serial and complex litigation, or mishandling IP transactions that thwart business goals.

The prospect of reward

And it’s ever more apparent that patent rights can act as innovation dampers. After studying the 1,600 genes sequenced by the privately held firm Celera compared with genes sequenced elsewhere and made public, MIT economist Heidi Williams found that the public genes were subsequently cited at nearly twice the rate of Celera’s. Gaps like this can persist permanently, depriving the world of the full benefits of private research in a timely manner.

The Obama administration touts the Trans-Pacific Partnership, a trade agreement between America and 11 other nations, as one of its signature accomplishments. But in a surprising turn of events, the agreement was jeopardized by participating nations that insisted on criminalizing trade secret violations, a more muscular response to the epidemic of IP gamesmanship. (The last issue still to be settled, reported The New York Times on June 2, was over “provisions reducing American pharmaceutical companies’ monopoly control [of] biologics.”)

Related Article: How an IP Infringement Victory Could Harm Research

While it remains to be seen whether this represents a global drift toward greater secrecy, it nonetheless troubles researchers, since trade secrets require zero disclosure. The 2016 Defend Trade Secrets Act, passed by Congress in April 2015, is another indication that secrecy is emerging as a strategically superior alternative to patents, a surer means of achieving competitive advantage in the quicksilver global marketplace. One national business monthly hailed the act as “the biggest IP development in years.”

Researchers may dream of the day when a preponderance of scientists heed the call of open science and publicly post their work. But patent attorney David Kline concluded that is highly unlikely to ever happen.

Kline maintains that a whole slew of studies (he cites 13) on the real-world impact of patenting on innovation and economic growth all found “that patents foster ex ante innovation—meaning they induce people to invent because of the prospect of reward.”

There you have it—fame and fortune, unfailingly. Invention seems to be less influenced by serendipity or the joy of discovery and more driven by markets and profit projections. So until something better comes along, the IP crowd will do its slow dance with patents and trade secrets, right in step with Abba’s hit “The Winner Takes It All.”