Frances Frei (left), a professor of business management and technology, and classics professor Emma Dench teamed up last semester to lead an experimental elective at Harvard Business School that used classic Roman and Greek writings to provoke deep discussions and reflections on what makes a successful leader.Photo credit: Jon Chase/Harvard Staff PhotographerHistory offers many inspirational role models for those looking to understand what makes a truly great leader, such as polar explorer Sir Ernest Shackleton, Queen Elizabeth I of England, or U.S. President Abraham Lincoln.

But beyond how to be a Wall Street-style mogul, perhaps, what lessons could the Roman Empire and its most notorious bad boy, Emperor Caligula, for example, possibly teach today’s students about leadership?

Surprisingly, quite a lot, say classics Professor Emma Dench and Frances Frei, a professor of business management and technology. The pair teamed up last semester to lead an experimental elective at Harvard Business School (HBS) called “All Roads Lead to Rome: Leadership Lessons from Antiquity” that used classic Roman and Greek writings to provoke deep discussions and reflections on what makes a successful leader.

“The Romans grappled so actively with a very central issue of leadership: How much is a leader for themselves—especially as a monarch—or how much are they for the people as a whole, or part of the people as a whole?” said Dench, the McLean Professor of Ancient and Modern History and of the Classics in the Faculty of Arts and Sciences (FAS). “This is because the central question throughout Roman history is, ‘What role does monarchy play?’” she said. The students “were very, very fascinated and found very, very relevant this idea, as a leader: ‘Is it just you on an island, or are you part of a community?’”

The students read selections of histories and satires by Plutarch, Cato, Julius Caesar, Marcus Aurelius, Seneca the Younger, Tacitus, and Lucian, among others, that delve into vital ideas about ambition, power, loyalty, success, and happiness, but also present the situational and organizational challenges facing imperial Rome. The class then considered, compared, and transposed these concepts to today’s notions about business strategies and leadership practices.

“The response initially was, ‘Hey, this has got nothing to do with us,’ and then people started to see, actually, that is something we do,” said Dench. “So I think being able to scrutinize things that we might all do in our lives and careers that we’re not particularly aware of through these quite outlandish examples has been astonishing for the students.”

A collision of the ancient and modern, the textual and the practical, the idea for the course came out of conversations the two had while participating in a pilot forum about leadership led by Provost Alan Garber back in 2013-2014, they say.

Dench had been thinking about power and how her work on the Roman Empire had helped her navigate large organizations and thought there might be more to this idea, while Frei was interested in encouraging more experimentation at HBS and in finding ways to expose M.B.A. students to some of the many female “rock star” professors working across the river.

The combination of classics and business is a reflection of One Harvard “taken in a really … fabulous way!” said Frei, the UPS Foundation Professor of Service Management and senior associate dean for faculty planning and recruiting at HBS. “I am now fully convinced that the classics should be part of the M.B.A. curriculum … and not just for our students, but for M.B.A. students around the world.”

Although there was an initial framework and syllabus, from the very first class, the 65 students had a strong hand in how the class unfolded from week to week, essentially “co-producing” it. The professors said they happily redesigned each subsequent class on the fly based on what happened, what worked, and what didn’t the previous week. That spontaneity and the uncertainty of where the discussion would lead and how it would affect both students and faculty were exhilarating, they said.

“It was very, very challenging for me, especially at first, but I’ve loved it,” said Dench, who had to adjust to the “pit”-style classrooms at HBS. “One of the phrases they use at HBS is ‘trust your students,’ and I love the ‘trust your students’ because it’s true. If you come up with fabulous questions, then usually they will respond,” she said. “It’s more of a matter of orchestrating.”

With no background in the classics, Frei said she knew the class would push her and many HBS students far beyond their comfort zones, but just how far was initially unclear.

“It surprised all of us … that it became deeply personal and deeply organizational and deeply cultural. We experienced it in ways that I found incredible. I’ve never experienced anything like that in the HBS classroom before,” said Frei. “I’m a pretty good teacher, and it’s by far the most thrilling thing I’ve ever done as a teacher.”

Related Article: What Makes a Leader? Clues From the Animal Kingdom

While other imperial societies also offer leadership ideas worth studying, Dench said the Roman Empire is special because it is so familiar and deeply embedded in American consciousness and essential to the history of Europe.

“One of the strategies that made Rome astonishingly successful is their ability to and will to incorporate people and ideas. Roman citizenship from quite early on was extended, first in fits and starts and eventually to the whole empire. They extended their citizenship to enemies, former enemies of state, to people who’d helped them. They were just incredibly good at co-opting people and ideas,” said Dench.

“They’re very good at brute force. I tend to say the Romans were every bit as … horrifically good as ISIS. So, they are a spectacular, horrible force as they expand the empire and make examples of traitors or people they don’t think are sufficiently friendly. But they also build loyalty, especially by selectively rewarding friends, and citizenship plays a role in that,” said Dench.

“That startled me. … [It] was so much easier to study the ancient texts than the modern context. So much easier… and the class got deeply personal. I think it was because of the ancient texts, and … the distance gave a level of safety for people to go there in a way I had never seen before.”

One module looked at Facebook COO Sheryl Sandberg ’91, M.B.A. ’95, and the unexpected death of her husband last year. “So, we used that as the modern context … and then we read some ancient texts on individual loss, the loss of wars, and the loss of empires, and it turned out to be pedagogically beautiful, really beautiful,” said Frei.

She plans to introduce the classics into the HBS executive education program and ultimately hopes her enthusiasm and experience with the Rome course will inspire colleagues to try teaching with other Harvard faculty in areas where they’re not necessarily expert.

“I don’t want to do the subset of things that we can do for a long time and that we can already do well. I want to try to create the conditions for failure to occur, which is super-scary for successful people,” said Frei. “And I want that process to happen more often.” 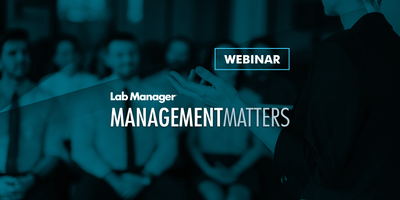 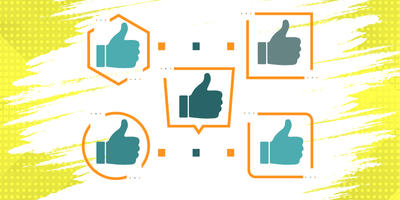