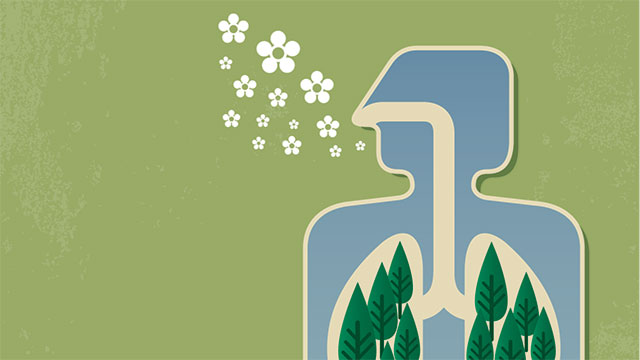 Lab research facilities are energy-intense building types due to the vast amounts of 100 percent outside air required. With today’s concerns over high energy expenses, reducing carbon footprints, and efforts to make facilities green and provide better indoor environments, reducing both new and existing lab and vivarium facility energy expenses has become a critical challenge. The primary reason behind many labs’ high energy expenses is the minimum ventilation or air change requirements that often dominate the amount of outside air required by these facilities. To date, very little objective data has been available on the environmental and energy savings impact of both reducing and varying air change rates. To address this gap, a major research study was conducted that generated a significant amount of objective data on the indoor environmental quality (IEQ) conditions of labs and vivariums that are using the dynamic control of air change rate. 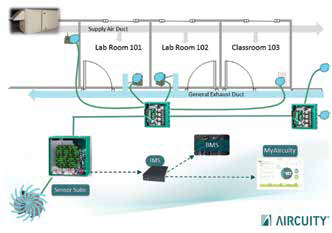 Figure 1. Multiplexed sensing architecture for demand-based control.In a large majority of labs (particularly life sciences labs) and vivariums, airflow is often dictated by the minimum air change rate (ACH) for the space, which might be six to 12 ACH in a lab room or 12 to 20 ACH in a vivarium. If the air in these rooms is “clean,” or free of any harmful or irritating contaminants, then a high air change rate is not needed, at least when the air is clean. One approach that has been shown to vary air change rates effectively and safely in labs and vivariums is to sense the quality of the air for such contaminants as volatile organic compounds (VOCs) and ammonia, plus some other chemical vapors and odors as well as particulates. When the room air is free of these contaminants, then the air change rates can possibly be reduced to four, or in some cases two, ACH in a lab, and four to six ACH in a vivarium.

The study is believed to be the largest one done of laboratory and vivarium IEQ conditions, covering over 1.5 million hours of lab operation from over 300 lab areas at 18 different facilities. In total, over 20 million sensor values were collected and analyzed, including data on total VOCs (TVOCs), particles of a size range of 0.3 to 2.5 microns, carbon dioxide, and dew point (absolute humidity). These sites consisted primarily of life sciences- and biology-related areas, as well as a smaller amount of chemistry and physical sciences lab areas. 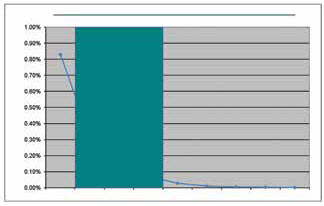 Figure 2. Average TVOC level percentages over threshold (1.5 million hours of lab operation).In order to accomplish this sensing of environmental conditions economically and reliably, multiplexed sensing was used in many labs and vivarium rooms within one facility. With this approach, one central set of sensors is used in a multiplexed fashion to sense many different rooms or areas. Every 40 to 50 seconds, a sample of air from a different area is routed through a common air sampling backbone consisting of a hollow structured cable to the centralized set of sensors, known as a sensor suite, for measurement. These sequential measurements are then “demultiplexed” for each sampled area to create distinct sensor signals used for traditional monitoring and control. Typically, 20 to 30 areas can be sampled with one set of sensors approximately every 15 minutes, depending on the requirements for those spaces. A variety of different types of sensors can be used to analyze the air samples for multiple air parameters. Figure 1 shows an example of the architecture of the multiplexed sensing system used to implement the study.

In addition to dramatically reducing the number of sensors needed to implement this concept by a factor of nearly 30, this multiplexed sensing concept can measure different contaminant or parameter levels much more accurately. Typically, for controlling the lab room space airflow and IEQ , it is best to look at the contaminant levels in the room differentially—subtracting the contaminants in the supply airflow from the exhaust or room levels. Any offset drift error of the sensor will be the same for both measurements, since the sensor is the same for both measurements and the offset drift error of each is cancelled out. 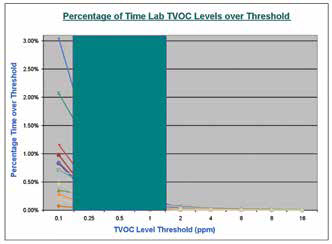 Figure 3. Average TVOC level percentages for multiple lab sites.Figure 2 shows a cumulative graph of the average TVOC levels over all the lab locations, representing about 1.5 million hours of operating data. It demonstrates that labs are typically “clean” of most chemical contaminants about 99.2 percent of the time! Based on this, energy can be saved by operating at reduced minimum air change rates the majority of the time with respect to the TVOC sensor. When looking at each site separately (Figure 3), even at the site with the greatest amount of TVOC activity, the dynamic control concept can still save energy about 97 percent of the time.

Another parameter that can cause an increase in the minimum air change rate is particles in the lab. This could be due to a reaction that goes out of control, or an acid spill that causes an evolution of smoke, or an aerosol in the lab room. Figure 3 shows a graph of the average level of 0.3- to 2.5-micron particle counts (PM2.5) that exceeded a background level of the lab room’s supply air for all the different sites of the study. 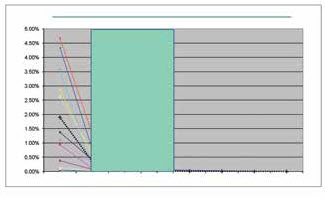 Figure 4. Percentage of time that small particle levels exceed threshold.The study showed that particle and TVOC events occur only a few hours a week and require high ventilation rates; however, much lower flow rates can be utilized with an automatic ACH rate control system for well over 97 percent of the time. With the current challenges many organizations are facing concerning reducing their carbon footprints and usage of energy, this research and the case study provide evidence of the significant contribution that the demand-based control of lab air change rates can make toward safely meeting these goals and creating measurably better environments.