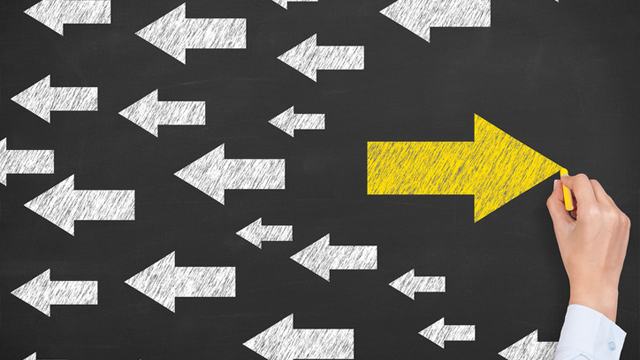 Gulp. Suppose the time has come to communicate a major change for your organization. Maybe it is a downsizing, a restructuring, or a switch to total quality management. The change is so important the future of the company depends on it.

Employees are mustered to the cafeteria where the CEO makes an impassioned speech worthy of a field marshal. Following the call to arms, the communications campaign launches an offensive on several fronts. All locations are bombarded with videos. Special editions of the employee newsletter sound the battle cry. Platoons of senior executives fan out to deliver the message on a more personalized basis to the troops.

But the war is already lost. Why? Because this approach is wrong, wrong, wrong. Not only will it fall flat, it is positively harmful.

Ask employees what information source they prefer. According to a study by the International Association of Business Communications, nine out of 10 employees said they want to hear it directly from their supervisor. The mistake that dooms most campaigns seeking to win support for new business goals is the failure to let supervisors explain the change to front-line employees.

To achieve optimal results, campaigns to communicate potentially unpopular changes to employees should be viewed as an applied science. Unfortunately, this does not happen at most large companies. Case studies, surveys, and research clearly show that the best practices for a major change are to communicate directly to supervisors and to use face-to-face communication, which includes storytelling.

These CEOs naturally want to talk directly to the front-line employees, usually supported by the advice of senior human resources executives and consultants. Unfortunately, it is a mistake that is wrong for two reasons.

First, it can be viewed as a mere symbolic move, and today’s disillusioned worker has little love for the empty gesture. Second, and more damaging, these campaigns can weaken the relationship between front-line workers and supervisors. Workers want to work for someone who is connected and has a degree of power within the organization. They want to know their supervisor has some pull, and is not viewed as powerless.

Mistake 2—Other well-intentioned senior executives push for equality in the workplace.

They believe supervisors should sit shoulder-to-shoulder with front-line employees to hear the big news.

Again, a mistaken strategy because it is evidence of senior management’s failure to recognize the supervisor’s superior status. This reduces the supervisor’s perceived power and weakens his or her effectiveness as a force of change. What many senior executives fail to realize is that the only communications with the power to change behavior is the kind between a supervisor and a direct report.

Mistake 3—Applying the strategy that more must be better, executives in charge of change campaigns use ink by the barrel.

They think the solution is more employee reports, posters, news bulletins, video scripts, team briefing outlines, brochures, and guidebooks. This too is the wrong approach, because the critical communication is the type that happens face-to-face between a supervisor and front-line employees.

Energy and resources should be directed toward producing supervisor briefing cards which will arm them to answer the key questions that are in the minds of their staff.

Mistake 4—Not giving supervisors a persuasive story to tell can be a tactical error.

Storytelling helps persuade on an emotional level. Stories are the building blocks of company culture.

If there is already a true story to tell about how the change will benefit the company, so much the better. If not, at least give supervisors a narrative to tell about how success can be achieved in the future. Every story starts with the name of a character who wants something. Make your main character likable or the victim of undeserved misfortune so the listeners will root for them. To make them likable, describe some of their good qualities or attributes.

Heroes need help on their journey. They need to work with a wise person. This is where your organization comes in. Be the voice of wisdom and experience. The hero does not succeed alone; they succeed because of the help you provided.

Finally, give the listeners the moral of the story. Take a cue from Aesop, the man who gave us fables like The Tortoise and the Hare (the moral: slow and steady wins the race). Don’t count on the listeners to get the message. The storyteller’s final job is to tell them what the story means.

The Bottom Line on Communicating Change

While other forms of communications should not be abolished, the emphasis should be on making supervisors privileged receivers of information. The strategy is to empower the supervisors.

When the future of the firm is on the line, ultimately it’s the CEO’s job to make sure change is communicated the best way possible. After the employees get the skinny from the supervisors, then the CEO can talk to all to reinforce the message.

The wise CEOs will use their supervisors, and properly arm them, to ensure success.

Henry DeVries, CEO of Indie Books International, works with consultants to attract high-paying clients by marketing with a book and speech. As a professional speaker, he teaches sales and business development professionals how to build an inventory of persuasive stories. He is the author of “Marketing with a Book” and “Persuade with a Story!” For more information, visit www.indiebooksintl.com

How to Manage Pandemic-Related Changes to the Workplace

How to Manage Pandemic-Related Changes to the Workplace