Equally problematic has been the increased congressional scrutiny of grants, says Andrew Rosenberg, director, Center for Science and Democracy, Union of Concerned Scientists. He says that instead of scientists making determinations about promising lines of research, “members of Congress and their staff are reading the titles of research projects” and making decisions about their relevance.

“Had Congress identified a targeted solution, blunt, across-the-board cuts could have been avoided,” says Prof. Joe Heppert, associate vice chancellor for research and graduate studies, University of Kansas. He says the sequestration undercut any opportunity to think broadly and creatively about solutions for maintaining scientific competitiveness.

Pointing to a likely cause of this blunt approach, Heppert says, “Most of our congressional delegation understand the role of science and technology and their vital place in future development.” But, he adds, the challenge lies in working across the aisle in Congress to achieve consensus on research funding.

Nondefense discretionary funds, which support agencies such as the National Institutes of Health (NIH) and the National Science Foundation (NSF), are at their lowest as a percentage of gross domestic product (GDP) in 60 years—that is, since the Eisenhower administration— according to Benjamin Corb, director of public affairs of the American Society for Biochemistry and Molecular Biology (ASBMB).

Corb says that in grappling with the national debt and budget deficit, Congress chose to cut only spending, and except for across-the-board cuts in 2013, only in nondefense, discretionary areas. Even complete defunding of entities such as the Department of Education, the Food and Drug Administration (FDA), the NIH, and the NSF won’t significantly change the debt and deficit equation, according to Corb. But the sequester-driven cuts had “a supreme impact on our ability to conduct science and [are] really hurting our research,” he says.

ASBMB estimates the annual pre-sequester attrition rate at about 50 to 100 biomedical scientists—with an inflow of about 25 to 50 new entrants. In 2013, the first sequester year, about 1,000 scientists didn’t receive NIH funding.

On average, every NIH grant supports seven jobs, and the economic return is $2 for every $1 the NIH invests in research. Today’s technological advancements and treatments are the fruits of investments made 10 to 15 years ago, explains Corb, suggesting a grim picture for the next decade or two if the cuts persist.

Corb acknowledges the importance of improving efficiencies, stretching research dollars, and exploring other funding sources. “There are alternative areas of funding, but the government is the foundational investor in research. It is that way for a reason; industry does not invest in basic research.”

Daniel Raben, professor of biological chemistry at Johns Hopkins University School of Medicine, says that private-sector funding in not a viable alternative. “They insist on the sure bet versus innovative research, and when it doesn’t look like it will turn into something, they pull out.” In any case, private institutions and foundations support only a small fraction of researchers and certainly couldn’t support everyone, says Raben.

He doesn’t see any viable alternative to the government, and further adds that “government investment here is not a dumb idea because of returns such as improvements to health, new products, and the generation of new markets.”

To be sure, the challenges predate the past few years. “For biomedical research, it has really been a decade of minimal growth in spending and investments.” As a result, scientists have been trying to grow and do more with less money, Corb says, adding, “With the additional cuts, however, they can only do less with less.”

Karl Matlin, professor, Department of Surgery, University of Chicago, who closed his lab recently, says that funding difficulties were a major consideration but is hesitant to link them directly to sequestration. “While that was the straw that almost broke the camel’s back, funding had been difficult for several years. To put the emphasis on sequestration is to some extent missing the larger point—the real decline in funding for biomedical research in the US is having serious systemic effects.”

Because of the cutbacks, Raben placed some of his projects on hold and discontinued others that became too expensive. Still, he feels fortunate relative to researchers who closed labs or changed jobs because of diminishing funding. While his lab had to let one technician go, all graduate students were funded to completion. “It’s been tough; everyone found jobs but [they were] not always what they wanted.”

Raben says there is a definite brain drain now, noting the relocation of a scientist from his organization to England, while others moved to China and Singapore, among other countries, for better opportunities. “We have to recognize that if the funding problem remains the way it is now, the major advances in biomedical research will not happen in the US because we are not supporting them.”

“Last summer, ASBMB surveyed scientists from 15 different professional societies and found that one in five was considering leaving the country for better funding opportunities and employment,” says Corb. ASBMB has not followed up on this study yet, but Corb believes the basic finding still holds.

Rosenberg sees the brain drain a bit differently and says that might not be the most apt description. He acknowledges that researchers may be departing, but foreigners still want to come to the US to pursue training and research, although probably in lower numbers now.

“It might be a brain drain in the sense that many talented people are choosing not to pursue a research career,” he says, citing funding challenges, greater scrutiny from universities, high university costs, and reduced support at the state level, among other hurdles.

The recent cuts have hurt morale among established researchers, says Raben. Heppert concurs. “I believe that satisfaction has been eroding among research faculty over the past 20 years—and the sequestration is definitely an additional blow to morale.”

Noting that the percentage of grant renewals is dropping because of the cuts, Raben says, “Many new, younger faculty members will be devastated if they are unable to get a second grant, even if they manage to get a first.”

Corb concurs. “Scientists would rather do science than fill out grant applications, which they have to do increasingly now because funds are scarce. Younger people are looking at the struggles their principal investigators have for funding and are walking away from that kind of future.”

To illustrate the challenges with grant applications, Heppert says, “We are submitting a greater number of proposals—as is everyone else. Faculty is also increasing the total dollar value proposed in each grant. From monitoring the results this year, there was a decrease in the total number of projects funded and a decrease in the dollar amount for each proposal.”

On average, investigators today get their first grant at age 45 years, versus about age 30 years in the past. “If we hire investigators, we have to provide them with about $1 million because they are not able to get funding for several years,” says Matlin. By most accounts, researchers would like to see a sustainable model with provisions for increasing, not just maintaining, funding levels. “If the NIH budget stays flat, it is as good as going downhill,” says Corb.

“This year there was a modicum of relief,” Corb says, citing delays in stipulated funding cuts—the 5 percent NIH reduction in 2013 did not recur in 2014. Still, he says, “There hasn’t been any growth—because of the cost of doing business and inflation, no cut and no growth still come out to a net loss.”

Raben sees “boom and bust” support such as the Recovery Act, which he calls a “bolus of money that goes away after a few years,” as untenable. “We have to get on a track where we have a sustainable increase that keeps up with costs and inflation—if it stays flat, it is an overall negative slope.”

Matlin explains that a major portion of academic research grants pays salaries and other personnel costs. Cuts and lost funding, therefore, mean not only project discontinuations but also lost jobs and institutions having to support faculty at an unprecedented rate. No institution has sufficient resources to pay all the investigators it employs, according to Matlin.

“In this institution, for example, for every $100,000 an investigator gets, the institution gets $53,000 as overhead. Over the years, institutions have leveraged this money to build the scientific research enterprise—with growth predicated on the number of grants. If the enterprise growth stops, the system begins to collapse. We are seeing that here and among our peers.”

Rosenberg says that rather than base science funding on annual appropriations, a trust fund approach could be implemented. “We can agree at the outset on the nation’s budget allocation for science, innovation, and exploration and gain some independence,” he says.

Matlin says he has seen ups and downs in funding over the years, but now “we see no end in the current decline.” He too believes that the US will lose its lead in the biomedical field if this trend persists. “You will have concentrations of high-level research in a few institutions, but in general there will be a significant decline—and nothing is happening to change the tide on this.”

“One of the really troubling aspects of this is that a lot of the people in Congress don’t understand that the health of the scientific endeavor depends on funding from the NIH. They think that funding comes from universities and outside sources, and it doesn’t,” says Raben.

Corb says the future is hard to figure out now. “We have sequestration relief for the next fiscal year as part of the Ryan-Murray budget agreement from last year. So there seems to be little interest now in discussing sequestration and the impact of the cuts from Capitol Hill. “We can change this—if we make our case loud enough and hold our elected officials accountable for their decisions.”

Rosenberg believes that scientists need to be involved in the public debate. “Scientists should be talking not only to other scientists but also to the wider community—saying this is what I do and why I do it,” he says. Noting the attacks on and resulting demoralization of government scientists and researchers in fields such as climate and the environmental sciences, Rosenberg says, “The use of science as a political football will hurt us all, and the general public needs to be aware of this and start saying it too.”

“Over the next four or five years, scientists need to be better communicators about what we do and our role in the formation of the modern economy and in providing opportunities for future generations,” says Heppert. 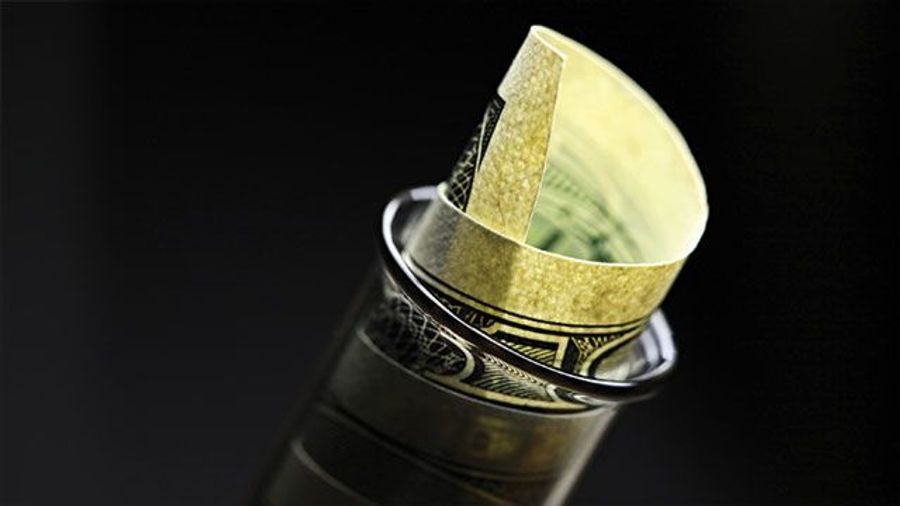 As Federal Research Funds Recede, the Private Sector is Filling the Gap

As Federal Research Funds Recede, the Private Sector is Filling the Gap 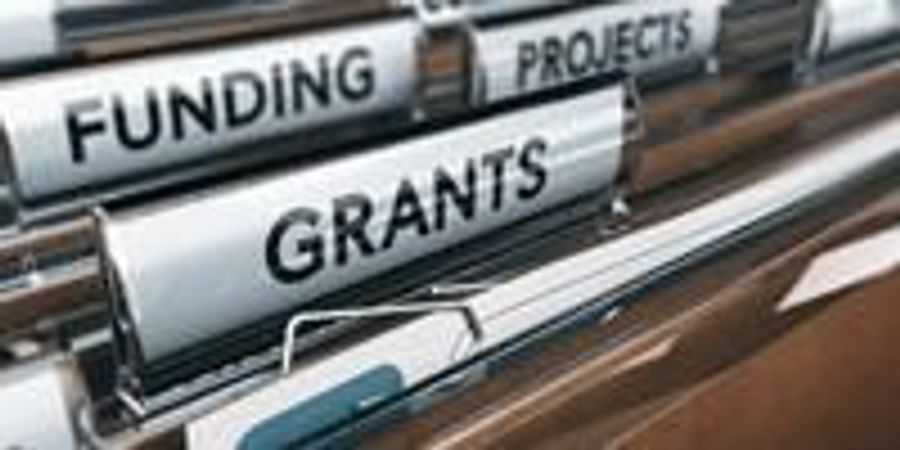 Reviewers of NIH Grants Cannot Distinguish the Good from the Great, Study Suggests

Reviewers of NIH Grants Cannot Distinguish the Good from the Great, Study Suggests 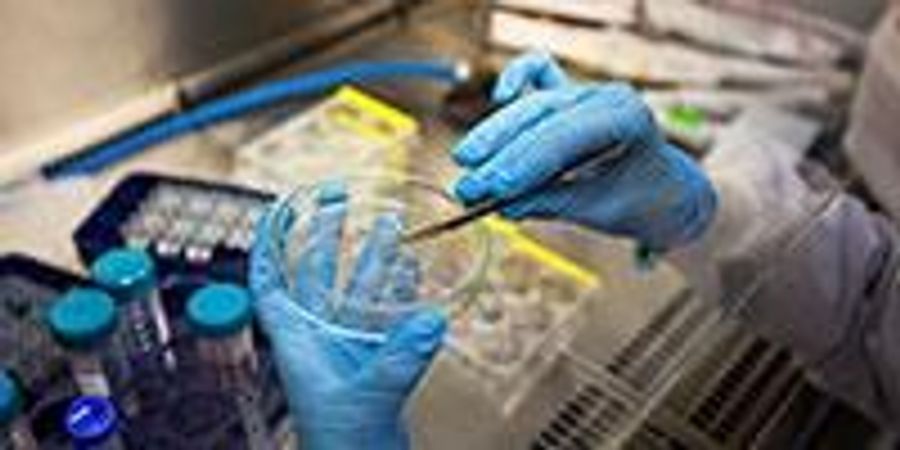 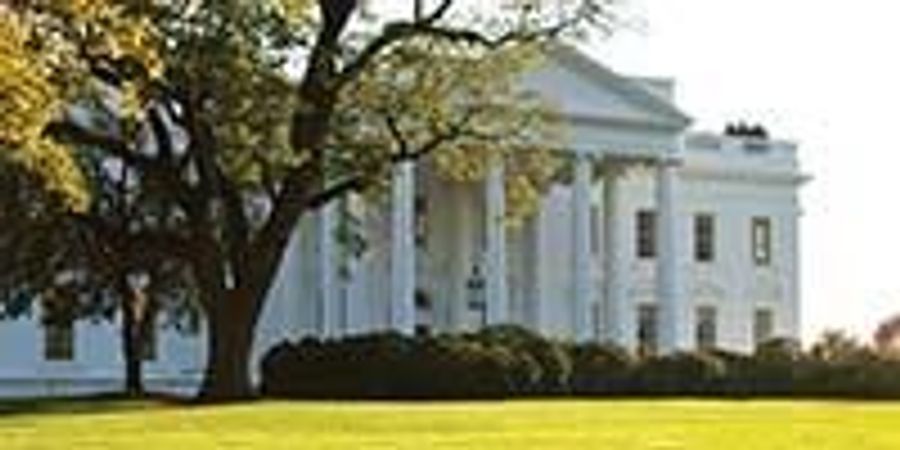