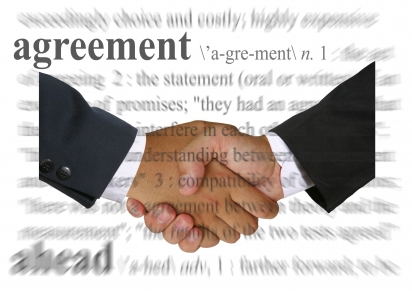 When negotiating your next pay raise, haggling at the flea market or selling a used car, attention should be paid to the choice of words. Because the findings of a recent study by Leuphana University of Lüneburg and Saarland University revealed that proper wording can translate into hard cash. Thus, even slight linguistic nuances may significantly affect the outcome of negotiations - an effect which can also benefit non-professional negotiators. The paper will be published shortly in the Journal of Personality and Social Psychology (DOI: 10.1037 / pspi0000009).

Imagine you want to sell your old car. A visitor has just closely examined the vehicle and is quite interested. However, one point is still open: the price. How do you go about negotiating? Do you just say: "I would like 9,000 Euros for the car "? Or better: "I give you the car for 9,000 Euros"?

These two sentences carry identical content. Even their verbal expressions differ only very little. The second one is, nevertheless, the version to opt for. Because this is how your set of wheels could possibly make more cash. This is the conclusion which the psychologist Professor Dr. Roman Trötschel (Leuphana University of Lüneburg) and Dr. David Loschelder (Saarland University) reached in a recent study.

"Saying: 'I'll give you my car for 9,000 Euros', draws the attention of your opponent on your car - which is what they can gain" Roman Trötschel explains. "If you do otherwise, you will emphasize the resource they would lose in case a deal is struck, namely the money he needs to shell out for the car. We were able to demonstrate that the party, whose loss is emphasized in the negotiation, is less willing to make concessions".

The researchers investigated this effect in eight studies, involving a total of 650 subjects. The result was always the same: If a negotiating party managed to use wording, which brings the resource on offer to the foreground, they achieved better results. This does not only apply to sellers. The prospective buyer could also formulate his offer correspondingly; for example, "I'll give you 9,000 Euros for your car". By this choice of words, the seller would be more ready to make concessions than by "I would take the car for 9,000 Euros".

This principle applies even if what is at stake is not money. When haggling about Fantasy collectible cards, elementary school students performed better when they brought the attention of their classmates to the new cards they would obtain and away from those they were handing over. "It was already enough for them to mention their own cards first, saying words like: 'My Obi Wan against your Yoda', instead of 'Your Yoda for my Obi Wan' ", Trötschel said.

In sales negotiations, it can be difficult to keep one's eyes on the offer. If, as in the car-sale example at the beginning, you want to make concessions to the person interested in buying, the easiest way is by talking about the age-old question of money. If you're not careful, you end up speaking about the price which the potential buyer has to pay" says Trötschel. "As a consequence, the customer psychologically experiences the negotiation as a loss".

His recommendation to sellers is not to lower the price immediately, but add something to the offer. "Offer to fill up the car. Throw in the winter tires, as well as a bottle of special cleaning fluid for the paintwork. Emphasize what your vis-à-vis will gain - not the money that they would lose if you reached an agreement".

Trötschel's advice is that one should behave, in principle, exactly like the trader at the Hamburg Fish Market: "After year-long negotiation experience, he intuitively knows what is right: 'I give you the salmon, and a herring free of charge, and this scrumptious plaice on top. And all of this for only 20 Euros' ".