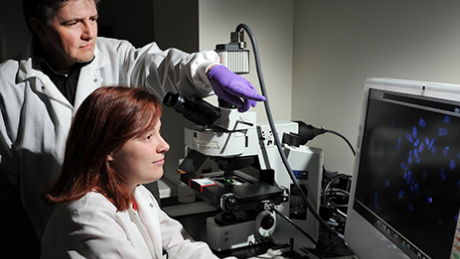 Photo courtesy of North Carolina State UniversityNewswise — New findings from an international team of researchers suggest business leaders who oversee teams need to find a middle ground in how they treat team members–or risk hurting team performance. Specifically, the researchers found that treating some team members much better than others can adversely affect performance–as can treating all team members the same way.

“Existing research has generally shown that leaders treating team members differently, depending on factors such as how competent they believe each member is, can result in productive teams,” says Bradley Kirkman, co-author of a paper on the work, General Hugh Shelton Distinguished Professor of Leadership and head of the Department of Management, Innovation and Entrepreneurship in North Carolina State University’s Poole College of Management. “In fact, previous research points to a linear relationship between treating team members differently and team performance. But we didn’t find that to be true.

Related article: Webinar: The Art of Collaboration and Teamwork in the Lab

“Instead, we found that leaders can go too far. If a leader treats team members too differently from each other, performance suffers,” Kirkman says. “The relationship between ‘differentiation’ and team performance is more of a bell curve than a straight line.”

For the study, the researchers evaluated differential treatment by team leaders of 145 teams in three Chinese companies: a pharmaceutical company, a telecommunications company and a manufacturing company. Team performance was assessed via a survey of the team leaders, focusing on issues such as the quality and efficiency of each team’s work and the team’s ability to meet deadlines and stay on budget.

The differential treatment was measured using the “LMX7” scale, which assesses the relationship quality between team leaders and team members. The focus of the LMX7 scale is on issues such as working relationships, rather than tangible rewards such as salaries.

“We found an upper limit to how far leaders should go in treating their team members differently,” Kirkman says. “If leaders go too far with this behavior, leaders will end up with teams composed of basically two subgroups – the ingroup and the outgroup. And we know that the outgroup will not be happy about this and will start to slack off, withdraw from participating, and even go so far as to be disruptive to the ingroup team members. But treating all team members the same also hurts performance. Leaders need to find a middle ground, or moderate level of differentiation.

“In practice, leaders should not treat all members the same – there needs to be some differentiation based on competence and ability–but they also need to avoid engaging in extreme preferential treatment,” Kirkman says.

The researchers also found two factors that influenced how much differential treatment a team could withstand before adversely affecting performance. First, larger teams–such as those with ten or more members–could withstand more differentiation.

“This is because larger teams have greater needs for coordination and integration and putting more resources towards more capable members actually helps these processes get accomplished,” Kirkman says.

The paper, “Understanding the Curvilinear Relationships between LMX Differentiation and Team Coordination and Performance,” is published online in the journal Personnel Psychology. Lead author of the paper is Yang Sui, of the University of Science and Technology. The paper was co-authored by Kirkman, Hui Wang of Peking University and Ning Li of the University of Iowa. The research was supported by the National Natural Science Foundation of China.