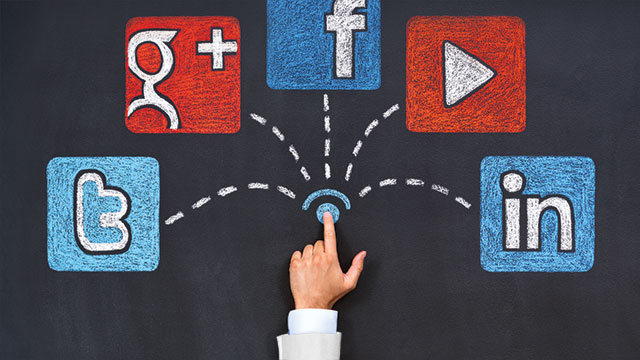 Scientists beating the drum for social media would seem to have no better friend than the American Association for the Advancement of Science (AAAS). By most accounts, a majority of scientists remain skeptical about the value of using social media platforms to communicate aspects of their research. But AAAS, which bills itself as “the world’s largest general scientific society,” has emerged as social media’s establishment champion, lending its considerable weight to the proposition that the consummate connectivity of nascent social technologies must be served.

At a time when the global scientific community wrestles with the greater question of whether social media can properly serve research, it’s a tough sell. Scientists customarily don’t sign on to socialize; until several years ago, up-and-comers were weaned on the deficit model of communication—dumb it down for an uninformed public laid low by a pervasive knowledge deficit.

Good science is still recovering from a public relations crisis that gave social media the crack in the door it needed. A series of ethical lapses, prevarications, and other missteps—“a brazen culture of lawlessness,” opined The Wall Street Journal—had taken science to the mat. To repair the profession’s reputation, scientists were advised to commence campaigns of outreach and dialogue with different publics—to go forth and engage. Social media has since encroached on a range of scientific processes, changing the way some researchers, particularly younger ones, go about their business.

AAAS “is big on wanting to communicate science, to keep the public interested,” says Monica Bradford, executive editor of the association’s journal Science. AAAS maintains a team of about 40 staff on a mission to drive traffic to articles in its publications via multiple social media channels, and is a presence at scientific seminars and presentations promoting social engagement.

In the absence of empirical data, the working assumption was that scientists’ usage was asymmetrical, with a core group of activists accounting for the lion’s share of social media activity. As in any public space, people may interact by proximity or gaze, and not necessarily directly.

In 2014, a Pew Research poll of more than 3,700 AAAS members produced the first comprehensive survey of social media use. Observers cautioned against thinking the data “represents science. I think [AAAS members] represent people interested in science,” says Dominique Brossard of the University of Wisconsin-Madison, who coauthored that school’s 2014 social media study. AAAS, says Brossard, is top-heavy with old, white males.

Andy Miah begins his pitch to the unconverted. “What do the pope, the queen, and the CIA have in common? They all have Twitter accounts. How about you?”

A bioethicist and chair in science communication and digital media at England’s University of Salford, Miah is ready for questions like, “What can social media do for me?” For starters, he replies, try aggregation, presentation, mapping, authoring, sharing, organizing, tracking, collaboration, researching, publishing, administrating, and managing workflow.

Then there’s Twitter, the networking platform that confines messages to 140 characters. Consider the social media trajectory of science star Carolyn Bertozzi. The 49-year-old chemist, Stanford University professor, and MacArthur Fellow began editing an American Chemical Society journal in 2014. At the urging of coworkers, she tried using Twitter to promote the journal. But she was not enthused. As with other social media platforms, she felt Twitter dealt in “mostly stupid minutiae.”

She became a believer after discovering Twitter’s wealth of feeds from universities and other chemists. Now Bertozzi shares aspects of her life and research with 2,000 followers, and is known to “air all the petty humiliations of life” on Twitter, like her ten biggest travel blunders.

Bertozzi believes that younger scientists, especially women, need to see that being successful doesn’t mean you’re infallible. Described as a masterful communicator, she credits storytelling as a means of creating an emotional connection with her audience.

Then there’s the little matter of citations. A University of Wisconsin-Madison study published in Journalism & Mass Communications Quarterly found the “first comprehensive empirical evidence” linking the so-called h-index—a measure of the quality of a scientist’s work and influence—with social media activity. Scientists who couple media outreach with tweeting about their research are rewarded with a “more pronounced spike in reputation,” including citations.

But social media isn’t for everyone. Just ask David Roy Smith, a biologist from the University of Western Ontario:

“My new publications are marked by a series of self-promotional chores: update my departmental and personal websites; add the paper to my ResearchGate, Google Scholar, ImpactStory, ORCID, ResearcherID, and Loop profiles; send out flashy tweets as well as Facebook and blog posts highlighting the article; search for and collect media coverage about the publication; and then retweet, reblog, and repost. What’s worse, I repeat these same tedious tasks for everything from invited seminars to conference presentations and teaching assignments.

“I feel I’m not even using these online resources effectively. I cannot name a single collaboration that resulted from my incessant social media postings.” He attributes his new projects to “old-fashioned face-to-face communication . . . and traditional peer-reviewed pubs.”

As with good public speaking, “effective social media requires users to connect and interact with their audience. . . . This means less self-promotion and more contributions to online discussion, like constructive feedback and blogging about broader issues, not just my own work.”

Check your intentions before jumping right into the fray, advise experienced social media scientists. If you don’t have good reason to actively participate, or have reservations about public engagement, stay on the sidelines and read others’ posts and content, what social media consultant Tim McCormick calls “listening.” Instead of being active on multiple platforms, try sticking to one.

Many science communicators aspire to reach a wider audience, but to what end? What happens after you push the send button? Who notices, reads, shares, chats it up, likes, or dislikes it? The growing altmetrics movement provides measures of readership impact, data that is also of considerable interest to funders.

A new model of research dissemination

The era when good science spoke for itself is so yesterday. As funding diminishes and competition for research dollars intensifies, more in the research community are turning to self-promotion as a matter of self-preservation. The solid-gold imprimatur of established journals like Nature, Cell, and Science is being tested by a new model of disseminating research through social media.

But the perceived need for visibility that media interest provides sometimes turns on scientists, threatening the reputation of the entire profession. “Beyond Publish or Perish, Scientific Papers Look to Make a Splash,” a front-page headline in the July 1, 2015, issue of The New York Times, wasn’t the kind of media attention the scientific establishment had ever sought.

Researchers and funders who formerly floated high above the allure of popular media now court it, according to the report. Academics “may be subtly skewing their research” to render it more compelling. Authors can be encouraged “to inflate the significance of their work” to entice journals to publish their papers. Funders want buzz for their bucks. “We’re not just going to generate results read by ten people. It’s actually going to be talked about.” (In extremis, this need to be noticed extends to “guerilla scientists” who take to the streets to recruit an audience for their findings.)

Traditional media channels pull stories from established sources—70 percent of the stories covered by Los Angeles Times science reporter Amina Khan arrive on her desk from universities, research institutes, and journals. But many reporters have difficulty distinguishing good research from shoddy research. As more scientists intent on building their online brands push findings through social media channels without peer review, flawed research is dressed up and ushered into print, where it may masquerade as the real deal.

The undue influence of certain social media stars is another vexing development. Most scientists are passive users, content to peruse online content posted by others. As any political scientist knows, the strongest ideologues are the most engaged—stirring the drink, creating content, attracting likes and followers, perhaps emerging as opinion leaders. But what do they know about science?

Observers point to other troubling issues. "Operant conditioning—whereby people learn to repeat rewarded behaviors—predicts that social media users will gravitate toward like-minded others, creating an echo chamber effect that strengthens existing thinking instead of challenging it.

Calls for greater civility struggle to rise above the din of the digital jungle as ridicule and ad hominem attacks become commonplace. Negative interactions get good play, at least according to a 2010 analysis of nearly 2.5 million posts from some 18,000 users of online BBC discussion forums. The longest discussion posts on BBC forums were found to be generally negative, and the most active participants often the most negative.

Twitter’s late 2016 announcement that it was shopping around for a new owner after analysts downgraded company stock was attributed to a digital excess of free-floating bile in some quarters. Bidders “have to wonder whether the cap on Twitter’s growth is tied more to that most basic—and base—of human emotions: hatred,” remarked a September 3 New York Times piece. “It might just be a human nature problem,” mused one Twitter provocateur. “Maybe we just don’t like each other all that much—and that’s what Twitter has revealed.”

Is social media the machinery of a knowledge revolution and discovery, or a corrosive, coarsening interloper? Can good science and social media coexist? Stay tuned.