In 2002, when Lawrence Berkeley National Laboratory (LBNL) in Berkeley, California, decided to build the Molecular Foundry laboratory, they employed the help of Steve Greenberg, an in-house energy management engineer.

His role was to review designs, go through punch lists, look over construction quality control and perform submittal reviews, among other duties. This was no easy task, as LBNL had set specific sustainable design goals for design and construction of the new lab. Among these goals were achieving a U.S. Green Buildings Council (USGBC) Leadership in Energy and Environmental Design (LEED) Silver rating, minimizing energy use and rightsizing.

“It was our first time going through the LEED certification process, and we learned a lot along the way,” he says.

Sustainable design labs are especially important because laboratories are inherently high-energy users. They use anywhere from three to ten times more energy per square foot than an office building does—making labs less environmentally friendly and more costly to operate than other buildings.

The Molecular Foundry at the Lawrence Berkeley National Lab is a Department of Energy User Facility charged with providing support to nanoscience researchers in academic, government and industrial laboratories around the world. The Foundry provides users with instruments, techniques and collaborators to enhance their studies of the synthesis, characterization and theory of nanoscale materials. Photo courtesy of Lawrence Berkeley National Laboratory.

“The interesting fact is that often there are really good efficiency opportunities in laboratories,” Mathew says. “They’ve been somewhat overlooked because the energy-efficiency community wanted to focus on the big parts of the pie, such as office and retail buildings and schools—there are hundreds and hundreds of thousands of those kinds of buildings.”

Additionally, because of the health and safety requirements that are inherent to labs, many saw labs as difficult sustainability projects to tackle. And when efforts were made to design greener labs, the focus often fell on easier and noncontroversial items, such as lighting—which tend to be a small portion of the problem in terms of energy efficiency in laboratories.

“What you want to focus on are the big things like ventilation, and of course that could be more involved,” Mathew says. “You [have] to make sure that any changes you make aren’t going to compromise health and safety. It is obviously a little more complicated, but there are very well-tested, proven solutions to reduce energy use for labs.”

Labs are almost like big wind tunnels and have very high ventilation requirements. A typical office building might require only one air change per hour. A lab, however, could need anywhere from six to 15 air changes per hour, and when the air is brought in, it needs to be heated or cooled, moved throughout the space and then thrown right out.

In contrast, in an office building or a school or other types of public facilities, one can recirculate the air while adding a slight bit of fresh air with each cycle.

Ventilation, therefore, offers the biggest opportunity to those who want to make their labs greener.

“The first step is to reduce the ventilation to the lowest safe level possible for both occupied and unoccupied spaces,” says Otto Van Geet, principal engineer, National Renewable Energy Laboratory. “The second would be to have a variable air volume system so that you can adjust the ventilation rate. This is required by code for most labs now. That goes hand in hand with the first item—you reduce ventilation levels when it’s unoccupied or if the [fume hood] sash is closed.”

Greenberg, the engineer of record and the architect all worked together to ensure that they incorporated variable air volume system designs for the Molecular Foundry lab.

Next, the air needs to move as efficiently as possible in order to minimize fan energy use. Typically, this is achieved with larger ductwork and air handlers. And last, designers also take into account the climate in which the lab is located, as there may be opportunities to save energy based on specific locales.

“In most climate types, consider energy recovery,” Van Geet says. “For example, I’m in Denver, Colorado. When it’s cold here we exhaust 70-degree air from the labs. You can take some of that energy and capture it and re-use it to precondition the outside air.”

“Last, have the thermal conditions as broad as possible. Don’t try to control things in too tight a temperature or humidity, because that involves excess energy also,” Van Geet adds.

Plug loads are another major source of energy use in labs. In offices, computers, printers and the like use up about one watt per square foot. This number keeps dropping as companies make the switch to laptops and more energy-efficient monitors. In contrast, laboratories have much higher plug loads.

In addition, any heat that results from the energy use of the equipment needs to be cooled, which in turn requires additional energy. Also, because of lab schedules, equipment can run round the clock—so although the lights could be shut off at night in a lab, the air handling and cooling systems typically need to be on most of the time due to ventilation requirements for safety.

“Obviously you want to pick the most efficient equipment possible that meets your needs,” Van Geet says. “So if you can get a more efficient biological safety cabinet that uses less energy than other biological safety cabinets, that’s important, and obviously you’d do this for all the instrumentation. So minimizing plug loads where possible is important.”

“It’s sort of like the early days when Energy Star changed how a lot of things are built; people are starting to pay attention to that, so it’s getting better, but it’s got room for improvement,” adds Van Geet.

The design team of the Molecular Foundry lab consulted the Labs21 Environmental Performance Criteria as well as the steps for achieving LEED Silver status for new construction.

“There are a number of useful procedures that one goes through that help make the design better, and I would say the number one thing there was the rightsizing process,” Greenberg says.

Overestimating loads means that a designer will oversize the cooling systems, fan systems, electrical systems and much more.

To avoid oversizing, Greenberg and other team members looked at comparable laboratories, measured the actual equipment loads at those labs and used those as a basis to determine appropriate loads at the Molecular Foundry lab.

“Less oversizing not only reduced the initial cost, but it also reduces operating cost,” Greenberg says.

“In some cases, plants are so oversized that they can’t really run effectively at all. So going through the rightsizing process can pay multiple dividends, and we saved something like $3 million on that building’s first cost by downsizing the mechanical and electrical systems to something more likely than some fantastically high number.”

Commissioning, or the process of ensuring that the building actually performs to design and operates the way it is intended to, is another important design aspect of a green laboratory. Putting aside 0.5 percent of the construction cost for commissioning can reduce yearly operating costs.

“Commissioning is about all that. But more important, it’s about how a building operates under the full range of conditions when you’re operating far from the design point in terms of weather and internal loads.”

There’s a whole set of procedures that one needs to go through to check all that, and it’s important to do that not only initially. Because buildings don’t stay working properly all by themselves, there also needs to be some followup to ensure that they continue to do so, he explains.

“Certainly for lab buildings, focusing on an efficient design makes a huge difference and results in a much smaller [environmental] footprint,” Greenberg says. “On the cosmic scale of buildings, the amount of lab space out there compared to total space is not huge, but they do consume a disproportionate share of energy, so it’s well worth focusing on it.”

By reducing the energy required to run any facility, one can reduce the environmental impact related to carbon, sulfur and nitrogen emissions, Van Geet adds.

Once a lab has gone through a checklist tackling the major energy draws in the design, there are other measures that could prove useful in increasing energy efficiency. Extensive daylight throughout a lab could save some energy that’s typically associated with lighting and cooling. Green chemistry, or chemicals and processes that reduce the use or generation of hazardous substances, could also prove beneficial.

“Another nice trend is that some experiments are being done a little bit more in the simulation environment— on the computers—and a little bit less on the benchtop and in the fume hoods, where there’s more environmental impact. That’s just an emerging trend, but it certainly reduces chemical use and the environmental footprint associated with it,” says Van Geet.

“Once you’ve minimized the energy use to the lowest level possible, have the buildings be solar-ready; what that means is maximize the unshaded roof area for installing photovoltaics,” he adds.

Mathew agrees. “It’s kind of a no-brainer from that aspect. On large university campuses, laboratories may only be 20 percent or less of the floor space, but they can be [responsible for] 40 to 50 percent of your total energy bill. If you want to control your energy costs, you’ve got to employ energy-efficiency [strategies].

Moving forward, it’s important to invest not just in technology but also in education and awareness.

“The big challenge in the energy efficiency in buildings is getting over the perceptions of risk and getting more people to implement efficiency,” Mathew says. “People are scared about lawsuits.

“What’s changed in the last few years … is that the more people begin to use commercially available but underutilized technologies, the more you can bring those stories out, publish case studies, show good user experiences [and] then you begin to get that snowball effect where something that was a niche application then becomes more mainstream.” 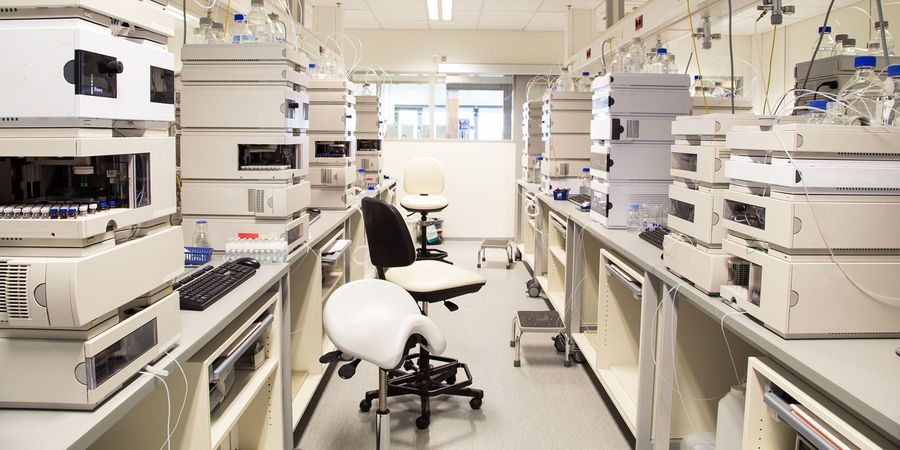 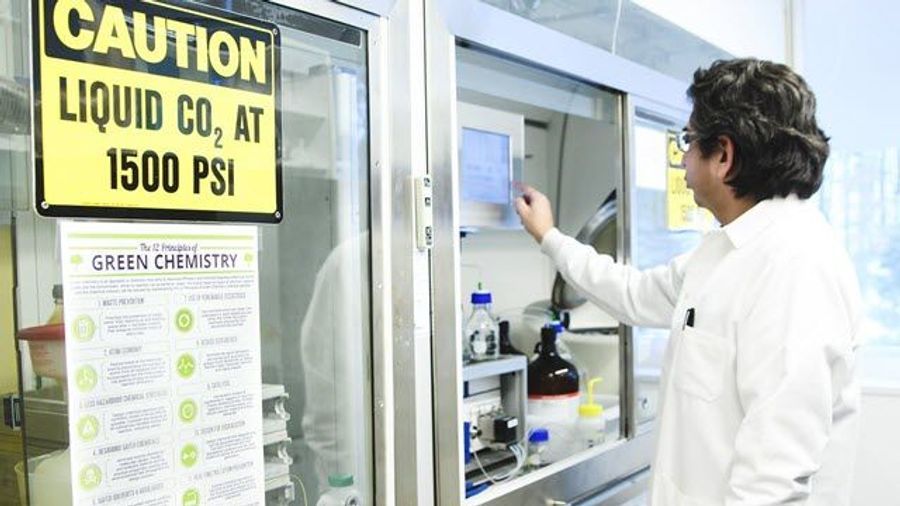 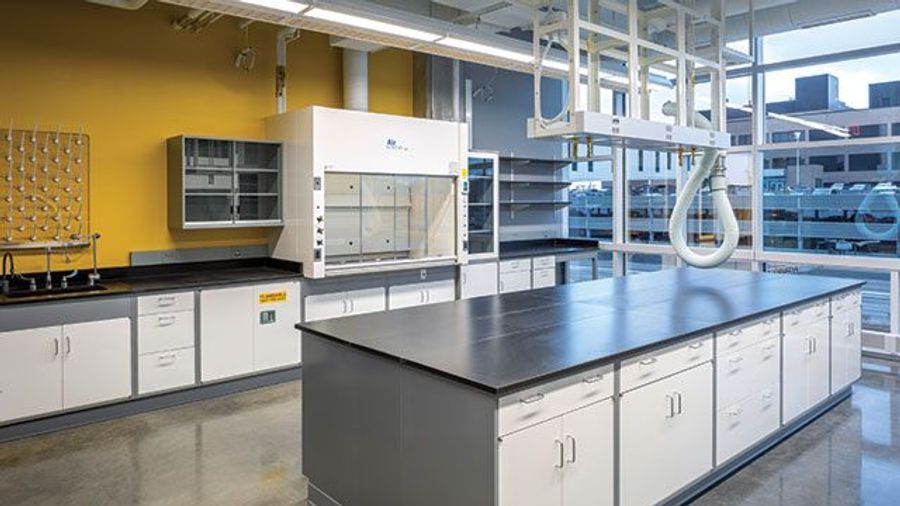 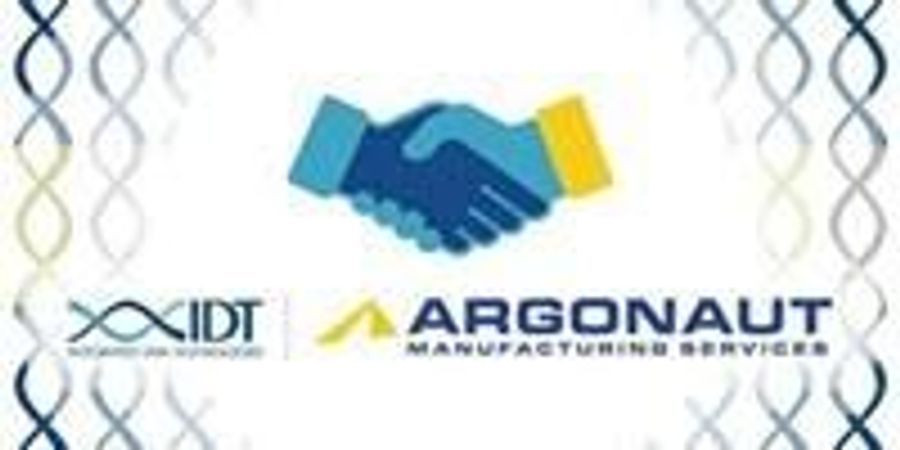