Designing scientific software and helping people use it offer interesting opportunities for computer- savvy scientists. For example, “New developments in computing power, predictive technologies, and information management and analysis techniques hold the key to unlocking the productivity potential in the discovery of new drugs and materials,” said Dr. Frank Brown, Chief Science Officer of Accelrys, Inc. Accelrys Lead Scientist Klaus Stark explains, “Simulation is very important to solve both academic studies and industrial problems as quickly as possible. It also helps avoid unnecessary and sometimes dangerous experiments.” He cautions, “Simulation must agree with experimental results; it doesn’t replace the need for experimentation. It is another tool to help scientists solve problems and answer questions.”

A growing number of independent firms develop and market various types of scientific software. Many of these laboratory software firms are described on this website. According to Dr. Stephen Mumby, Senior Account Director, Materials Science at Accelrys, of the 500 Accelrys employees, “half are chemists of every flavor.” Additional “software scientists” work for pharmaceutical and other firms that either license software from software design firms or have develop and use their own software.

Researchers increasingly use software to model molecular behavior and both chemical and physical processes. These include chemical synthesis and chemical process engineering, molecule design (for applications in drug design, catalysis, and other areas), drug action within the body, and resource recovery, particularly oil and gas production. Using computer software to simulate materials and processes enables scientists to better understand them, reduce development time for new products and processes, and operate commercial operations, such as oil production, more efficiently.

In addition to modeling molecules and processes, scientific software for a variety of other uses has become commercially available. Informatics is the management and analysis of data using advanced computing techniques. For example, chemists are inundated with huge amounts of data: spectral data, synthetic records, stereochemically complex chemical structures, structure-activity relationships, pharmacological studies, and enormous arrays of data from high-throughput screening and combinatorial chemistry. Cheminformatics software facilitates the collection, storage, and manipulation of these data to provide useful information. Bioinformatics software is important in genomics research because of the large amount of complex data this research generates.

In many fields of science, “traditional” jobs that sustained employment and provided rewarding careers are becoming fewer. For example, according to the American Chemical Society’s ChemCensus survey of all its working members conducted every five years, the percentage of members working for manufacturing companies has declined from 58.0% in 1985 to 51.9% in 2005. (These manufacturers include drug, chemical, and other types of manufacturing companies.) In contrast, the percentage of members working for non-manufacturing firms, such as software developers and service providers, has increased from 9.9% to 11.8%. For chemists aged less than 40 years, 14.2% were employed in this sector.

So what are the backgrounds of scientists and engineers working in this exciting and growing field? Many used computer simulation in their graduate or postdoctoral research. For example, Dr. Brown received his Ph.D. in physical organic chemistry from the University of Pittsburgh and did postdoctoral studies in simulations on biological systems at the University of California, San Francisco. Dr. Stark used existing software to develop potential energy surfaces and perform predictive calculations on these surfaces at the University of Stuttgart. His post-doctoral research in physics focused on computer studies.

Nowadays, “even experimental chemists usually have some exposure to simulation software,” Stark notes. He observes that, working in the software industry, it is not necessary to have programming experience if one goes into development work or focuses on working with customers to solve their problems or marketing.

After completing her Ph.D. in the U.K. and a two-year post-doc in the U.S., Tripos Application Scientist Dr. Tamsin Mansley began her career in the U.K. working in a medicinal chemistry research lab. After two years, she returned to the U.S. to work for UCB Research, Cambridge, Massachusetts. She had 10% of her time to work on her own interests. Mansley took advantage of this time to develop computer modeling skills. In 2002, she took an ACS short course, Computational Chemistry and Computer-aided Drug Design: Practical Approaches. She then used her new skills on her medicinal chemistry projects.

Dr. Jerald Baronofsky is Director of Marketing and Sales/Desktop Applications at CambridgeSoft. He completed two post-docs after earning his degree in biochemistry in 1981 and worked for three biochemical companies before joining software company SciVision. Hired without experience in simulation software, he notes, “It took a lot of work but I picked up what I needed to know on the fly.” He went to work for CambridgeSoft in 1997.

Lei Wang did computer work for her biophysical chemistry Ph.D. to support NMR structure determinations. She had used Tripos software over five years and liked it. A recruiter sent a Tripos job description to the department chair. Wang says she “liked the aspect of helping people” and thought the job would be very rewarding.

Some scientists work in marketing and sales. Wang observes, “Sales is a nice career option for B.S. and M.S. chemists.”

Other software scientists report that they came to their jobs by a variety of routes. Stark saw an advertisement in a computing newsletter about a job opening at Accelrys. He contacted a friend working at Accelrys to learn more about the job and company. Based on what he learned, he applied for a job there. He reports that another reason for applying was, “At the time, it was hard to find jobs in the traditional chemistry job market.” In addition, “Working on a variety of diverse problems was very appealing.” Stark began working for Accelrys in 1997 at Cambridge in the U.K. Later he transferred to Munich, Germany and then to Houston, Texas.

In 2004, Mansley was considering moving out of the lab and working for a software company. She learned about software careers and about Tripos in particular from a UCB Research scientist who formerly worked for Tripos. At the end of the summer, UCB announced they were closing UCB Research in early 2005. Dr. Mansley had to decide whether to look for another laboratory research job or work on computer simulation full-time. Meanwhile, Dr. Paul Hawkins, an applications scientist at Tripos who had met Mansley at an ACS short course, called her about a Tripos job opening that called for a medicinal chemist. As a result of this networking, Mansley began working for Tripos in the spring of 2005.

Wang notes that, during their employment interviews for software applications positions, job hunters should demonstrate that they understand basic concepts of computer modeling. Baronofsky suggests that job applicants should be familiar with the employer’s current products — what they can do — and it is even more helpful if they have experience in using the software. He says that CambridgeSoft is particularly interested in applicants that have ideas for useful new software applications.

Prior job experience, even if it is not in software, can aid in landing a job with a software firm. For example, Perry Francis, Director, Quality Assurance for Schrödinger, first worked for Safety-Kleen after getting his B.S. in chemistry. He explains, “This included working to ensure quality assurance/ quality control was met in Safety-Kleen’s hazardous waste analysis laboratory.” After earning an M.S. degree in chemistry, he began working for Schrödinger. “My QA experience was an important factor in my getting hired,” he says. “This experience has been very useful to me at Schrödinger.” In addition to “being sure that software works properly in customers’ hands,” he determines what additional features customers would like in software updates.

The largest single group of scientists working at computer modeling firms work as applications scientists. They generally attend two to three tradeshows annually, usually including both American Chemical Society national meetings. Many travel extensively. For example, Wang and Mansley travel about 30% of their workdays. Stark frequently travels to Europe and Asia. All three work out of home offices when they aren’t traveling. Baronofsky travels 10–15% of his work time.

Many scientists enjoy the variety offered by software jobs. Stark says his foremost job responsibility is “working with customers, both industrial and academic scientists, to develop strategies to solve their problems.” What Stark likes most is “the diversity of different problems customers have.” This means he has to learn how to tackle many different kinds of problems and keep up-to-date technically. He began working on catalysis problems but has also worked on problems for semiconductor, pharmaceutical, and other companies. His job offers opportunities to write and publish research papers. These often issue under joint authorship with Accelrys’ customers. For example, Stark notes, “I published a paper on Fischer Tropsch catalyst cycles with collaborators from Sasol.”

Mansley also enjoys the wide variety of her job responsibilities. “No two days are the same,” she observes. A major chunk of her time is spent in customer support — both preand post software sales. She helps customers determine what software modules they need to solve their problems. The wide range of her duties means “time management can be a real challenge.”

Wang likes “working with customers helping them use Tripos software. I enjoy the people interactions.” Her major challenge is “digging deeper to solve customers’ problems and issues.”

As part of his marketing responsibilities, Baronofsky works with North and South American software resellers and distributors of CambridgeSoft products. He also manages CambridgeSoft sales of other companies’ products like Hyperchem. He serves as a liaison to book publishers who bundle CambridgeSoft programs with college textbooks. He is also responsible for training customer personnel on certain software products. Baronofsky’s challenges include “taking our products and figuring out what else customers can use them for and developing good, useful training materials.” 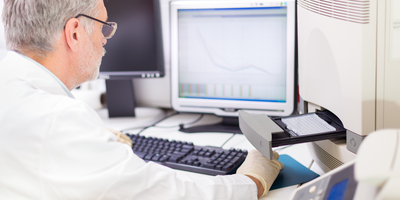 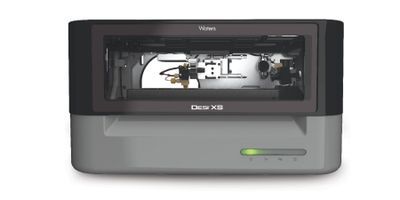 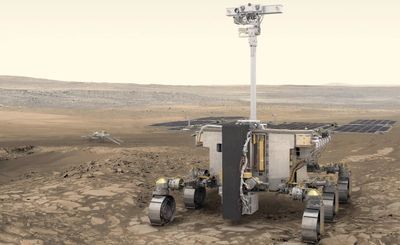 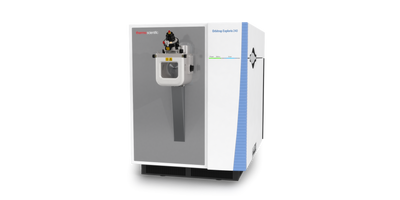