What Does the Economic Downturn Mean to Your Lab?

Even before the precipitous meltdown in global economic markets earlier this month, laboratories affiliated with the U.S. federal government, academic institutions, a range of industries and non-profit entities were battling a constellation of woes inextricably linked to an economy that was losing steam.

Now, in the overall economy, the staggering financial implosion has created a veritable crisis in confidence and has choked off credit, the lifeblood of modern commerce. Largely attributed to an inadequate regulatory regimen, this downturn, and the excesses that led up to it, has roots that can be traced back to the once booming housing market, which fueled a remarkable period of consumer spending as the major economic growth engine.

But the housing boom itself was built on the decaying foundation of subprime lending to eager homeowners, many of whom would eventually prove not to have the wherewithal to repay the loans on their pricey homes. The result has been record increases in home foreclosures and a mounting inventory of toxic debts on the books of banks. This has devastated the credit markets and undermined confidence despite aliant government efforts globally to provide respite with several huge, multi-pronged bailouts.

Even so, the financial markets are far from calmed. Their uncertainties are on display in the erratic daily gyrations on any major stock market index. Former Federal Reserve Chairman Alan Greenspan told the House Oversight and Reform Committee recently, “We are in the midst of a once-in-a-century credit tsunami.” He expressed shock that the financial system had broken down to these levels and conceded that he was mistaken in assuming that lenders would more capably safeguard their finances than government-appointed regulators. “I still do not understand exactly how it happened,” Greenspan said.

It is still too early to gauge the extent of the impact of the worldwide financial meltdown on the fortunes of the laboratory sector. What has emerged thus far is a mixed picture based on industry and type of laboratory, which may in fact have been created at a time when the economy was already showing signs of slowing—the beginning of this year or even earlier.

Despite fears of slowing growth, or even a recession, which would affect several of the tech sectors, investment in research and development (R&D), a giant share of which ends up in the laboratory sector, was estimated at $367 billion, or 3.7 percent higher than in 2007, according to researchers at Battelle and the editors of R&D Magazine February 2008.

As in most areas of the economy, laboratory costs are being driven up by the tough economic climate. Analyst forecasts reported by R&D Magazine in June 2008 suggest that construction costs for new laboratory facilities could go up by 3 percent to 10 percent in the U.S. in 2008, depending on local and regional market conditions. These increases stem from increasing costs of fuel, labor and commodities, and a busy construction industry with little spare capacity.

To be sure, the laboratory sector has been the subject of shifting emphases, especially for federal dollars that seemed destined for security pursuits in the post -9/11 climate. In addition, competitive pressures and outsourcing have been increasing. Still, the year-to-year growth in R&D spending was not unexpected.

“An economic downturn like this can clearly have some impact on laboratories— especially on investments in new laboratory development and expansion,” says Renaud Bardon, national sales manager for Millipore’s Laboratory Water Systems.

But Bardon notes, “As we have seen in previous crises, it is very important for laboratories to deliver under these trying circumstances.”

“There is a need to keep up investments at times like these so that you can emerge from the downturn with new products and services that will be more competitive when times get better and there is more demand,” he adds.

“At the moment at Millipore we don’t see any slowdown—2008 represents very good growth for us, and we see no slowdown going into 2009 either. Events in the financial markets can change this—but as of now there is not detectable slowdown,” says Bardon.

Companies like Millipore that make and sell analytical laboratory instrumentation may, in fact, represent one of the few bright spots in this economic crisis. In the second quarter (Q2) of 2008, revenues for the Instrument Business Outlook (IBO) Laboratory Sales Index increased 13.7 percent to reach $4,624 million, versus growth of 13.3 percent in the same quarter last year. In Q2 this year, operating profit grew 20.4 percent to reach $747 million.

Still, this is an uncertain economic environment. “In tough financial times, laboratories will look at their equipment more closely, and some will stop buying until they figure out the exact status of the current instrumentation. They will try to reuse, repurpose and recalibrate as much as possible to maximize their initial investment. Emphasis will be on greater efficiency and productivity,” says Laura Hammond, global marketing manager at Agilent.

Alessandra Rasmussen, chromatography business director at PerkinElmer Life and Analytical Sciences, concurs, noting that labs in all industries will try to produce more with instruments they currently have. She says, “Greater productivity or efficiency could mean handling larger volumes of samples, greater throughput, using fewer people—that will definitely be a focus in 2009 for sure.”

She believes that the drive for greater efficiency in lean times could result in labs using more handheld portable tools. These tools help cut operating expenses by educing the need to transport samples from different sites to the laboratory. “This will be facilitated as more effective tools become increasingly capable and portable without losing performance,” she says.

Donna Lococo, product manager of LABWORKS LIMS at PerkinElmer, says that labs engaged in quality testing or monitoring will increasingly market laboratory services by leveraging any excess capacity in their facilities. “So some labs that have focused on general monitoring are now starting to become contract labs on a part-time basis,” she says.

Another time-tested approach laboratories use in tough times is to acquire capable and productive tools that rely on fewer workers. Workers do not necessarily need high-level skills. They just need equipment operator skills for instruments that embody highly capable technologies that generate high-level data in a meaningful way that is also easy to retrieve, says Linda Doherty, marketing manager for Agilent’s Software and Informatics Division.

She believes there will be a move toward using centralized informatics tools to help create secure, centralized and even paperless environments—such as electronic laboratory notebooks (ELNs) that coordinate data across labs. This helps IT workers manage their labs more productively and cost-effectively.

“Another approach will be to seek smaller-scale solutions that will meet the needs of a work group environment and can be scaled up over time—that is, starting out small at a lower cost and growing as needed,” says Doherty.

Other bright spots include an increase in R&D spending in major industries and the solid infusion of venture capital (VC) in the tech sector, which will channel significant funds into research and testing laboratories.

In late July 2008, the Financial Times reported that the biggest oil companies operating in Western nations raised their R&D spending an average of 16 percent in 2007. Royal Dutch Shell, which had already earned the reputation of top R&D spender in 2006, revved up its spending the fastest, with a 36 percent increase to $1.2 billion in 2007. ExxonMobil, the largest oil company in the world, has a market capitalization almost double that of Shell but devotes about 66 percent ($814 million) of what Shell spends on research. Oil services company Schlumberger also raised its R&D budget by 17 percent in 2007 to reach $728 million, an amount surpassed only by Shell, Exxon and Total. In addition to oil and gas research, the major petroleum companies have been known to allocate resources for the investigation of alternative energy.

VC funding is also making a solid comeback. The Money Tree Report—a quarterly study of VC investments in the U.S. collaboratively produced by ricewaterhouseCoopers and the National Venture Capital Association with data from Thomson Financial—notes that in 2007 VC companies provided $29.4 billion in funding to businesses in the U.S. This was the highest level since the crash of the dot-com market in 2001. The VC Association reports strong funding levels in 2008 and no real impact from the economic meltdown because of the long-term nature of the VC business. Research labs engaged in clean energy technologies have attracted unprecedented attention from VCs.

Still, the overall picture is far more bleak than rosy. Layoffs have become just one of the ugly facts of the meltdown. In just two weeks in October, numerous companies, including Merck, Yahoo, General Electric and Xerox, announced layoffs. Nigel Gault, chief domestic economist at Global, estimates that the unemployment rate will be 8 percent or 8.5 percent by the end of 2009—a forecast that other economists agree with.

On October 23, Merck announced plans to cut 7,200 workers, or 12 percent of its workforce, its second largest layoff in three years. While the cuts are more linked to declining revenues, and earnings the cutbacks are largely viewed as accelerants to the approaching recession. The cuts in this announcement will occur around the end of 2011, with about 40 percent in the United States. Three research sites, in Seattle, Japan and Italy will be closed by the end of 2009.

Meanwhile, other big pharmaceutical companies have also resorted to cuts because of flagging sales and profits. Viren Mehta of Mehta Partners estimates that the big drug makers have slashed about 100,000 jobs in the last five years.

GlaxoSmithKline (GSK) initiated redundancy talks with 850 workers in its R&D divisions worldwide. These researchers are expected to be laid off as the company implements a reorganization plan to refocus its drug group operations, raise productivity and slash expenses.

And on October 1, GSK confirmed that about 6 percent of its R&D workforce, mostly in the UK and the U.S. will likely be laid off. According to the Financial Times, most of the affected workers at GSK are laboratory-based researchers who work in early-stage preclinical drug research.

Workers at national laboratories are also feeling the pinch. In May 2008, in response to budget cuts and higher costs, the Lawrence Livermore National Laboratory cut 440 workers. It is estimated that attrition and layoffs over the past two and a half years accounted for a loss of 1,800 workers from the country’s leading nuclear weapons design laboratory.

At its peak, the weapons laboratory employed some 8,000 top-level scientists and researchers, as well as support staff. In 2008, however, Congress slashed some $100 million from the lab’s budget. In addition, the lab was subject to another $180 million in unexpected management-related expenses.

The health care sector, once considered recession-resistant, is also being hammered in the flailing economy. Cutbacks are showing up in all areas of the sector, including clinical service laboratories. Laboratory Corp., the second largest clinical service in the country in terms of sales volume after Quest Diagnostics, reports a drop of 8 percent in blood tests and other lab work for its uninsured customers. Usually, LabCorp reports a 1 percent quarterly growth with this group.

Analysts are still grappling with the complexities of the current economic crisis. It is still almost impossible to gauge the extent of the immediate financial meltdown, let alone its impact on various industries and sectors. What is clear is that all areas are being affected, and in the laboratory sector it is evident that the impact so far has not been good. 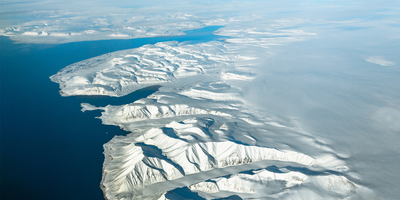 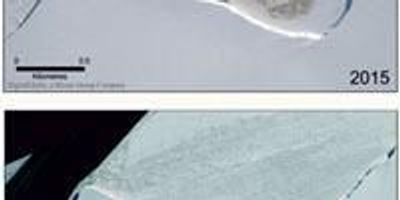 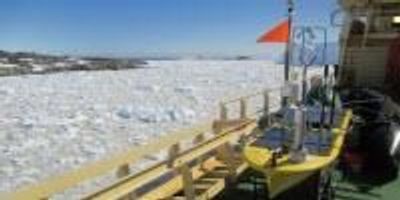