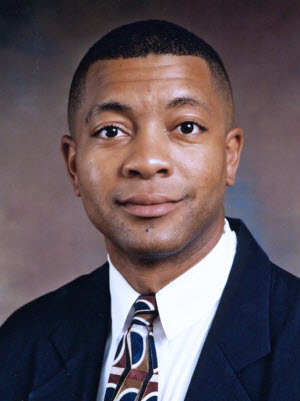 Dr. Orlando RichardPhoto courtesy of UT DallasAs it becomes increasingly common for older workers to report to younger supervisors, a new study from the Naveen Jindal School of Management at UT Dallas examined how disparities in experience and education influence subordinates’ commitment to their organizations.

Dr. Orlando Richard, associate professor of organizations, strategy, and international management, found that status incongruence—which occurs when a subordinate is older or has more education, work experience, and/or organizational tenure than their supervisor—negatively affected transformational leaders’ ability to foster attachment to the organization among their subordinates. The study was published in the journal Personnel Psychology.

“Transformational leadership is supposedly the best type of leadership to inspire followers,” Richard said. “But what happens when your boss is less experienced or younger than you? You are less likely to respond to their leadership style. It also affects the level of commitment you have to the organization because you feel you are more qualified than they are.”

The researchers found across two different contexts—both in the United States and Turkey—that status incongruence weakened the relationship between transformational leadership and affective commitment.

Transformational leadership inspires subordinates to work for the good of the organization by motivating them through the leader’s strategic vision, communication of the vision and commitment toward the vision.

Affective commitment is an attachment that an employee would have toward an organization, Richard said. Companies want their employees to have a sense of loyalty, and commitment has implications for productivity, performance and retention rates.

“From an HR standpoint, I think it’s important to make sure that you have the right leader in place because if employees feel that the wrong person is in charge, there could be negative consequences for the organization down the road,” Richard said. “No one wants to work for someone who they feel doesn’t have the credentials.”

The study also examined how the effects of a transformational leadership style and a supervisor’s gender predict a subordinate’s commitment.

“These relationships in the U.S. context are important for women in leadership positions,” Richard said. “Women in management have to especially have the credentials in order to demand respect. If they do, and they display transformational leadership, they’ll experience more commitment from their employees.”

María del Carmen Triana at the University of Wisconsin-Madison and Ilhami Yücel at Erzincan University in Turkey were co-authors on the paper.

The researchers’ next project will use another data set from Turkey and the United States. The project may focus on how status incongruence affects subordinate job performance and deviant work behaviors.