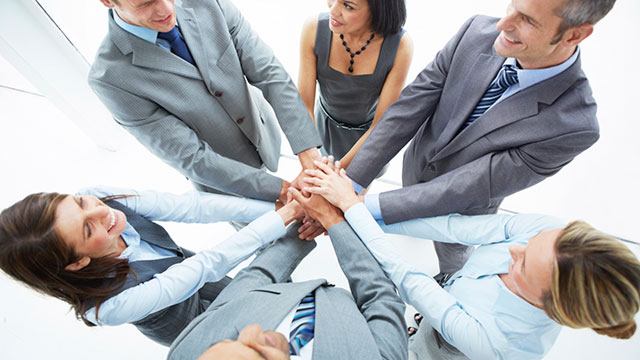 Humility and authentic connection are at the core of all great relationships. And strong relationships are at the core of all lasting success. One of the most fascinating insights into relationship dynamics came out of the Stanford Prison Experiment conducted in 1971. In this experiment, two groups of students were placed in a mock prison in the basement of a Stanford University building and were randomly assigned to the roles of prisoners and guards. The students were observed for several days. What then occurred has become one of the most striking and disturbing observations of human relationships. The students began to manifest either aggressive or rebellious behaviors depending on their role.

Though everyone knew that this was just a test, the “guards” began to act rigidly and display hostility towards their supposed “prisoners.” The guards seemed to enjoy the authority and control to a level that went beyond acceptable boundaries. The guards increasingly pushed and even abused their authority—even though their authority was not real. On the other hand, the prisoners banded together and rebelled against the guards. They planned escapes. They insulted and harassed their captors. When the study ended, the guards were reluctant in yielding their authority and resisted their prisoners. The test had to be shut down prematurely and only after outside intervention.

The illusion of power can be wildly intoxicating. The Stanford Prison Experiment is an extreme example of a common phenomenon that can occur at any level of a small business or large corporation. Often, when we gain authority in life and in business, we can lose sight of how we gained that authority in the first place. With all the outward signs of authority—a nicer office, a new car, a different job title—we forget those who helped us along the way and we forget that there are others around us who could help us grow even further. We stop listening. We become distant, disconnected, and our confidence turns into arrogance. Eventually, we start making poor decisions and, with nobody around to advise us, we lack the perspective to notice our deteriorating decision. At any level of an organization, this kind of isolation and narrow-mindedness is a set up for failure and even widespread disaster.

The antidote to these toxic effects of authority on social relationships is to always maintain humility and authentic connection. Developing and maintaining a “success circle” in your professional life is key to keeping you grounded as you move into leadership positions with more and more authority. Building a success circle isn’t just about making friends and it isn’t just about networking—it’s about actively maintaining and developing a core group that will push you, advise you, and help you succeed in good times and in bad. These people make up your own personal presidential cabinet. You might be in their cabinet, too. There are four essential steps to developing a success circle:

The art of connection is one of the most powerful secrets in life. This doesn’t have to be a formal effort. Just having lunch, playing a game of tennis, or going to a ball game can form the basis for real connection. Over time, you will gradually build up a success circle of informal mentors on whom you can count for the best advice.

This is where the humility comes in. When you are at a crossroads or are faced with indecision in in business, reach out to those in your success circle who have demonstrated expertise and knowledge in the area you are struggling with. Recognize that you aren’t an expert in all areas. Ask the person exactly how he or she did it. It is important to ask for detailed insights. Vague statements and general advice are everywhere, and they will only take you so far.

Will Rogers famously said, “Everybody is ignorant, only on different subjects.” Maintaining humility and asking for help are the only skills you need to develop a success circle. Developing a success circle is a simple task, but it’s immeasurably valuable. There is a wealth of knowledge and information out in the world that is free and can be learned while playing a game of tennis or drinking a cup of coffee. Sometimes the answer you need is only a phone call away. Success circles keep you growing while keeping you grounded.

Dr. Randall Bell is a socio-economist, speaker, and author of Rich Habits Rich Life. He has consulted on such cases as the World Trade Center, Flight 93 Crash Site, and OJ Simpson. His work has generated billions of dollars to build lives and communities. He documents the poor habits that lead to disaster—and the rich habits that lead to transformation and growth. For more information on Dr. Randall Bell, please visit www.drbell.com.