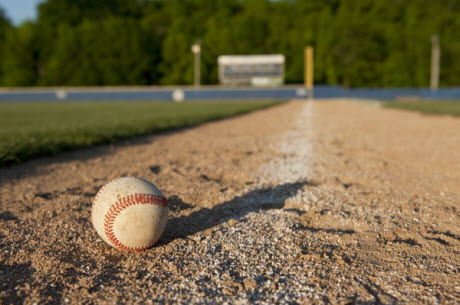 Research by the University of Delaware's Kyle Emich shows that general managers in sports and employers in business might be better served by looking at teams as a network of parts that influence each other.Photo credit: Evan KrapeIt’s been the driving point of motivational speeches for both sports teams and Fortune 500 companies for ages: “There is no ‘I’ in team.”

Teams in both arenas are typically viewed as holistic entities, not a collection of individuals. But general managers in sports and employers in business might be better served by looking at teams as a network of parts–and not a whole–that influence each other, according to a new study first-authored by Kyle Emich, assistant professor of management in the University of Delaware’s Alfred Lerner College of Business and Economics.

When a star player or an employee with a loaded resume is added to a preexisting team or staff, organizations often inadvertently neglect to consider how this can influence the relationships between all other parts of that collective.

“Teammates influence each other,” Emich said. “Whether it’s thoughts, emotions or ideas, what one part of a team does or says can have a huge impact on the other members of the team–either positive, or negative, or both.”

For a sports example, Emich and Thomas A. Wright, Distinguished Professor of Management Systems at Fordham University, point to the New York Yankees just after the turn of the century, when they acquired superstar Alex Rodriguez from the Texas Rangers, adding him to a team already loaded with stars.

It might sound strange to say that a player acquisition that led to one World Series title was a disappointment. But when the player is Rodriguez, and the team is the Yankees–a title-winning machine–the logic makes a little more sense.

To be fair, the Yankees experienced much success, including the 2009 title, a handful of American League pennants, and numerous playoff appearances, after the team acquired Rodriguez in 2004.

But from a cost-benefit/ win-loss standpoint, it has been mostly a disappointment, especially when you consider the massive ten-year, $275 million extension Rodriguez signed in late 2007.

According to Emich, A-Rod did not make the Yankees better; in the long run, he made them worse. However, interestingly, he did this while maintaining his individual superstar status. Indeed, he was the league’s MVP in 2003, 2005, and 2007.

The A-Rod acquisition, and especially the ten-year contract, hasn’t lived up to expectations in large part because there were questions about his strength of character and alleged steroid usage, and he didn’t mesh well with the established stars already on the Yankees roster, the researchers argue.

They juxtaposed that signing with the teams’ acquisition of Babe Ruth, 84 years earlier. Ruth arrived from the Boston Red Sox in 1920 and joined a team that lacked a superstar. He made the Yankees his team, and both the player and the team went on to shatter records and win world titles.

“Part of this process is dependent on the perceived expertise of one’s teammates, and the perceived skills people are seen as bringing to a team,” the researchers said.

Before adding anyone to a team, either in sports or in business, managers should look at how the new additions will influence team processes that have already been developed.

“New team members bring with them new ways of thinking and new ideas. Managers need to look at how these factors will interact with the existing framework of given team,” Emich said. “Most importantly, managers must consider how new hires will affect existing team members feelings about their team and themselves.”