TUSCALOOSA, Ala. — Parents looking for holiday gifts that instill character should check out the Transformer toys and DVDs, a University of Alabama researcher says.

In a study to be printed in the spring of 2016, Dr. Peter Harms, assistant professor of management in the Culverhouse College of Commerce, says the Transformers franchise provides key lessons about leadership, teams, and the characteristics necessary to get ahead.

“We were trying to have a little a fun in what is a traditionally very serious discipline,” Harms said. “Leaders are important individuals in organizations. Their decisions and the way they treat those around them can make or break the firms and teams they lead. 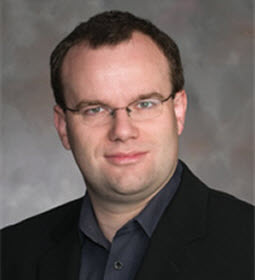 Peter HarmsPhoto courtesy of the University of AlabamaThe study, “Children’s Stories as a Foundation for Leadership Schemas: More than Meets the Eye,” by Harms and his coauthor, Seth Spain of Binghamton University, will be featured in Emerald Group Publishing’s book series “Monographs in Leadership and Management.”

The title of the volume is “Leadership Lessons from Compelling Contexts.”

The research team drew its findings from analyses of personality characteristics provided on the boxes of the children’s toys and from the messages conveyed in the original television show from the 1980s. The results provided three basic findings concerning effective leadership and teams.

First, the teams tend to select extraordinary individuals to lead them. Both the Autobots and their rivals, the evil Decepticons, had leaders who were rated as being more intelligent, powerful, and courageous than the other members of their teams. This finding matched research found in the real world with the exception of one particular characteristic.

“We don’t normally ask if a leader has more firepower than their subordinates,” Harms said.

The second lesson was that of these characteristics, intelligence was rated as being the single most important attribute for a leader to have. Both the Autobot leader, Optimus Prime, and the Decepticon leader, Megatron, were rated as being more intelligent than their followers.

“Intelligence is a necessary condition for effective leadership,” Harms said. “One of your most important duties is to provide a vision or direction for the actions of your group. You’re the decider. If you can’t fulfill that function, it won’t matter if you are strong, sneaky or brave. You won’t be able to make up for the deficits your team will face owing to lack of cohesion and direction.”

The final lesson was that organizations where leadership was more distributed were more effective. The Autobots tended to have less social distance between their leaders and their members. Everyone was treated with respect.

The Decepticons instead had a highly centralized leadership structure where all power rested in one individual and just a few followers. Harms suggests that this accounts for why the Autobots repeatedly foil the plans of the Decepticons in spite of the fact that they are often outnumbered, out-gunned and caught by surprise.

“The Autobots, and their leaders in particular, show a willingness to sacrifice themselves for the team,” Harms said. “On the other side, you see the Decepticons repeatedly having to deal with disloyal subordinates who are scheming to overthrow their own leader.

“They’re simply not a cohesive organization, and their plans are frequently ruined by the impulsive or selfish actions of their own members.”

Harms finds parallels in the real world among organizations where insular and narcissistic leaders make poor decisions because they aren’t getting timely or accurate feedback from their followers.

He also notes that organizations structured to make their own members compete among themselves for limited resources often suffer from low morale and high turnover.

For Harms, the lessons to be learned from this go beyond those concerning leadership and teams.

“I think the key takeaway in all of this is really that we should pay attention to the messages being conveyed to our children in their toys and in the shows that they watch,” he said. “I’m not going to suggest that the makers of the Transformers were trying to teach morality intentionally.

“They were trying to entertain. But those lessons leaked through nonetheless. It isn’t much different than the ways that we have instructed children for thousands of years via entertaining myths and legends.”

Harms adds that he hopes that people will look at the toy aisle a little differently when shopping for Christmas this year. Perhaps those toys will do more than provide entertainment. Maybe they will teach a lesson as well. For the Transformers at least, there’s more than meets the eye.