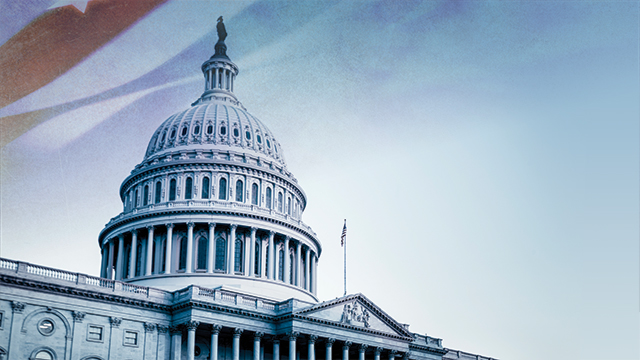 Under the construct laid out in a recent executive order (EO), federal agencies will identify the regulations to be eliminated, but the final decision on which ones to ax will come from the White House. This EO will join one issued in 1993, which is still in place, to curtail costs associated with regulations that may be unnecessary or that merely duplicate others. This new EO is driven by the view that excessive regulations are still hindering the country’s economic growth and curbing them requires measures that are more drastic.

Successful implementation will likely remove arcane and onerous requirements while charting new regulatory directions. In addition, the new EO stipulates that any regulations enacted this year have zero cost, unless specifically exempted. The EO for reducing regulations was aimed at easing regulatory burdens on the private sector, especially among small businesses, a category that includes a substantial number of the laboratories operating in the United States today.

In the laboratory sector, a number of federal, state, municipal, and other types of regulations govern laboratories—how they are constructed, the methods they use to operate, and how they handle and dispose of materials to ensure compliance with overall environmental, health, safety, and other regulations.

Reducing regulations in the U.S. will follow in the footsteps of well-regarded international precedents. Deloitte’s Jitinder Kohli, in a guest commentary in Forbes, and who served as a “lead official for implementing this policy” in the United Kingdom, wrote that since 2005 when the program started, UK businesses collectively saved the equivalent of $10 billion annually. Such success did not go unnoticed, and similar plans have since taken root in neighboring Canada and in Australia.

Here in the U.S., the Competitive Enterprise Institute, which tracks and compiles detailed estimates on the cost of U.S. regulations, estimates that the outlays associated with conforming to government regulations are expected to outstrip total Internal Revenue Service individual and business collections by more than $160 billion for 2016.

But regulations are also associated with benefits. In a 2012 primer from George Mason University and George Washington University, authors Susan Dudley and Jerry Brito, citing data from the U.S. Office of Management and Budget 2012 draft report, stated that major regulations issued from 2001 to 2011 cost between $43 billion and $67 billion a year, while benefits were $141 billion to $700 billion a year.

It also takes considerable government resources to implement and enforce federal regulations. “Over 70 federal departments, agencies, and commissions employ a combined staff of almost 300,000 full-time employees to write and enforce federal regulations. Together they issue thousands of new rules each year.” The focus tended toward “regulatory goals rather than the costs of achieving them,” noted Dudley and Brito in their primer.

To be sure, safety considerations are at the heart of most organizational, procedural, and process- and product-related regulations. Reports on the impact of the systematic elimination of regulations in other countries, however, have not pointed to major safety challenges as a consequence of scaling back on the number of rules.

Regulations are far reaching, and for the most part, no one seems exempt. In a 2015 report from Vanderbilt University that assessed federal regulatory compliance across 13 sample institutions of higher education in the U.S., researchers noted that research-related compliance as a proportion of research expenditure ranged from 11 percent to 25 percent. “Findings from sample institutions were extrapolated to the entire U.S. higher education [system], and a total cost of federal regulatory compliance of $27 billion was estimated,” according to the report.

Clearly, the two-for-one rule will affect individual sectors differently. Writing in the February 2017 issue of Regulatory Affairs Professional Society, Zachary Brennan notes that the Food and Drug Administration (FDA), for example, operates on the basis of statutes passed by Congress, many of which deal with process stipulations for the pharmaceutical industry. Case in point, if the FDA were to eliminate the need for new drug application (NDA) regulations, the Federal Food, Drug, and Cosmetic Act stipulation that no new drug product may enter interstate commerce without an NDA that satisfies applicable efficacy and safety standards would effectively block a new product from entering the market.

Heather Longden, senior marketing manager, Informatics and Regulatory Compliance, Waters Corporation (Milford, MA), says that part of her company’s focus is to help drug companies meet their regulatory requirements. She says that some regulations have not been changed for a long time after their implementation— noting that the good manufacturing practice regulations for pharmaceutical laboratory practices were written in 1978, and remain largely unchanged. She adds that the implementation of regulations can take a long time as well. “For example, the regulations around data accuracy and reproducibility came out in 1997, and implementation is still going on 20 years later.”

Longden says that in the past few years there was a large spike in regulator interest in whether all the data produced were being reviewed—to ensure compliance with the need to keep and review all the data generated to get a more complete picture of the issue being investigated. She says there’s greater interest in how data were created, greater concern with the creation of results, and more efforts to ensure that unfavorable results were handled in accordance with the stipulated oversight. The idea is to make sure that measures are in place to ensure that test results can be trusted.

She concedes that the review of all data is “pretty much an unachievable goal,” but that limited review is fraught with risks. She adds that even small increases in the volume of the data reviewed notably improve the quality of results.

“As an outside agency for regulated companies, we do provide assistance to our customers to be aware of changes and interpretations of regulations to fully understand how their environments will be impacted, and what steps they need to take to be compliant,” Longden says.

Turning to regulatory issues in the pharmaceutical industry, Longden says, “Globalization is the largest challenge, which creates the need to comply with multiple sets of regulations. I believe that industry and regulators are working together to try to harmonize their expectations, and to improve trust for the inspection reports of official reviews between agencies. This is a major hot topic.

“All regulated industries wish that there was more standardization in regulation across different regulating agencies. This is a big goal and will continue to be so over the next five to 10 years,” she says.

To be sure, regulations can be fraught with a number of social, business, and technical issues. Karl Reich, PhD, chief scientific officer, Independent Forensics (Lombard, IL), says, “We are a forensic DNA laboratory and as such are a very small fraction of the working laboratories that are audited or inspected.

“There are no federal regulations that govern work performed in forensic DNA laboratories—shocking though this may seem. Labs like ours are audited and inspected according to three different, but somewhat related, sets of standards. This is voluntary, but required if there is a need to have the results accepted by the courts [and for obvious commercial reasons, this is important].”

Reich continues, “The process of inspection, audits, and accreditation is, indeed, painful and expensive, and frankly does little to ensure quality or good scientific processing of samples to be tested. The audit standards are a low bar and incorporate many issues that increase costs but have little to do with proper management or oversight—but such is the fate of most regulations.

“There are three (four really) standards, audits, or reviews of labs like ours. First, ISO 17025 plus FBI QAS, which is for forensic DNA testing. In the U.S., labs are audited against both of these standards at the same time.

“Unfortunately, when the FBI promulgated its standards, it incorporated suggestions from a committee that did not understand basic molecular biology and who were shills for one of the larger companies that was providing kits for testing—and so we are stuck with a number of poor, outdated, and illogical (and expensive to implement) standards that persist to this day.

“AABB, which is for family relationship testing or paternity testing, is the same exact technology as forensic DNA, but the focus is different and the standards are different in some respects. Here, the issues are that the market is strongly biased toward the largest paternity labs that dominate this area and effectively control the committee that updates the standards. It represents better molecular biology than the FBI QAS, but a poor understanding of the genetics are skewed in favor of the largest labs.

“Finally, the NY-DOH [New York Department of Health], which is unique among the 50 states, does not accept anyone else’s accreditation and so insists on doing its own audits to its own standards. NY-DOH has little or no experience with DNA, as it is really interested in medical or diagnostic testing, which is something labs like ours do not do,” says Reich.

Commenting on the math, analysts have noted that taken to its logical conclusion, eliminating two regulations for every new one would eventually end up at zero. Nonetheless, there is broad acknowledgement that a number of regulations on the books have outlived their usefulness and may be safely put to pasture. One expectation is that constructive culling will lead to a more streamlined regulatory framework that will serve the needs of all stakeholders.