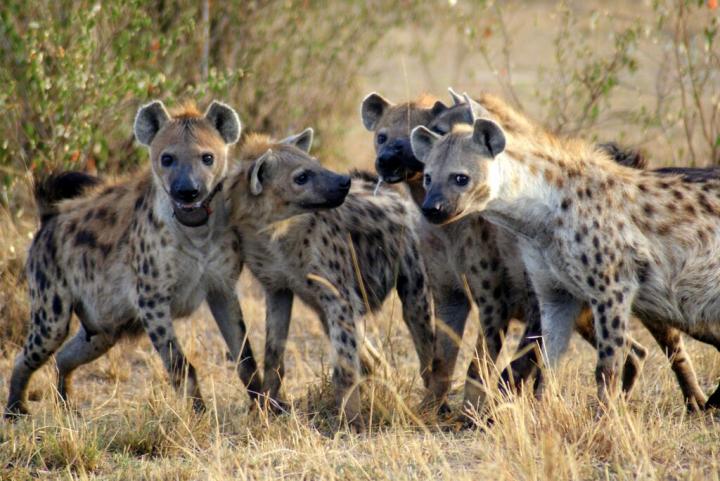 As the American media continues to buzz over who is more or less likely to secure the Republican and Democratic nominations for U.S. President, researchers in the journal Trends in Ecology & Evolution review some interesting perspectives on the nature of leadership. The experts from a wide range of disciplines examined patterns of leadership in a set of small-scale mammalian societies, including humans and other social mammals such as elephants and meerkats.

"While previous work has typically started with the premise that leadership is somehow intrinsically different or more complex in humans than in other mammals, we started without a perceived notion about whether this should be the case," said Jennifer Smith of Mills College in Oakland, California. "By approaching this problem with an open mind and by developing comparable measures to compare vastly different societies, we revealed more similarities than previously appreciated between leadership in humans and non-humans."

Chimpanzees travel together, capuchins cooperate in fights, and spotted hyenas cooperate in hunting, but the common ways that leaders promote those collective actions has remained mysterious, Smith and her colleagues say. It wasn't clear just how much human leaders living in small-scale societies have in common with those in other mammalian societies either.

To consider this issue, a group of biologists, anthropologists, mathematicians, and psychologists gathered at the National Institute for Mathematical and Biological Synthesis. These experts reviewed the evidence for leadership in four domains--movement, food acquisition, within-group conflict mediation, and between-group interactions--to categorize patterns of leadership in five dimensions: distribution across individuals, emergence (achieved versus inherited), power, relative payoff to leadership, and generality across domains.

Despite what those ongoing presidential primaries might lead one to think, the analysis by the scientific experts finds that leadership is generally achieved as individuals gain experience, in both humans and non-humans. There are notable exceptions to this rule: leadership is inherited rather than gained through experience among spotted hyenas and the Nootka, a Native Canadian tribe on the northwest coast of North America.

In comparison to other mammal species, human leaders aren't so powerful after all. Leadership amongst other mammalian species tends to be more concentrated, with leaders that wield more power over the group.

Smith says the similarities probably reflect shared cognitive mechanisms governing dominance and subordination, alliance formation, and decision-making--humans are mammals after all. The differences may be explained in part by humans' tendency to take on more specialized roles within society.

"Even in the least complex human societies, the scale of collective action is greater and presumably more critical for survival and reproduction than in most other mammalian societies," Smith said.

The researchers now plan to further quantify the various dimensions identified in the new work. There's still plenty more to learn. "As ambitious as our task was, we have only just scraped the surface in characterizing leadership across mammalian societies and some of the most exciting aspects of the project are still yet to come as biologists and anthropologists implement our novel scheme for additional taxa and societies," Smith said.