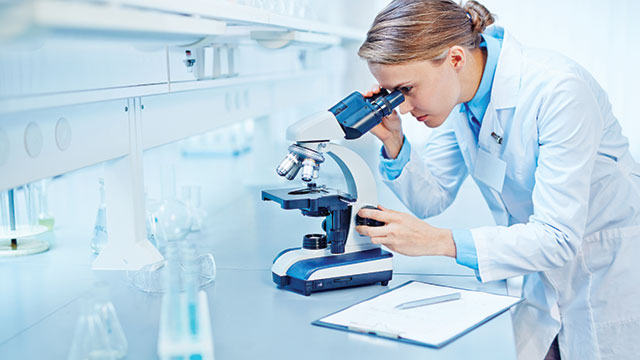 As we celebrate the achievements of women this International Women’s Day with an online-exclusive piece on women in STEM, I’d like to point our readers to an excellent recently published memoir that provides a first-person perspective of this topic—Lab Girl.

The book, by geochemist and geobiologist Hope Jahren, chronicles Jahren’s journey into science and the challenges she faces along the way, including struggles with mental illness, but also one that many other women in science unfortunately face—sexism. And while we’d like to think that sexism no longer exists in science, there is well documented evidence to the contrary and that, from an early age, girls are still discouraged from pursuing careers in STEM (science, technology, engineering, and math) fields. Specifically, Jahren talks of how her brothers were encouraged to do traditionally “male” activities in the world outside the lab such as build rockets and race model cars, while the only time she was able to do anything similar was during the nights when her father would take her to his lab. For her, the lab became a safe space where she was able to “explore the mechanical world” and helped ignite her passion for science.

Related Article: Study Finds That Despite More Women in Science, We Still Perceive Women to Be Incompatible with STEM Fields

Jahren discusses how her own mother was unable to pursue a bachelor’s degree in chemistry, despite receiving an honorable mention in the ninth annual Westinghouse Science Talent Search, because the laboratory hours were not suited to the babysitting jobs she needed to pay her college tuition. Her mother’s honorable mention had come with a one-year honorary membership to the Minnesota Academy of Science, rather than a college scholarship. “In 1951, the university experience was designed for men, usually men with money, or at the very least men who had job options outside of being some family’s live-in nanny,” Jahren writes. 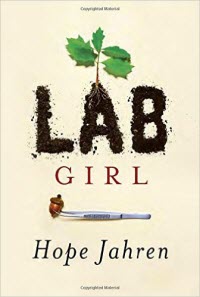 Image via Amazon.comLuckily, there are many great initiatives today to encourage girls to pursue STEM careers, though it’s also clear that more work needs to be done, based on recent studies, including two from New York University that show girls as young as six feel they lack in “brilliance” and that teachers underrate girls’ math skills.

As for sexism in the sciences, Jahren has several examples in her book, including male colleagues loudly discussing her and other female researchers’ bodies in the break room next to her lab, and being told she’d never succeed in her field because she was a woman, then contradictorily, being told by others that she had only succeeded in science because she was a woman. Jahren also writes a blog that discusses interactions between women and men in academia and provides strategies for dealing with sexism in the workplace, among other topics.

Of course, not all male colleagues behave badly towards their female coworkers, as seen in Lab Girl in an encouraging and supportive male mentor Jahren had at the beginning of her career and in her long-time friend and lab partner, Bill. But, based on the number of stories from female researchers about sexism they’ve experienced in the workplace, usually at the hands of male colleagues, it seems there’s still room for improvement when it comes to equal treatment of women in science.

However, while this review may make it seem like Jahren’s memoir is all about difficulties women in science face, there is also a strong focus on problems all scientists struggle with such as funding (or lack thereof), getting published, and the challenges young researchers encounter when they are just starting out. And, of course, the memoir includes many fascinating insights into the world of plants, Jahren’s research focus.

If you’re looking for a non-fiction story that includes interesting science, plenty of laughs, and insights into issues scientists are dealing with in today’s lab world, Lab Girl is definitely worth reading.