It’s a shame that the contributions of African-American scientists are often overlooked until February–Black History Month–rolls around. And, it’s a double shame that when the achievements of African American scientists are celebrated, usually very few women are included. To correct that oversight, we take a moment to highlight five important figures in science who also happen to be African-American, and female:

Dr. Rebecca Lee Crumpler (1831–1895) was the first African-American woman to get an MD in the United States in 1864, an achievement often attributed to Dr. Rebecca Cole (1846–1922), who received her MD three years later. Dr. Crumpler was inspired to become a physician by the aunt who raised her and often helped care for sick neighbors, gaining entry to the New England Female Medical College in 1860. She practiced medicine until 1880 and published a book of medical tips for women and children in 1883 (Book of Medical Discourses), based on notes kept during her time in active practice. 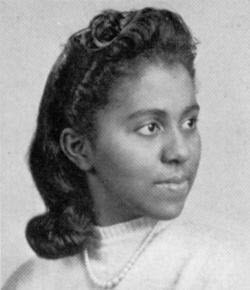 Photo courtesy of Wikimedia CommonsDr. Marie Maynard Daly (1921–2003) was inspired to become a chemist both by her father’s passion for science and Paul De Kruif’s book, The Microbe Hunters. She received her bachelor’s degree in chemistry from Queens College in Flushing, New York in 1942, graduating with great distinction. While working part-time as a laboratory assistant at Queens College, she completed her master’s degree at New York University in only a year, then, in 1947, became the first African-American woman to obtain a PhD in chemistry in the US when she graduated from the doctoral program at Columbia University. She held teaching positions at Howard University, Columbia University, and the Albert Einstein College of Medicine before retiring in 1986. Dr. Daly set up a scholarship fund in 1988 at Queens College for African-American science students. 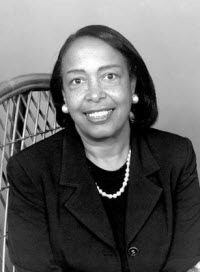 Photo credit: National Library of Medicine, Wikimedia CommonsDr. Patricia Bath (b. 1942) was the first African-American woman to complete a residency in ophthalmology. She became interested in science as a girl when her mother bought her a chemistry set, later becoming one of only a few students to attend a National Science Foundation-sponsored cancer research workshop at the age of 16. After completing her residency in ophthalmology in 1973, she became the first female faculty member in the Department of Ophthalmology at the University of California, Los Angeles’ Jules Stein Eye Institute and co-founded the American Institute for the Prevention of Blindness in 1976. In 1986, she invented the Laserphaco Probe, a device that used laser technology to improve the treatment of cataracts. When the device was patented in 1988, she became the first African American female doctor to receive a medical patent. 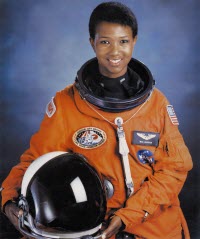 Photo credit: NASA, Wikimedia CommonsDr. Mae C. Jemison (b. 1956) was the first African-American female astronaut and became the first African-American woman in space when she flew on mission STS-47 aboard the Endeavour shuttle with six other astronauts in 1992. She became interested in science through elementary school and her parents’ support. She enrolled in Stanford University in 1973 on a National Achievement Scholarship, graduating with a Bachelor of Science degree in chemical engineering in 1977. In 1981, she received her MD from Cornell University Medical College. After interning at Los Angeles County/University of Southern California Medical Center and doing research, teaching, and working as a Peace Corps medical officer in Sierra Leone and Liberia, she returned to the US in 1985 and applied to NASA's astronaut training program. In 1987, she became the first African-American woman accepted into the program. Serving as the science mission specialist on STS-47, she was a co-investigator on the mission’s bone cell research experiment. 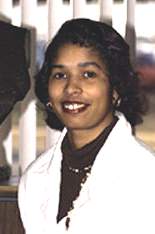 Photo courtesy of NASADr. Aprille Ericsson (b. 1963) was the first African-American woman to obtain a PhD in mechanical engineering from Howard University and the first African-American woman to obtain a PhD in engineering at NASA’s Goddard Space Flight Center (GSFC). Though part of the science club at her elementary school, she was also very successful in a number of school activities and was the only black student in the Special Progress Program. Following high school, she received a Bachelor of Science in aeronautical/astronautical engineering at Massachusetts Institute of Technology. After completing her second PhD at the Goddard Space Flight Center, she worked for NASA on the Microwave Anisotropy Probe (MAP) project and in the Integrated Mission Design Center, among other key projects. She is currently an aerospace engineer at the GSFC.

- With files from the National Library of Medicine, the Chemical Heritage Foundation, Bio, NASA, and BusinessWire