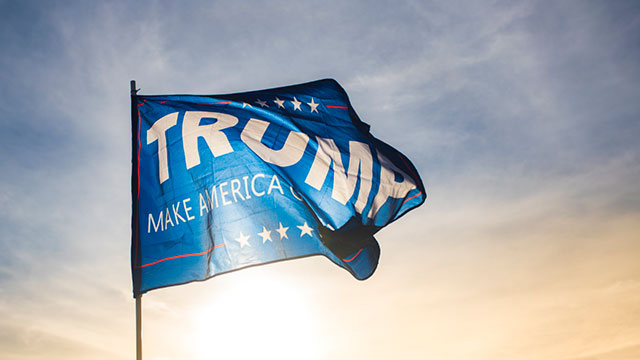 With little discussion on how the 2016 US election could impact science before Election Day—apart from a few articles comparing candidates’ views on science—now that Donald Trump has been elected, an explosion of discourse on what that could mean for the US scientific community has hit the web. And, as you’d expect, most scientists aren’t happy.

Many articles bring up possible cuts to federal research funding as one of the key concerns, along with Trump’s views on climate change and immigration. Trump has expressed skepticism for climate change science and his anti-immigration positions may make foreign scientists rethink moving to the US to do research or study. Meanwhile, some US scientists are considering moving away from their home country in the face of what they see as an administration unsupportive of science.

“There’s a fear that the scientific infrastructure in the US is going to be on its knees,” Robin Bell, a geophysicist at the Lamont-Doherty Earth Observatory of Columbia University and incoming president-elect of the American Geophysical Union, recently told the Washington Post. “Everything from funding to being able to attract the global leaders we need to do basic science research.”

However, not all scientists are against Trump, as shown in this Nature piece, with some believing Trump will turn the status quo on its head, which could mean improvements in science. And, it’s important to note that, despite the views he’s expressed on the campaign trail, it’s unclear yet what Trump’s policies will be when it comes to science.

“The biggest issue is that scientists simply don’t know what Trump is going to do,” writes Ryan F. Mandelbaum in Scientific American. “Trump has changed his mind on plenty of matters; he’s maintained few constants besides wanting to cut spending, keep out immigrants, and burn fossil fuels.”

Budget cuts and low spending increases are also nothing new to scientists—it’s an issue that’s come up time and time again over the last five years when our readers describe the major challenges they face in managing their labs, though some research areas have been harder hit than others.

For example, in our September 2014 cover story on the effects of sequestration on research, Benjamin Corb, director of public affairs of the American Society for Biochemistry and Molecular Biology [ASBMB], said that biomedical research had experienced ten years of “minimal growth in spending and investments.” And US researchers wanting to leave their home country for opportunities elsewhere is not a new sentiment either, based on that cover story.

“Last summer, ASBMB surveyed scientists from 15 different professional societies and found that one in five was considering leaving the country for better funding opportunities and employment,” Corb told author Bernard B. Tulsi back in 2014.

One thing for certain is that scientists are a resilient bunch. Despite these funding challenges, they continue to find ways to press on and do good work with limited resources. With science playing such a small part in this year’s election, it seems scientists may need to step up their efforts to highlight just how important their work is. That was one of the key takeaways from our September 2014 cover story where Andrew Rosenberg, the director of the Center for Science and Democracy, Union of Concerned Scientists, said “scientists should be talking not only to other scientists but also to the wider community—saying this is what I do and why I do it.”

Professor Joe Heppert, associate vice chancellor for research and graduate studies at the University of Kansas echoed that sentiment at that time, saying that scientists needed to be better communicators over the next four or five years “about what we do and our role in the formation of the modern economy and in providing opportunities for future generations.”

Similar feelings, now that Trump has been elected president, seem to be prevalent in the scientific community. In a November 9, 2016 article, Rosenberg told Science that “scientists need to stand up and be heard” and “they can’t just hunker down in their labs and say that they won’t get involved because the election didn’t go the way they wanted it to.”

Whatever happens going forward, Lab Manager will continue to provide lab professionals with all the information they need to run their labs as efficiently and effectively as possible.

- With files from Nature, Science, Scientific American, and The Washington Post