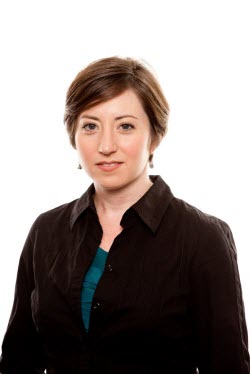 Nina Dudnik, CEO of Seeding Labs.Seeding LabsIt was the basic human desire to help others that led to Seeding Labs' creation, and it’s that same desire that continues to drive the non-profit organization forward.

As a Harvard graduate student in molecular biology, Seeding Labs CEO Nina Dudnik became aware of the disparity of resources depending on where a laboratory is located when she worked at a research lab in the Ivory Coast in 2001.

“Once I came back to the U.S., I carried with me the desire to do something about that [disparity],” she said. “It wasn’t necessarily clear to me how I could help, just the incredible motivation that I wanted to help somehow.”

The actual concept for Seeding Labs came from discussions between Dudnik and two of her fellow grad students at the time who were in the same program at Harvard and had had similar experiences working abroad in labs where great scientists did not have the equipment they needed to do their research.

“Together we were talking about ways we could make a difference and collectively came to this idea that there was a lot of surplus equipment available to us [in the U.S.] that we could potentially do something useful with,” Dudnik said. “Once we had that inspiration, actually putting it into action was very straightforward.”

Now in its seventh official year as a non-profit organization, Seeding Labs has assisted labs in 23 countries around the world with shipments of donated lab equipment. The organization also received a $3 million investment from the U.S. Agency for International Development this year which has allowed them to expand their staff and infrastructure to help even more scientists. Building partnerships so that scientists in developing countries have access to training and collaboration opportunities is also a big part of the group’s mission.

Back when Seeding Labs was just getting started, Dudnik said focusing on the end goal of helping those talented scientists get the equipment they needed got the group past the initial challenges.

“Perhaps it was one of those instances of you don’t stop to think of doing it, you just do it,” she explained. “That allows you to not get hung up and worried about what the obstacles may be, because you just go forth and do it.”

Those obstacles included getting used to the logistics side of things and the fact that while the Seeding Labs model of donating surplus items to those in need was not new, having been used for organizations such as food banks and hospitals, it was new for science equipment.

“There are definitely aspects of it that make this very complicated, working with scientific equipment,” she said. “Depending on what you are working on as a scientist, the equipment that you need is very different. We work very, very hard to custom-build every single shipment … to meet the needs of the scientists that we’re sending it to.”

And, being trained as scientists, the initial Seeding Labs staff wasn’t familiar with the logistics of actually shipping equipment globally on a much smaller budget than most other companies. Luckily, there was no shortage of people willing to help.

“We’ve really relied on the advice of others in the [business] community and the science community, in the device-manufacturing community who obviously do a lot of international business and shipping of equipment, and from people in the shipping industry,” Dudnik said. “We’ve really tried to make this a much broader community effort, not just us working alone.”

She added that most people in the sciences get into the field to help others through their research, and having an extra way to help, through assisting their colleagues in other countries, has been very appealing to many of their partner organizations and others who have come on board.

“It’s not always easy,” she said. “It’s a new way of doing business [and] a new way of dealing with our surplus resources and that can be hard to develop new processes and things like that. We’ve seen a lot of excitement from people [when they see] a way to use their resources that they hadn’t thought of before.”

While Dudnik says she has gained many insights from starting a non-profit, she says simply finding the courage to reach out to others for help has been the most important lesson she’s learned.

“Science is fundamentally about doing things that no one else has done before, but within a framework that is very tried and tested,” she explained. “Coming from that background and starting a company was a very, very different direction to go in. It was a good lesson in finding mentors and advisors and reaching out to people to get help and doing something that I had never done before and having the courage to do really untested things without the benefit of that large, institutional safety net.”

As for the key management skill she’s learned from leading Seeding Labs, Dudnik says reminding staff to form an emotional connection to the scientists they are trying to help has been the main way she motivates her team.

“It’s been very important to me to make sure that everyone who works at Seeding Labs feels really connected to that and that that drives everything we do and the decisions we make organizationally,” she said.

Past, present, and future success A 40-foot shipping container of lab equipment arrives at a university campus in Kenya.Seeding LabsMaking those human connections with fellow scientists is one of the things Dudnik said she enjoys most about the work when she visits the universities Seeding Labs has assisted.

“I love especially meeting not just the faculty and staff, but [meeting] the students has been just the most rewarding thing, to see the next generation of up-and-coming scientists all over the world,” she said. “And to be able to introduce scientists from the U.S. to their colleagues in other parts of the world has just been phenomenal.”

One vivid memory that stands out for her over the course of Seeding Labs’ history is when the non-profit sent its first large shipment to a university in Kenya and she had the opportunity to be there when the 40-foot container arrived on campus.

One of Nina Dudnik's most vivid memories over the course of Seeding Labs' history was being on-site when a shipment of much-needed lab equipment arrived at a university campus in Kenya.Seeding Labs“They threw this unbelievable celebration,” Dudnik said. “Students were there in force and they were all decked out in their lab coats and the university band was there. It was televised on the evening news that night and it was just such an incredible celebration and really spoke to how eager everyone was to be doing their work and for the students to be getting this hands-on education in science.”

Currently, the Ebola crisis in West Africa has fueled the desire to help even more, though Dudnik says hearing stories from their West African colleagues has been difficult for the Seeding Labs team.

“It just underscores how important this is and how needed it is,” she said. “It’s hard to hear the stories from our colleagues overseas, but it’s also incredibly heartening to hear from them because they themselves are so talented and well-trained and so motivated to solve the problems that their own communities are facing. It really drives our commitment to doing this work and to do it better and reach more scientists around the world.”

Seeding Labs’ success also recently led to Dudnik being named one of the recipients of the 2014 John F. Kennedy New Frontier Award, given each year to two young Americans, “whose contributions in elective office, community service or advocacy serve as a model for modern public service in the spirit of John F. Kennedy,” according to the award’s website.

“It’s an incredible honor,” she said of being named a recipient. “This is the first time that they’ve given this award to someone working in science and I think that is just such a testament to the work of the scientists that we’re helping, growing recognition of how important science is–that access to science and the fruits of science is a fundamental human right and that this is an incredibly important aspect of social and economic development. It’s really encouraging and very exciting to me to have, not just Seeding Labs’ work recognized, but the work of all of the scientists that we are working to serve around the world.”

For the future, Dudnik says Seeding Labs’ main goal is to equip 45,000 scientists by the end of 2016, three times the number of scientists they’ve helped so far. And the group would also like to bring back their exchange program, which brought scientists from other countries to the U.S. to meet their colleagues.

“We feel that equipment is critical to helping scientists around the world be on an equal footing with their colleagues everywhere so that once they have that equipment, they can now collaborate with scientists from anywhere in the world,” Dudnik said. “They’re working on really interesting problems that their home communities are facing that have a real social impact. We would really love to do more of that work in connecting scientists with each other to work together in lots of different ways.”

The biggest challenge in meeting those goals is the sheer number of labs that need equipment, requiring Seeding Labs to continue to expand its network, Dudnik said. She explained that the need for equipment for educational purposes is especially high, as the student population in developing countries continues to grow. Over the past two years, Seeding Labs has received 147 applications from 40 different countries for help.

“We’ve developed this application process to identify really strong scientists at very, very strong and motivated universities,” Dudnik explained. “We are very, very careful, both about selecting and vetting great scientists to send this equipment to. We’re very careful about the quality of the equipment that we send.”

She added they also stay in touch with the groups they assist for a long time, building those human connections, which they hope will eventually lead to new discoveries that will benefit even more people all over the world. For example, they had a recent visit from an Argentinian scientist who was part of one of the first labs that Seeding Labs ever sent equipment to about ten years ago, when Seeding Labs was still a university volunteer group.

“With these relationships, we’re really trying to build a network of scientists around the world and also to make sure that in the long term, this equipment has a very productive and useful life so that we can always stay up to date on the progress that’s being made because of this equipment,” Dudnik said.