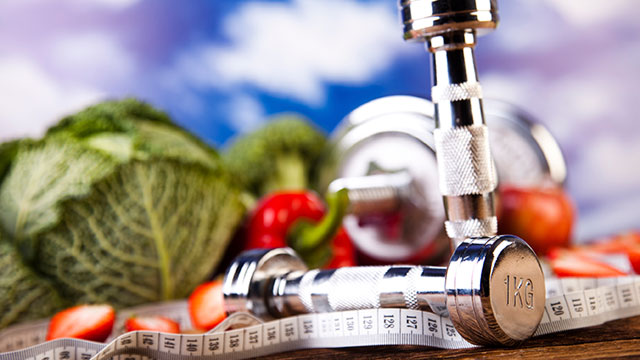 Eating healthier, exercising more, and losing weight are some of the most common New Year’s resolutions. However, many of us struggle to meet such health-based goals. Luckily, science can help!

For those with fitness-based resolutions who use smartphone-based fitness trackers, a new method developed by Northwestern Medicine and Northwestern Rehabilitation Institute of Chicago (RIC) researchers may help them avoid cheating. The researchers have figured out a way to train such fitness trackers to know the difference between real and fake physical activity. For example, the tracker would know if you’re actually going for a jog, or just sitting around shaking your smartphone.

If eating healthier is your goal this year, but you just can’t seem to avoid those sugary snacks, a recent discovery by scientists at the University of Montreal Hospital Research Centre might help you out. They found an enzyme, called glycerol 3-phosphate phosphatase, that can stop the nasty effects of sugar on various organs in the human body. While that could lead to guilt-free sweet treats, it’ll more likely mean new treatments for obesity and type 2 diabetes.

Also fitting within the “eat healthier” category, an Ohio State University (OSU) study recently showed that preschoolers who eat their veggies are just as likely to eat junk food.

“We assumed that children who ate a lot of healthy foods would also be children who did not eat a lot of unhealthy foods,” said Sarah Anderson, associate professor of epidemiology at OSU, in a recent press release. “I just thought that was the way the world was and it turned out not to be the case.”

Many parents likely also have the same assumptions, so this knowledge could help for those who hope to get their families eating healthier in the New Year. The group’s study could also help improve wider efforts to reduce childhood obesity rates, which often focus on eating healthier foods, but don’t usually include a conversation about avoiding “bad” foods, the researchers said.

While improving diets and exercising more are key areas of focus for those who make New Year’s resolutions, bettering social relationships is also a top goal for many. A University of North Carolina at Chapel Hill study released in early January shows that achieving that goal is just as important as exercising and healthier eating are to overall health. The team found that the size of a person’s social network was important for health both in early and late adulthood.

The study claims to be the first to definitively link social relations with concrete measures of physical wellbeing such as high blood pressure, inflammation, and abdominal obesity, which can eventually result in long-term health issues including cancer, stroke, and heart disease, a University of North Carolina at Chapel Hill press release stated.

For example, researchers learned that during the teen years, “social isolation increased risk of inflammation by the same amount as physical inactivity while social integration protected against abdominal obesity. In old age, social isolation was actually more harmful to health than diabetes on developing and controlling hypertension.”

“Based on these findings, it should be as important to encourage adolescents and young adults to build broad social relationships and social skills for interacting with others as it is to eat healthy and be physically active,” said Kathleen Mullan Harris, James Haar Distinguished Professor at UNC-Chapel Hill and faculty fellow at the Carolina Population Center (CPC).

Being in Nature: Good for Mind, Body, and Nutrition

Being in Nature: Good for Mind, Body, and Nutrition

Got Food Cravings? What’s Living in Your Gut May Be Responsible

Got Food Cravings? What’s Living in Your Gut May Be Responsible