Problem: Accurate, high resolution mass spectrometry has grown ever more important in qualitative and quantitative analyses. Extreme systems such as Fourier Transform instruments (FTICR; FTMS) and magnetic sector instruments have addressed a substantial part of the need over recent decades. These platforms provide high quality data but are limited by size, speed, and expense, among other attributes. Time-of-Flight mass spectrometry has made substantial advances towards providing a useful and effective alternative to FTMS and magnetic sectors, but has been left with its own size limitations. Time-of-Flight also provides a traditionally robust system with ease of operation and fast acquisition speeds over a continuum of data. Using traditional paradigms and the principle that resolution is proportional to flight time, systems would require a flight tube of extreme length to approach the resolving power of sectors and FTMS systems. The problem is: How are high performance, mass accuracy, and resolving power achieved in a manner conducive to the benefits of Time-of-Flight MS without significant increases to the physical size of the system and in a form that permits access to all of the benefits without compromise?

Solution: The answer to the question is to introduce a novel flight path by which the size of the system is not extended proportional to its enhanced performance, but in which ion optics permit the creation of a hyperextended flight path. This is successfully achieved using Folded Flight Path (FFPTM) technology. This innovative approach has been implemented in the LECO Citius LC-HRT and Pegasus GC-HRT ultra-high performance systems. FFP technology permits extended flight paths that lead to increased resolving power. Ions are generated and then passed between parallel sets of electrostatic mirrors that refocus the ions, minimizing energy-based dispersion. As the ions traverse between the mirrors they are focused in two dimensions (perpendicular to travel), which leads to higher retention of the ions and improved sensitivity as well as unprecedented resolving power. In theory, the number of “bounces” the ions achieve is limitless, but three modes utilizing 2, 32 and 64 bounces covering 1, 20 and 40m distances, have been selected to provide resolving powers of 2500, 50,000 and 100,000 in the Citius LC-HRT. The substantial resolving power permits definition of isotopic fine structure between, for example, 34S and 13C2 contributions. The GC implementation of FFP, the Pegasus GC-HRT, provides for resolving powers of 1000, 25,000 and 50,000 with the difference from the LC platform attributable to modification in ion optics. In both GC and LC presentations FFP™, in combination with the LECO KADAS acquisition system, permits mass accuracies of better than 1 ppm in combination with acquisition rates of 200 spectra/second. All of these attributes provide for highintegrity signal processing to generate accurate isotope ratios, which facilitate formula determination and unknown identification. Each of the attributes is available without compromise to one another such that one can acquire 200 spectra/sec with < 1ppm mass accuracy with 100,000 resolving power. The mass range for the Pegasus HRT and Citius HRT platforms are 10-1500 and 50-2500, respectively. This is an innovative and effective approach to achieving high performance TOF-MS. 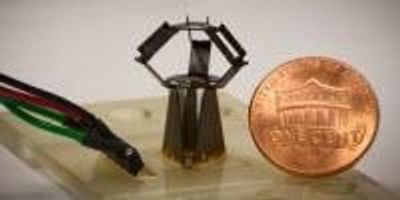