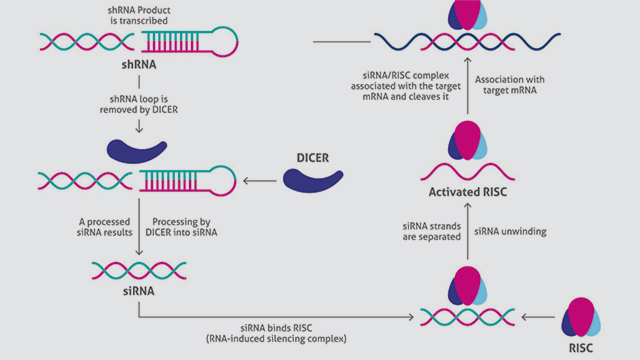 Problem: With so many irreproducible results using antibodies across science, it is crucial to validate antibodies to ensure that they work for the lab’s application. The most common is to use a known cell line or tissue that expresses this protein and test whether there is a positive result in the Western blot, immunohistochemistry, etc.

However, in this approach, a non-specific antibody can slip in through a blind spot in the validation protocol that includes positive controls but not negative ones. This antibody can bind off-target to proteins close enough to the molecular weight of its intended target that the error can go detected.

Solution: Manufacturers are ramping up their validation procedures to avoid these scenarios. One of the best methods is genetic manipulation using siRNA knockdown of the target gene. This method is a great companion to positive controls, providing a negative control to further assay the reagent’s specificity. Nonspecific antibodies are revealed when the amount of bound antibody remains constant even when the target protein’s abundance has been significantly diminished. Despite the crucial information that this method can provide, siRNA knockdown and other methods of genetic manipulation have been historically neglected in the validation process.

Although researchers are encouraged to include negative controls in antibody validation, the knockdown process is intricate and time-consuming. Thus, Proteintech offers antibodies that have already been validated with siRNA knockdown. Still, every scientist who works with antibodies should know the knockdown strategy in order to shop scientifically and replicate the experiments in his or her own lab if needed.

A knockdown experiment has three conditions: 1) siRNA targets the gene of interest, 2) a “scramble” siRNA serves as a negative control for nonspecific changes in gene expression and 3) a non-transfected control. A second siRNA can also be used to test against another region of the mRNA to strengthen the experiment, and fluorescent labeling of the siRNA visualizes the knockdown effect.

A vector is designed and engineered based on the target mRNA, and a suitable transfection method is used to introduce the strand into cells. For optimal results, cell density is around 70 percent at the time of transfection. Culture conditions are kept constant throughout. If transfection is successful (Figure 1):

4. The antisense RNA strand then guides RISC to complementary sites, fragmenting mRNA, resulting in diminished production of the associated protein.

Titration of siRNA transfection may be necessary to optimize knockdown, which can be monitored at the genetic level using qPCR. A successful knockdown experiment efficiently downregulates target mRNA translation and diminishes its signal in the Western blot in condition 1) above. Crucially, the band should still be present in the controls [conditions 2) and 3)]. If this is the case, then the antibody is likely specific for the target and you are ready to push the boundaries of scientific knowledge.