Electrostatic charges pose serious challenges for accurate analytical weighing. These forces produce inaccurate absolute weights and create drift, resulting in poor repeatability. This has significant implications for industrial processes and production, as well materials analysis. Electrostatic charges can also damage electronic equipment and components, and spark discharges can ignite flammable substances in the surrounding workspace, putting laboratory personnel at risk. There are multiple techniques and devices that can be used to eliminate electrostatic charges during analytical weighing, however many are cumbersome, and suited only to specific applications. Analytical balances with integrated charge neutralizing technology are an effective, space-saving solution to ensure the accuracy of a wide range of analytical weighing applications.

The Physics of the Problem

Electrostatic charges develop during weighing applications due to friction that occurs within the sample, or between the sample and the container or tare vessel. This often occurs with substances that have low conductivity, including plastic, glass, and powders. For example, transferring liquids and powders between containers creates internal friction and imparts a charge on the materials, making it difficult to weigh them accurately. This problem is exacerbated by certain environmental conditions, particularly low humidity. 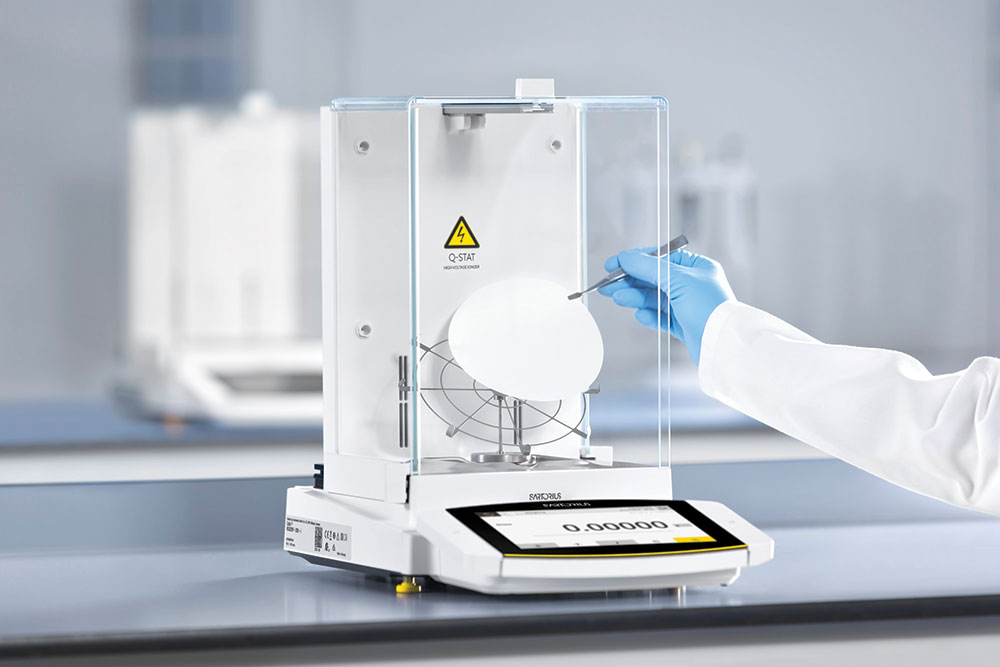 Electrostatic charges influence the weighing process and contribute to inaccurate results. During weighing, electrical charges that have built up on the material being measured interact with the fixed parts of the balance that are not conductively connected to the weighing pan, such as the draft shield or the balance base plate, creating electrostatic force.

These forces can produce false absolute weights. When the sample weighing container and the environment carry the same negative charge, the repulsive force will weigh down on the balance, producing a heavier weight reading. Alternatively, when the weighing container and environment have opposite charges, the attractive forces will produce a lighter weight reading. This can cause the displayed value for a given load to deviate immensely from the actual value—compromising data quality and potentially contributing to failed experiments.

Electrostatic charges may also contribute to drift and poor repeatability. Built up charges dissipate via the weighing pan, therefore the force is not constant over time and measurements begin to drift, creating inconsistencies and reducing repeatability.

Multiple strategies and devices have been devised to address the challenge posed by electrostatic charges during analytical weighing. Ionizers and anti-static pens effectively reduce electrostatic charges on vessels and samples based on the principle of ion bombardment. However, these devices require additional laboratory bench space.

Some applications benefit from increasing the shielding effect of the weighing pan, by using a pan with a larger diameter. Other applications, such as weighing filters, benefit from Faraday cages, which are essentially grounded metal shields. Specific filter weighing balances are often used in environmental and automotive industries to quantify particulate matter in emissions. 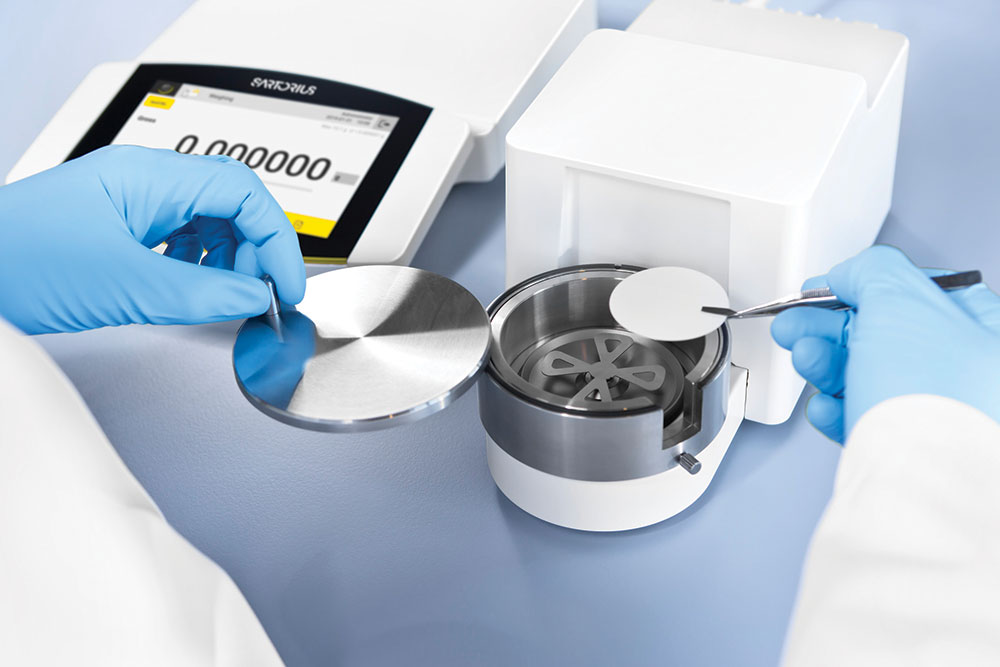 The Q-stat ionizer is integrated directly into the balance’s draft shield, and can eliminate charges in seconds with the press of a button. Four ion blower nozzles are positioned in the rear wall of the balance, and create corona discharge to ionize the surrounding air, creating a region of plasma around the electrode. The nozzles have opposing polarities to create a focusing effect in the area of the weighing pan to effectively neutralize charges on the samples and containers without disturbing airflows. As such, it enables users to easily weigh light powdery substances with ease.

The Cubis® II draft shield also features a transparent conductive coating to protect against electrostatic field in the area surrounding the balance. This offers added protection against electrostatic charges that derive from the user. With options for Faraday cages and filter pans ranging from 50 to 150 mm, the modular Cubis® II offers flexibility to support multiple weighing applications.