With the Cell Bio Virtual 2021 meeting coming up in December, we explore some of the latest developments in cell biology technologies and applications, and how these advances may impact the field moving forward.

Many recent technological advances in cell biology have centered on microfluidics, where relatively minor improvements to technology have outsized impacts. With increased focus on single-cell imaging and sequencing and the effect of microenvironments on phenotypes, microfluidic devices have become an important precision tool in multiple fields of biology. Modern devices allow for full experimental workflow automation in creating and manipulating hundreds to thousands of picoliter-sized droplets or wells at a time. The large datasets made possible by this high-throughput technology will be particularly important in building the robustness of artificial intelligence (AI) approaches to cell biology.

A noteworthy microfluidics product comes from Beckman Coulter Life Sciences, which launched its new BioLector XT Microbioreactor this past summer. The system builds on its predecessor with automation and fully customizable protocols, as well as an airtight gas chamber paired with microfluidics that can facilitate zero to 100 percent oxygen for cultivation of both aerobes and anaerobes. Like its predecessor, it provides real-time data feeds of biomass, pH, dissolved oxygen, and fluorescence from the reactor, allowing for rapid bioprocess development with microbial, fungal, and algal cultivations.

In the synthetic biology space, researchers from the University of Pennsylvania and their colleagues recently published a paper in Nature Chemical Biology on their development of “designer membraneless organelles” for better, more flexible control over many cellular processes “through sequestration and insulation of native proteins.” In similar work, scientists from the Institute of Molecular Biology at Johannes Gutenberg University Mainz created membraneless “film-like organelles” to allow synthesis of proteins with non-canonical amino acids to develop engineered proteins/enzymes. Another advance worth mentioning comes from researchers at New York University and their colleagues, recently published in Nature, who created cell mimics that can actually participate in active transport.

Further progress in AI tools is also continuing to make an impact in cell biology. As an example, life science company Deepcell, which was spun out of Stanford University, recently passed one billion images in its Cell Morphology Atlas. The development of the atlas is part of the company’s goal to improve AI models for cell characterization and isolation to help find patterns humans can’t see. Improving the sizes of these databases will be useful in identifying cell types by morphology.

“Deepcell’s Cell Morphology Atlas is part of a continued effort to create a repository of knowledge with the goal of advancing the field of cell biology,” said Maddison Masaeli, CEO of Deepcell, in a press release. “Reaching the one billion cell images mark is just the beginning of our work to apply our unique AI-powered technology to a wide variety of samples at scale. We intend to continue building the world’s largest cell morphology atlas as an ongoing effort.” Eventually, AI-inspired pattern recognition may even discover new cell types.

Several other companies have similar tools in development, so it will be interesting to see how these efforts progress collectively and if there will be any open-source versions developed.

While live cell imaging is not a new technology, there are continuous improvements in this area that have the potential to make a big impact. CytoSMART Technologies, for example, recently launched two new fluorescence live cell imaging systems—the Lux3 FL Duo Kit and the Multi Lux3 FL—that allow researchers to run up to four experiments at the same time for days or weeks.

Other current advances in products center on automation, helping to reduce physical handling of cell cultures in the lab and, in turn, the potential for contamination and/or inconsistent results. For example, Olympus won a bronze in the Cellular Research & Disease Prevention category of the 2021 Edison Awards for its Provi™ CM20 incubation monitoring system that automates the cell culture workflow. Rather than lab workers needing to check their cells every two to three days, the Olympus system remotely scans the cells in the culture vessels placed on top of the device. The system will provide all the information researchers need in a faster, more accurate fashion.

There have also been many recent interesting applications of cell biology. While some scientists may not think of bacteria being the focus of a cell biology study, in a study published in Science in August, researchers from the California Institute of Technology used a cell biology approach to explore biofilms. The scientists created a new imaging method called parallel sequential fluorescence in situ hybridization (par-seqFISH) to study Pseudomonas aeruginosa, allowing the capture of “gene expression profiles of individual bacteria while also preserving their physical context within spatially structured environments.” This technique could be applied to multicellular organisms to determine not only expression of multiple targets at the cellular level, but within the structured context of a tissue. 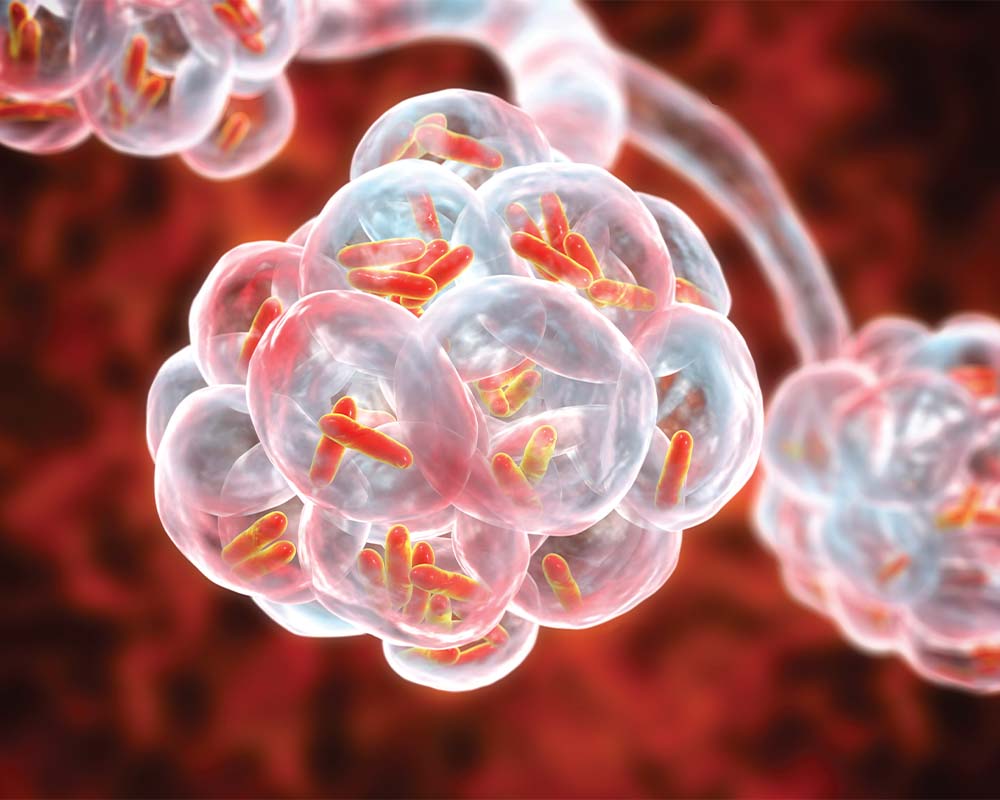 While not entirely novel, in a paper published in July in The European Physical Journal Plus, researchers based in Russia discuss a new method for studying blood flow in the brain. Their “label-free method of capillary blood flow analysis” aims to overcome the challenges of traditional label-free methods by “detecting and counting each single red blood cell in order to build a very detailed map of the vasculature.” The researchers state in their abstract that the new method allows them to “make label-free blood flow velocity measurements in the smallest capillaries.”

Of interest to those in cell biology education and outreach, scientific visualization researcher and artist Gael McGill and colleague Evan Ingersoll recently shared an exciting example of how art and science can combine to provide an engaging, beautiful picture of the complexity of cells. McGill created a 3D rendering of a eukaryotic cell for antibody company Cell Signaling Technology, Inc., using cryo-electron microscopy, nuclear magnetic resonance, and X-ray datasets to show the myriad processes that go on in cells in a visually stunning format. Interactive versions of parts of the image provide helpful labels for various cell components and processes. The image gained popularity on social media, demonstrating clear potential as a tool for researchers to more effectively communicate their work to a wider audience. As always, researchers should consider how best to embed important contextual information with imagery in social media posts to reduce misinterpretation.

Discussing how technologies are likely to advance in the cell biology space going forward, live cell imaging is one area that is always progressing and will likely continue to see key advancements in the years ahead. This technology is also experiencing healthy growth—a recent report by Valuates Reports states that the global live cell imaging market is expected to grow at a compound annual growth rate (CAGR) of 8.9 percent by 2027, with demand in the drug discovery sector driving growth in North America.

In particular, developments in super-resolution imaging show a lot of promise for enabling ground-breaking research going forward. DNA-PAINT for super-resolution imaging has been around for a few years, but recent advances could allow multiplexing and improve the speed and binding of targets. In another recent development in super-resolution imaging, researchers developed visually clear supports for cells being imaged to help solve the challenges of observing the behavior of cells on “vertically aligned nanostructures.” Researchers also demonstrated imaging extracellular vesicles in vivo so these structures don’t need to be extracted, aiming to better understand extracellular vesicle biology and explore potential therapeutic applications.

“Cell biology-related technology made up the largest revenue share of the global life science tools market in 2020.”

On a larger scale, cell biology is continuing to influence many areas of the life sciences industry, according to a report by Research and Markets. The report states that cell biology-related technology made up the largest revenue share of the global life science tools market in 2020 and is expected to “maintain its dominance” through to 2028.

In particular, cell culture systems and 3D cell culture products generated the most revenue of all life sciences products in 2020, driven in large part by their use in COVID-19 testing and research, according to the report, so further growth and investments in these products through 2021 and beyond is likely. That strong performance shows just how important cell biology is to advances in treatment, prevention, and basic understanding of not only the SARS-CoV-2 virus that causes COVID-19, but of other future novel viruses as well.

Public interest and funding in the field is not expected to wane any time soon. With such a powerful position in the life science industry assured for the next several years, researchers can likely expect more leaps forward in cell biology technology and applications in the near future.