As Canadian scholar Marshall McLuhan famously noted, “The medium is the message.” So it is with cell culture, where media and feed or supplementation strategies have been responsible for more improvement in cell productivity and performance than any other factors. Since cells receive all their nutrition from the medium, optimizing this critical factor is a top priority for both end-users and media vendors.

Through its Gibco business unit, Invitrogen specializes in media and supplements for cell culture-supporting pharmaceuticals, cell therapy, and research. Gibco’s Mark Bonyhadi explains that most cell culture labs acquire information on media from published protocols based on their particular cell line. All significant media vendors maintain an extensive library on media applications, as well as ingredient traceability and quality data.

For years, cell culture media relied on animal derived components like bovine serum to supply the “magic dust” that kept cells viable and productive. Manufacturers of biological drugs have abandoned serum-based media for new processes, and have transferred older products to serum-free media. Serum is a source of variability because it is chemically undefined. More important, regulators are concerned about the possible transmission of infectious prions from animal sources to human patients. 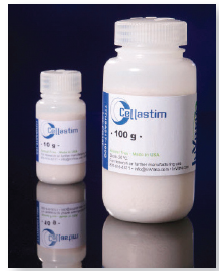 One step up the value chain from serum-free media are chemically defined media, where every ingredient—as many as 100—is specified. Chemically defined media are the ultimate in consistency, providing reproducibility from culture to culture. Unfortunately, as one moves from serum-based to animal component-free to defined media it becomes more difficult to establish and expand a cell line and, in the case of recombinant proteins, to produce sufficient quantities to be economically viable.

Many labs use serum-free media for protein expressing cells, even for research-only products. Problems with serum go beyond inconsistency and potential infectivity, observes Steve Pettit, Ph.D., who directs cell culture development at Invitria (Fort Collins, CO). “Serum increases the purification burden because it contains so many high-abundance proteins of its own. Plus serum can mask the activity of a recombinant serum protein.”

First-generation serum-free media underperformed, says Pettit, “but some of the newer media outperform serum.” Invitria specializes in purified, recombinant serum components to help replicate the activity of serum in media, but as a defined component without the risks of animal component-derived ingredients. Two of the company’s best sellers are recombinant albumin and transferrin. Albumin is a general-purpose nutrient for cell cultures, providing lipids and antioxidant activity, delivering metals required to maintain proper protein folding, and blunting the activity of cell toxins. Transferrin helps transport oxygen to cells in a biologically regulated manner. Serum-free media lacking this protein require the addition of iron compounds.

Standard off-the-shelf media and supplementation suffice for most basic biological research. “Ninety percent of basic researchers, especially in academia, go with standard media and protocols,” Bonyhadi explains. On the other hand, labs involved in the culture of cells that will eventually produce therapeutic proteins will often experiment with culture conditions, including media and feed, to optimize their process. Parallel microbioreactors are one approach to media optimization; some labs employ microtiter plate-based methods that are short on parameter control but high on parallelism. To the extent they are employed, media/ feed optimization, as well as cell line engineering, occurs very early in development. Stem cell work always involves some type of optimization of media and supplementation with new cell types; afterward, labs will follow time-tested protocols. 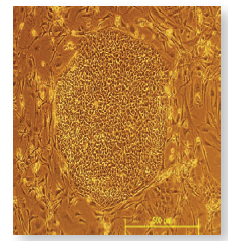 Depending on their origin and ultimate use, media and feed requirements for industrially relevant cell lines can differ significantly. Over the past decade media/ feed have been responsible for most of the growth and productivity enhancements of cells used to produce biological medicines. Arriving at the ultimate optimized media/feed strategy can take months and consume large volumes of materials. The modern approach involves testing many media/feed combinations in parallel in small bioreactors or even smaller plastic culture ware. This approach is known as “design of experiment” (DOE).

Tom Fletcher, who directs cell culture R&D at Irvine Scientific (Santa Ana, CA), believes media optimization could be even more widely adopted, especially for new cell lines. “If you have choices, a quick evaluation  of several media in parallel is worth the time. Many labs settle on the least expensive choice, thinking they’re the same from all vendors, but differences in performance can be significant, even when media contain the same basic standard ingredients.”

Standardizing cell culture media has become a huge issue among development scientists in industry. The idea is catching on in nonprofit and academic centersas well. “Labs that screen cells for drug development are becoming more methodical about their processes,” says Bonyhadi. “They look closely at components that make cell cultures more stable and reproducible.”

“Cell culture media may contain up to a hundred different components,” notes GE’s Bernd Reichl. Each component contributes to a cell line’s performance or productivity. “Taking a close look at the materials used during development can make scaling up much easier.”

Specifying cell culture media for quality and consistency is just as important, if not more so, than careful selection of equipment. Reichl suggests conducting the usual vetting of ingredient and media suppliers, but simultaneously keeping the number of qualified vendors as low as possible. This helps ensure consistency from the earliest development stages through scaleup. “Look for suppliers who can cover large areas of your workflow or, better yet, who can supply an entire platform or process.” 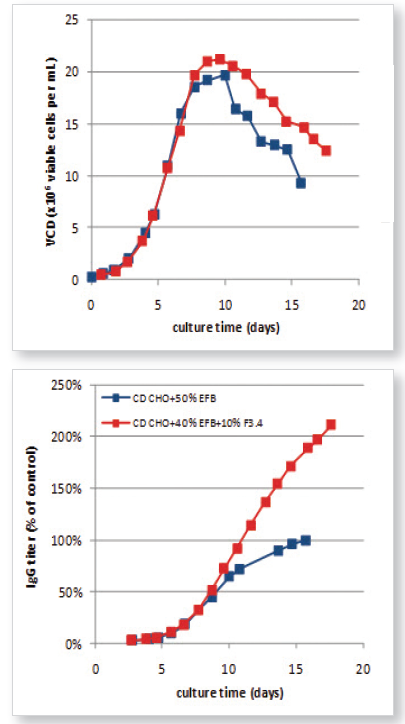