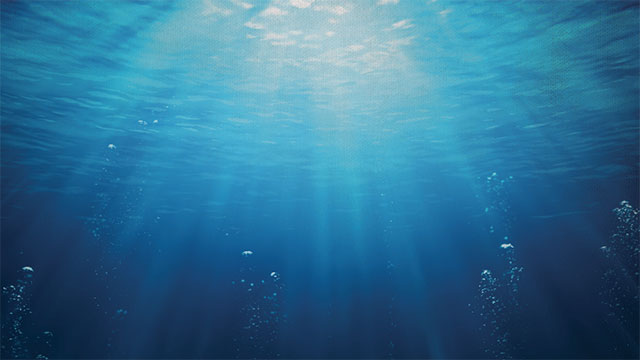 In science, the idea of “extreme environments” covers a broad range of harsh physical conditions that complicate the process of making measurements. Some of those conditions exist on Earth, and some are created in labs. One of the latter exists in the world’s strongest magnet, which is the 45-tesla system at the National High Magnetic Field Laboratory (NHMFL; Tallahassee, FL). This magnet is often used to study the quantum mechanical properties of a variety of materials such as superconductors and graphene. “High magnetic fields give scientists a thermodynamic parameter—magnetic field— with an infinitely tunable control knob that allows them to tune the spin, orbital, and correlation energy scales of the electrons in the material, thus allowing access to new quantum mechanical phases,” says Tim Murphy, director of the DC field facility at the NHMFL.

To study quantum mechanical states, Murphy and his colleagues need to create, among other things, a very low-temperature environment of about 30 milliKelvin— close to absolute zero. Maintaining that temperature depends on measurement methods that require very little power. For example, to measure a material’s resistance, the scientists use an excitation current of a few nanoamps, which produces a signal of a few microvolts. Making that even more difficult, this measurement takes place 20 millimeters from a coil of the magnet that is carrying 37,000 amps at 500 volts, not to mention cooling water—10 degrees Celsius at 500 pounds per square inch (psi)—flowing through the magnet at 4,000 gallons per minute. “The challenge in a nutshell,” Murphy says, “is we have to be able to hear a whisper in the front row of a rock concert.”

Murphy and his colleagues aren’t stopping with research on materials. They are working on a 36-tesla magnet for nuclear magnetic resonance (NMR) studies of chemical and biological samples. He points out that this “magnet allows scientists using NMR to access a much larger portion of the periodic table than has ever been possible.”

In nature, water creates one of the trickiest places for making measurements with electronic devices. At Florida International University Applied Research Center (Miami), research scientist Yew Teck Tan and his colleagues develop systems for environmental sensing and monitoring in coastal waters. In these circumstances, says Tan, “the main challenges are the safety of the operators and scientists and the logistics of deploying and retrieving sensors and robotic systems.”

When asked about the center’s latest advance, Tan points out the deployment of heterogeneous robotic systems, including an autonomous underwater vehicle (AUV), an unmanned surface vehicle (USV), and an unmanned aerial vehicle (UAV). “The AUV was sent for collecting data underwater, the USV collected data on the subsurface region as well as providing a communications relay from the operator on the shoreside, and the UAV took aerial pictures of the survey area and performed sparse point-based sampling on the water surface,” Tan explains.

In some other environments, communication disappears almost entirely.

When asked what an extreme environment means for his work, Paul McGill, an electrical engineer at the Monterey Bay Aquarium Research Institute (MBARI; Moss Landing, CA), says, "The bottom of the ocean.” That’s a cold, high-pressure, saltwater environment.

The institute’s remotely operated vehicle (ROV) goes to 4,000 meters below the surface, where the pressure approaches 6,000 psi. That’s a bit more than the weight of a Chevy Suburban applied to an area about the size of a postage stamp—and then you cover the ROV with stamps, each with a Suburban pressing down on it.

The temperature is also tricky, but mostly because of range. At 4,000 meters below the surface, it’s about 2 degrees Celsius. The water gets below 0 degrees Celsius without freezing only in the Arctic or Antarctic, but even then it’s not much below 0. The real extremes take place on the deck of the ship that transports the instruments. “On a sunny day in California, the deck can get up to 40 degrees Celsius and then drop well below freezing if the boat sails to the Arctic,” McGill says. “So, we have to cover that range.”

In facing these varied conditions, McGill and his colleagues tend to a fleet of vehicles and equipment, including autonomous vehicles, ROVs, and moored platforms that are anchored to the bottom and float, plus time-lapse cameras and more. To do the job of making the best measurements in the right spots, it takes teamwork. “The whole point of MBARI,” McGill explains, “is scientists and engineers working together to figure out what needs to be built and how data will be analyzed.”

To develop instruments that accurately measure the desired parameters, survive deployment to the testing site, and work where intended, MBARI engineers and scientists try to re-create the conditions in the lab, but they can do it only one at a time. The team can put an instrument in saltwater to see whether that causes any electrical problems. They also use an oil-filled system that can generate pressure up to 10,000 psi to check the strength of a housing and the integrity of its seals. A cold room is used to put a device in a 2-degree environment to make sure that the electronics and batteries function properly. “It’s all just one extreme at a time,” McGill explains. “That is necessary but not sufficient.” To ensure that an instrument will work in saltwater, high pressure and cold are applied at the same time; “that requires field testing,” McGill says.

In the past, field-testing an instrument at the bottom of the ocean meant attaching a weight to it and throwing it over the rail of a ship. Later, an acoustic signal released the instrument from the weight, and the researchers would try to locate the device when it floated to the surface. “We still do some of that,” McGill says, but now they can send down an ROV to attach a data connection to an instrument for testing, turn valves, or do whatever is needed. “That’s very helpful when developing something new,” McGill points out. Nonetheless, it’s expensive. “The biggest limitation with ROVs is that you can only be there a limited time,” McGill explains, because ship time costs $20,000 to $30,000 a day. 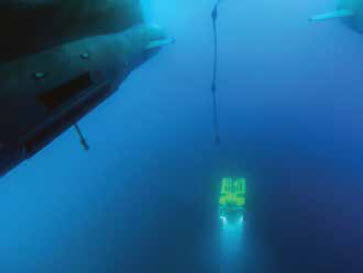 The Monterey Bay Aquarium Research Institute’s remotely operated vehicle Doc Ricketts descending below its host vessel, the Western Flyer, in the clear waters of the Gulf of Mexico.Image © 2015 MBARINow MBARI’s Monterey Accelerated Research System (MARS) has an observatory 900 meters under the ocean’s surface. A 52-kilometer cable carries power and data to a science node on the seafloor in Monterey Bay. An instrument can be taken down to the observatory, plugged in, and monitored and controlled from shore. “We can do this in real time for as long as we want,” McGill says.

Some new devices don’t need any help once they are released. For example, McGill and his colleagues developed a benthic rover that ran on its own for one year and two days. “It broke the world’s record for autonomous, bottom-roving vehicles,” he says. “We were successful largely due to the extensive field-testing we did during the rover’s development.”

Other groups develop unmanned vehicles. For instance, Saildrone (Alameda, CA) makes an unmanned surface vehicle with the same name. The wind and sun power the Saildrone, which is about the size of a Hobie Cat sailboat—23 feet long, 20 feet tall. “It’s definitely big,” says Jessica Cross, oceanographer at the U.S. National Oceanic and Atmospheric Administration’s (NOAA) Pacific Marine Environmental Laboratory (Seattle, WA), where she and her colleagues use a Saildrone. The Saildrone’s size, Cross explains, provides a significant advantage because it “increases its power and payload capacity, meaning that we can send it farther, leave it out longer, and take more sensors with us along the way.”

NOAA partnered with Saildrone through a cooperative research and development agreement (CRADA) to take on some of the challenges of integrating and adapting sensors for use on the platform. “One of the challenges we were concerned with at the beginning was sensor biofouling,” Cross notes. “For example, our team has been working in the Bering Sea.” The productivity of this area—from phytoplankton blooms and commercial fisheries to expanding populations of jellyfish—creates conditions that can reduce the performance of sensors. “With a few simple adaptations and the Saildrone’s speed, biofouling has been a surprisingly small concern for us,” Cross explains. “We’ve been very successful so far in developing both passive and active acoustic sensing capabilities, which have never before been adapted for autonomous vehicles, and we are starting to branch into even more sensitive instrumentation that measures gas fluxes and ocean currents.” Those sensors expect a stable environment, so the scientists must account for the effects on the data of wave action caused by the Saildrone’s natural motion.

The Saildrone provides many benefits, including the ability to be launched from shore rather than from a ship. “This means that we can freely schedule launches as they are needed,” Cross explains. “That’s not flexibility we generally have with research vessels, which are often scheduled more than a year in advance.” That means that scientists can send the Saildrone to places as interest in them arises.

One day, Cross hopes to have “a set of subsurface platforms and instrumentation that is as powerful as the Saildrone.” Nonetheless, she adds, “The scientific and engineering community still has a long way to go with those kinds of efforts, ranging from navigation to power supplies.”