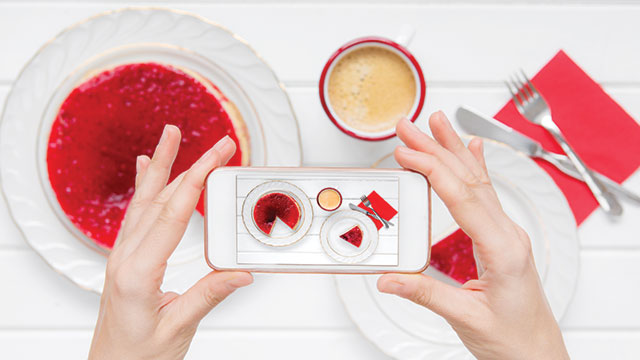 Red is one of the key colors that brings holiday cheer—from candy canes and cookies to Santa’s suit and a crimson cocktail. For foods and beverages, natural ingredients provide some of this reddish color, but much of it comes from synthetic substances. Some of these red dyes pose health concerns, but the story is more complicated than that.

Coloring foods started thousands of years ago, according to scientists from Sichuan University writing in a 2018 issue of the Journal of AOAC International: “In the past decades, a large number of food safety incidents caused by the illegal addition of inedible dyes have occurred all over the world and have received increasing attention as one of the major issues of food safety.”

A food maker can’t throw in just anything to add color, because these additives are regulated by the European Food Safety Authority; Health Canada; Japan’s Ministry of Health, Labour and Welfare; the U.S. Food and Drug Administration (FDA); and others. For red dyes in foods, the FDA’s approved list includes FD&C (Food, Drug, and Cosmetic Act) Nos. 3 and 40. 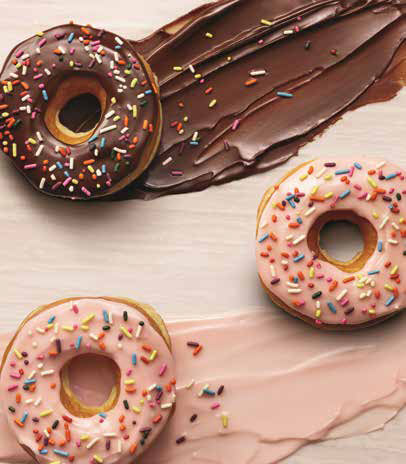 Dunkin’ opts for natural ingredients as much as possible and uses artificial dyes only in very limited circumstances.Image courtesy of Dunkin’ BrandsDifferent countries categorize food dyes in different ways, but with some usual consistencies. “It’s important to understand that ‘red food dyes’ are primarily broken down into two with distinct physicochemical characteristics and different concerns,” explains Nicolas Mottier, lab manager at the State Laboratory for Consumer Protection in Canton Vaud, Switzerland. The two categories of red dyes are illegal and authorized. The illegal ones, such as Sudan dyes I-IV, can be carcinogenic and are thus banned from foods. “Despite this, they are still used fraudulently, as they enhance the appearance of various foods, such as spices, tomato sauces, palm oil, salami, olive oil, etc.,” Mottier says. Although Swiss laws include authorized red dyes, food colors (except Quinoline Yellow in curry and tandoori foods) cannot be added to spices in Switzerland.

Some food makers also make changes in food coloring on their own. Rather than dumping dye into goodies without a thought, some food makers are rethinking the best way to add color, even to the most scrumptious things, like donuts. By January 2018, for example, Dunkin’ had removed artificial dyes from its donuts, except for some limitededition and custom-image ones. This was “part of the brand’s ongoing efforts to offer guests great-tasting, high-quality products and cleaner menu labels,” says Justin Drake, senior manager of public relations at Dunkin’ Brands (Canton, MA). “After years of research and development, Dunkin’ is taking a big step in providing guests with simpler ingredients while still delivering the delicious taste and vivid colors expected from our donuts.” When it comes to keeping the holidays— and other days—a little red, Dunkin’ uses “colors sourced from natural ingredients where possible, such as beet extract,” Drake explains.

In every case, a food maker should consider the safest way to make even a morsel red.

There must be good reasons to invest so many resources into regulating how foods can be colored. Some of the concerns revolve around potential health consequences for consumers. For red dyes, part of the challenge is the variety. “There are many different red food dyes in use,” says Gerlinde Metz, professor of neuroscience at the University of Lethbridge (Alberta, Canada). Red food dyes made from extracts from cochineal insects, for instance, may cause allergies, she notes. In 2014, Metz and her colleagues reported in PLoS One that consuming a combination of artificial food dyes created hyperactivity, but it “subsided following termination of treatment.”

In many cases, the health consequences of food dyes appear only in elevated doses. As an example, Jana Ruda- Kucerova, associate professor of pharmacology at Masaryk University (Brno, Czech Republic), points out that the red dye erythrosine at high doses “is well-documented to have negative health influences, particularly on thyroid function.” But that takes about a thousandfold higher dose than the acceptable daily intake of erythrosine.

Although usual levels of erythrosine are fine, Ruda- Kucerova notes, “a notion of connection between allergies, asthma, or attention deficit hyperactivity disorder in children with consumption of azo dyes in food is still alive.” She adds, “There is only limited clinical evidence evaluating [the] safety of azo dyes in food and their potential health effects.”

The impact of dyes can also go beyond human health. When asked about the main environmental concerns with food dyes, Anthony Dichiara, assistant professor of environmental and forest sciences at the University of Washington, says, “In general, acid dyes are considered less toxic than basic dyes but still can cause eye and skin irritation, blood changes, vomiting, nausea, diarrhea, profuse sweating, mental confusion, and gastritis.” He adds, “In the environment, color dyes can block sunlight and prevent plant photosynthesis, which disrupts the entire aquatic ecosystem.”

The complexity of analyzing dyes in foods depends on many factors. Methods often start with some form of extraction process. This can be done with a solvent, such as ethanol, solid-phase extraction, or another technique. After sample preparation, some form of analysis is used, which could involve electrophoresis, spectroscopy, or another technique. Here are a few specific examples:

Asked about the challenges in testing red food dye, Mottier says, “When it comes to Sudan dyes, there are matrix effects: ion suppression or ion enhancement.” Mottier and his colleagues wanted an end-to-end method—from sample preparation through analysis—that would work with illegal or authorized dyes. “To our best knowledge, this has never been done before,” he explains. “By creating our in-house library grouping more than 100 dyes of all types, we can tackle both issues mentioned above.”

To do that, Mottier’s team collaborated with SCIEX (Framingham, MA). Using time-of-flight mass spectrometry (MS) and SCIEX’s SWATH acquisition method of collecting all the data from a sample, the scientists can screen a sample for targeted and nontargeted dyes. “The flexibility of the software—SCIEX OS—enabled us to create a custom spectral library using standards that can be employed to identify unknown component peaks in a sample,” Mottier explains. “The fact that the data-processing software automatically identified the compounds against our in-house library meant that the routine workload was diminished— especially as the need for the injection of reference compounds was only required in the case of confirmatory analyses.”

Other scientists also apply MS methods to analyzing dyes. Scientists from Taiwan’s Food and Drug Administration and Ministry of Health and Welfare, for example, described a method of testing food for 20 synthetic dyes with liquid chromatography and tandem MS. As reported in the Journal of Food and Drug Analysis in 2015, this method could reveal many red dyes and ones that added other colors. The scientists tested this method on 18 commercial chili powders and six commercial syrup-preserved fruits. Most of the results revealed the use of legal dyes, but some of the fruits included amaranth, a red dye that is illegal in some countries, including the United States.

Other technologies can also be used to analyze dyes in foods. For instance, scientists from the University of Oklahoma and Louisiana State University of Alexandria combined spectrophotometry for ultraviolet and visible light with the partial least squares chemometric method to detect erythrosine B, plus a blue and yellow dye. As the scientists reported in Applied Spectroscopy in 2017, they trained the process with 64 samples and then tested its accuracy. For the results, the scientists concluded that the “relative error of prediction for the test set were 11.73 percent, 19.52 percent, and 19.38 percent for blue, red, and yellow dyes, respectively.” Then, the team applied the same process to real samples of candy and reported that “replicated synthetic spectra were also obtained indicating the model as a potentially accurate method for determining concentrations of dyes in food samples.”

As this relatively short assessment shows, even analyzing red dyes in foods can be complicated. Likewise, the health risks might not be as clear as we’d like, especially for imported food products. As shown, a dye can be legal for use in foods in some countries but not in others. So, even the experts don’t always agree on which dyes are safe and which ones are dangerous. The best idea might be to follow Ruda-Kucerova’s advice: “I would sum up that moderation is the best approach when it comes to intake of food colorants.”

There’s more work to do in determining the safety of dyes to humans and the environment. This work will continue as some underhanded food makers keep cutting corners with illegal industrial dyes when possible—all to save money, even if the results could be dangerous. Fortunately, some food vendors, like Dunkin’, set a good example—proactively improving the food dyes in products.

To some, though, the red dye concern might seem like nothing but clatter. Still, we researched this topic to see what was the matter. From reviewing all the evidence that was in sight, I’ve come to the conclusion that Ruda-Kucerova is right, which leaves just one last line to write: Happy holidays to all and to all a good night!