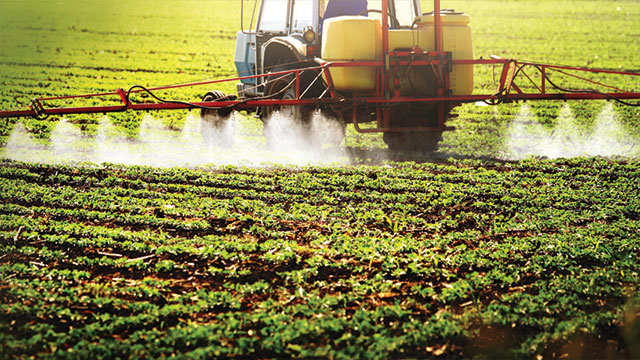 In an analysis completed in 2016, the Organization for Economic Cooperation and Development (OECD; Paris, France) estimated that the worldwide impact of counterfeit, adulterated, and pirated goods reached $461 billion in 2013. Countries hardest hit by the global trade in bogus products were the United States ($20 billion), Italy ($15 billion), France and Switzerland ($12 billion each), and Japan and Germany ($8 billion each). The most egregious offenders by far were China (61 percent of all fakes) and Hong Kong (21 percent).

Because some studies include pirated entertainment and some do not, an Internet search will yield widely varying numbers for economic impact.

Irrespective of the tallying technique, counterfeiting is a big problem that affects end users and patent holders alike. The effects are mostly economic, but consider the potential consequences of taking a bogus medicine.

While counterfeiting and adulteration affect high-value products, most high-volume products of medium-to-low unit value are also susceptible. For example, the adulteration of honey, wine, and olive oil is common. Pesticides, which are middle-to-low value in terms of dollars per pound, nevertheless present a unique incentive for counterfeiting because of their extremely high-volume use.

As expected, the trade in lower-cost fake pesticides is more prevalent in developing countries. Experts believe that in China and India, 30 percent and 20 percent, respectively, of pesticides applied to crops are counterfeit.

As with most formulated products, pesticide counterfeiting incorporates several strategies, each with unique downstream effects on the economy and public health.

Pesticides containing little or no active ingredient simply will not work, resulting in crop losses and potential shortages of some agricultural products. Substituting active ingredients is hit-and-miss, depending on the safety and effectiveness of the substituted ingredient: some replacements work, some do not; some are toxic to humans and the environment, some aren’t.

Since repeat business is out of the question with ineffective or manifestly unsafe products, most pesticide counterfeiting takes a more subtle form.

The most effective counterfeiters duplicate the original product formula to the best of their ability—down to concentrations of actives and major excipients. Because analyzing for the active ingredient tells little about such products, Avomeen Analytical Services (Ann Arbor, MI) applies reverse engineering or “deformulation” of suspicious pesticides, side by side against the genuine item.

“From there, we develop test methods to determine if the product in question is counterfeit,” says Andrew C. Kolbert, PhD, Avomeen’s president and chief technology officer. One aspect of this exercise is to determine whether, by virtue of active constituents and formulation, a legitimate manufacturer has infringed on another’s intellectual property.

WHY DEFORMULATE WHEN SIMPLE ANALYSIS WILL DO?

“Anyone producing counterfeit pesticides knows what’s in the original or patented product,” Kolbert tells Lab Manager. “From the user’s perspective, if it’s the wrong concentration of active, it’s easy to test. If it’s not right, you can quantify it. That’s not a very subtle way to cheat customers. You have to look for the components that the counterfeiters left out or didn’t think of, even though the active and excipients are the same.”

But what if the faux formulator is really, really good and the product is exactly the same?

According to Kolbert, that is virtually impossible. “Genuine and counterfeit pesticides will never be the same. The originator is not required to list how much of every excipient is in there. Nor are all processing chemicals and machines exactly the same. The rubber and plastics that products come into contact with in plant A are not the same as in plant B. There are always markers unique to the legitimate product that are impossible to duplicate.”

In fact, patent holders will often add trace markers that do not show up on the product label or its registration forms. These are extremely difficult for a counterfeiter to duplicate but the original manufacturer knows where and how to look for them.

If literature reports are any indication, counterfeit pesticides are a greater problem in the European Union than in North America.

The European Union Intellectual Property Office (EUIPO) recently released a report indicating that fake pesticides are responsible for losses of $1.4 billion per year, equaling the loss of 14 percent of legitimate revenue from bona fide pesticides, and the loss of approximately 2,600 jobs in the European pesticides industry. Small- to medium-sized manufacturers, which do about 40 percent of the business in pesticides, are particularly hard hit.

“If the knock-off effects on other industries and on government revenue are added, when both the direct and indirect effects are considered, counterfeiting in this sector causes approximately €2.8 billion [about $3.3 billion] of lost sales to the EU economy,” according to the report.

There is also the cost of damaged brands, which is difficult to quantify.

Germany uses about 95,000 tons of agricultural pesticides, containing 32,000 tons of active substances, yearly. In Germany, pesticides undergo a authorization procedure, and are monitored post-marketing to assure that product compositions correspond with the formulas under which their usage, or that of parallel products, was authorized. These formulas are called specifications.

In the EU, products with the same specifications (i.e., composition) as registered products may be imported from other member states without additional registration, but their identity must be established—first through paper documentation, and then if a doubt exists, by analysis.

Identity confirmation occurs at several levels, which include analytical methods. Tests include concentrations of actives and other ingredients, determination of physical and chemical properties, and impurity analysis. Testing uncovers counterfeit formulations, unauthorized or improperly labeled generic products, and batches that no longer correspond with licensing authorizations.

The specifications for genuine pesticides are established through regulatory filings, which impose tight constraints on concentration ranges for critical ingredients, excipients, and impurities.

Primary identifying criteria include appearance, density, and emulsifying behavior; irregularities are grounds for a determination of nonidentity, as are deviations from secondary criteria, such as pH, flashpoint, persistent foaming, and surface tension.

Active substances are the most critical pesticide ingredient, but tolerable deviations between declared and active substance content for plant pesticides vary according to product homogeneity and advertised concentration range. A five percent deviation is generally acceptable.

For pesticides, GC-MS or LC-MS are the analytical methods of choice, but other methods may be employed individually, for example, in particle-size analysis. In Germany, about 20 percent of pesticides with volatile components are analyzed by GC-MS. LC-MS handles the remainder.

While protocols and practices may differ between state regulators and private companies, the methods and approaches are similar.

For example, the order of primary or secondary criterion analysis is not set in stone. “Which tests occur depends on the level of suspicion for a product,” says Martin Feyerabend, PhD, president of Eurofins Agroscience Services (Lancaster, PA).

“Authorities in Germany test more or less randomly. However, primary producers may have a more concrete basis for suspicion of counterfeiting, and will know better what parameters to look for.”

Eurofins performs both general surveillance testing and analysis when fraud is suspected.

“In the latter case, we consult with the client on a testing regime, for example, analyzing the sample against the actual product specification. For random sample screening, we and the client agree on a stepwise, tiered analytical approach.”

Analytical techniques for detecting and identifying counterfeit pesticides all suffer from the drawback of being reactive. In the best-case scenario, red flags go up at the distributor level, before serious damage is done. In the worst case, the genie is out of the bottle: the shipment is completed, the purchase order is fulfilled, money has changed hands, and in some cases the counterfeit material has entered the food chain and the environment.

Many counterfeiting-prone industries therefore turn to track-and-trace options to reduce the potential for fraud at the earliest stages. Track and trace requires a level of cooperation between the manufacturer and user, but it alerts stakeholders to the likelihood of monkey business before events occur that are difficult to retract.

For example, the Verify Platform from Verify Brand (Minneapolis, MN) uses secure unique identifiers (sUIDs) and product traceability features for complete chain-of-custody tracking, creating a secure audit trail and alert system from the point of production to end-user delivery through web-based reporting tools. A secure website and mobile apps provide access to real-time data and analytics. As such, track and trace could be viewed as the first line of defense against counterfeiting, or even a front end for analytical methods. Codes may be redeemed once, or authenticated in accordance with predefined rules to allow checking a parent-level container or child-level unit package at various points within the supply chain.

Track and trace involves authenticating a machine-generated identifying code on product labeling or packaging against entries in a industry insights: environmental database. Multiple security features such as tamper-evident seals, holograms, and unique identifiers, in the form of human-readable alphanumerics, barcodes, nearfield, or RFID, may be combined to provide a higher level of assurance.

Verify Brand has worked with large chemical and pesticide manufacturers, as well as producers of high-end alcoholic beverages. Because brands typically don’t broadcast their anticounterfeiting efforts, so as not to tip off counterfeiters, manufacturers are hesitant to discuss the details of their brand-protection programs or allow the brand’s name to be used in case studies, says Curt Tomhave, senior VP for professional services at Verify Brand. “The last thing they want is to publicize their anticounterfeiting tactics. For that reason, it has been difficult to provide specific proof of success, which can make demonstrating the value of brand-protection software challenging.”

Tomhave notes that whereas analytical methods are covert and require lab analysis, digital authentication and track and trace are overt and based on communicating with the end user. “While digital authentication and track and trace may not guarantee beyond a shadow of a doubt that the product attached to the unique identifier is genuine, it gives the consumer greatly increased confidence that the product is authentic, and provides the brand owner with tools to investigate an illegitimate source.”